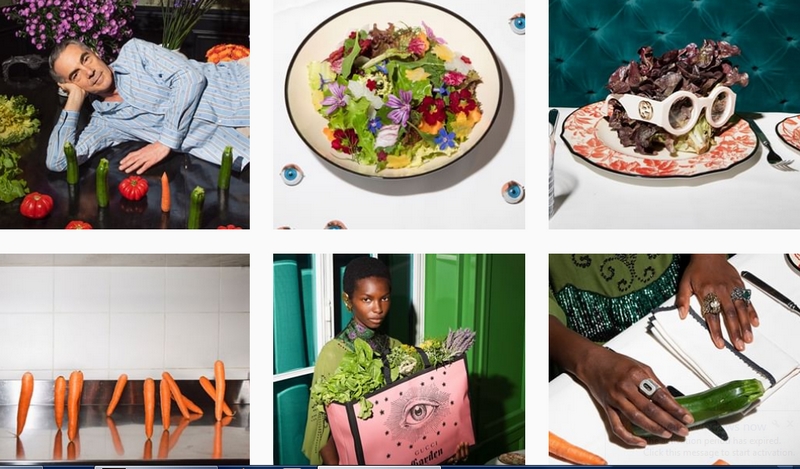 This article titled “French dressing: how cooking became the new couture” was written by Jess Cartner-Morley, for theguardian.com on Wednesday 27th May 2020 07.00 UTC

Here are a few things that I have not done during the past two months. Wear high heels. Pick out a handbag because it works with a certain outfit and transfer contents into it from another bag. Go to the dry cleaners. Think about what I’m going to wear tomorrow. Change from a day to evening look, except on days when I have still been wearing my morning exercise gear at 6pm – and even then, I haven’t always bothered.

And here, on the other hand, are a few things that I have done: made a souffle for the first time ever. Through trial and error, nailed a failsafe béarnaise sauce. Pitted bowls of cherries for clafoutis. Eaten a salad made from rocket and radish leaves that I grew myself.

Making dinner is the new getting dressed in my lockdown life. Friday early evening once meant a drive-by visit to the kitchen for a G&T, and then upstairs for the serious business of trying on eight different dresses before putting the first one back on again. Now, my day-to-night change means putting my hair into a ponytail so that I can cook, and then it’s straight to the kitchen. The deliveries I get excited about aren’t from Net-a-Porter, they are from the local butcher – and are almost as expensive, unfortunately. Instead of blisters on my feet from wearing my Prada sandals, I have welts on my forearms from being a klutz with a paella pan. The seasonal drops in stores I get excited about these days? Asparagus and alphonso mangoes.

It’s not that I’m wearing disgusting clothes, I should add. I still love a nice summer dress on a sunny day and I have not gone a day without earrings. But without the context of where you are going out to, to do what, and with whom, and what they will be wearing, and how you are getting there and where you might end up later – without all that, getting dressed is a lot less spicy.

A simple diet of sundresses and sandals leaves me with time and headspace that I am sating by cooking. My love of clothes and fashion is always much less about shopping than it is an endless conversation inside my own head, and that conversation is much less involved than it usually is. For example: I have a pair of trousers that I used to think of as my “slightly nicer dog-walking trousers”. Now they are just “my trousers”. So the time I used to spend thinking about clothes and dressing up, is now all about recipes and cooking.

And it’s not just me. The fashion world has pivoted en masse to food. Designer Simon Porte Jacquemus made a video for French Vogue explaining how to make pizza. Michael Kors has been baking pineapple upside down cake. (“There’s a thrill when you flip the pan perfectly and find the glaze at the bottom.”) Laura Kim, co-designer at Oscar de la Renta and Monse, shared her recipe for “an elegant, yet complicated, French dish called chou farci” – an Instagram-worthy stuffed savoy cabbage. Gigi Hadid has been teaching her fans how to make a remarkably unsupermodelly dish of macaroni cheese with no fewer than three different kinds of cheese. Tan France and Emily Ratajkowski co-hosted an Instagram Live tutorial on baking chocolate-chip cookies. The Milan-based fashion photographer and writer Tamu McPherson has kept up appearances indoors by perfecting an indoor sartorial code she termed “lockdown cute”, but has also perfected her pumpkin risotto. The singer Selena Gomez, Vogue cover girl and star of Louis Vuitton and Coach campaigns, has been signed up for a 10-part HBO cookery series on the strength of her quarantine kitchen skills.

There is delicious comedy to be found in fashion’s conversion from canapé trays to traybakes. “How do you chop a garlic?” asks Hamish Bowles, editor-at-large for American Vogue, during a video tutorial with cook and food writer Skye McAlpine in which she teaches him to make chilled almond soup, and salmon en papillote. Later, holding up a clove of garlic, he asks: “Is this a clove or a bulb?” However, what Bowles lacks in culinary knowhow he makes up for in a chateau-worthy collection of vintage crockery, over which I defy any reader of Hamish at Home not to swoon.

But the driving force of fashion’s new food obsession is the same shift that has moved the needle on all of our lives. Our worlds have shrunk to fit inside our homes. We are trying to take care of each other, and food and love are all mixed up together. Our social lives are now the people we live with, and cooking a nice dinner is a way to turn another evening in into an event. I have started making a roast every Sunday because, in a time when I can barely remember what day it is, lemon and tarragon roast chicken makes the house smell like Sunday. The fashion world, on brand as ever, is being a little extra on this front. If you are missing the fennel linguine you always order at the Gucci Osteria in Florence, you can learn to make it at home, courtesy of Vogue. Or you can teach yourself to pickle cucumbers or to bake panettone perdu. Just whatever you do, don’t make banana bread. That is so last week, sweetie.