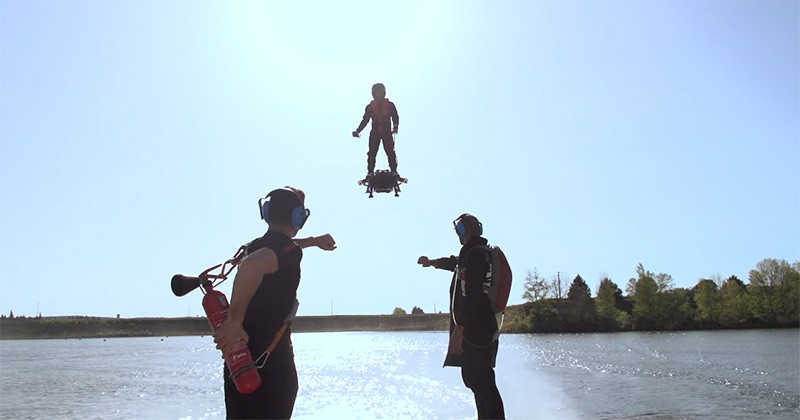 The French jet ski champion Franky Zapata, the man who invented the jet-powered Flyboard Air, has achieved the dream of all men. The Jet-powered prototype Flyboard Air set a world record for farthest hoverboard flight. Zapata flew his hoverboard for 2,252 meters (7,388 feet) with an average speed of 50-60km/h over Sausset-Les-Pins (south of France) sea shore.

The innovation Flyboard Air tested by Franky Zapata is an independent propulsion Unit representing 4 years of hard work for a result exceeding all records: an autonomous flight up to 10,000 feet, a top speed of 150km/h (93,2 mph), and 10 min autonomy.

Although the UFO is still in prototype phase and won’t be on the market in 2016, it has exactly the same behavior as the ESH Flyboard Pro Series.

Those who wants to feel the thrill, or pending the governmental approval, can discover Zapata Racing products: Flyboard Pro Series , Hoverboard by ZR, and Jetpack by ZR that allow you to fly safely over the water.