Bugatti La Voiture Noire is a far more than the interpretation of Jean Bugatti’s Type 57 SC Atlantic. It is the most expensive new car of all time. For €11 million (before tax) this unique car has already been sold to a Bugatti enthusiast. Bugatti La Voiture Noire is a vehicle that takes up the legend and carries the idea forward to the present day. This is a tailor-made car only comparable with haute couture.

For Bugatti, the coupé represents the perfect form with a perfect finish. With its extended front end and the distinctive Bugatti C-line, the “Voiture Noire“ creates an elongated impression with the elegant waistline defining the contours of the coupé.

Purism and elegance are reflected in the surfaces and clear lines. The bumpers are smoothly integrated into the body and the windscreen seems to flow seamlessly into the windows at the sides like the visor on a helmet. Without any irritating lines, the surface is “all of a piece” and there is nothing to disturb the optical flow. 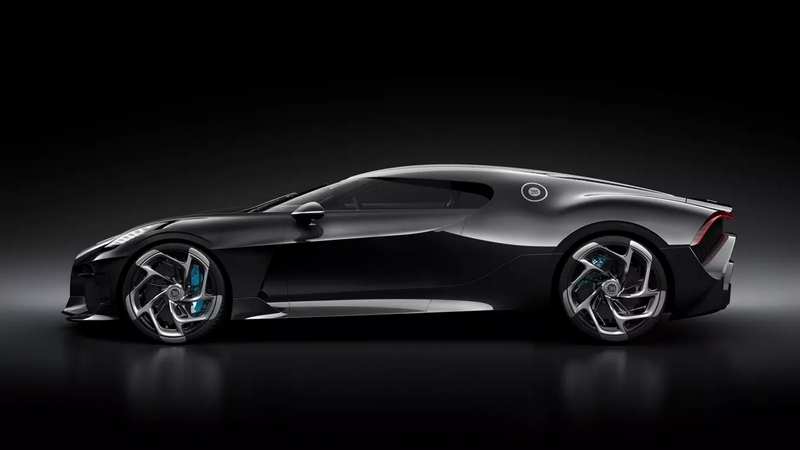 The hyper sports car has changed its attitude and become a grand tourisme – ideal for comfortable travel on long trips.

The heart of the new creation is the astonishing 16-cylinder engine – unique in the automotive world, says Bugatti. “This is not only an engine but the heart of the vehicle and a technical masterpiece. There is no other car in the world with such an engine. It is not only extremely powerful but also beautiful to look at,” said Stephan Winkelmann, Bugatti President.

The 16-cylinder engine with a displacement of 8 litres develops 1,103 kW/1,500 PS and 1,600 Newton-metres of torque. Six tailpipes at the rear bear witness to its incredible power and are also a tribute to the 16 cylinders. 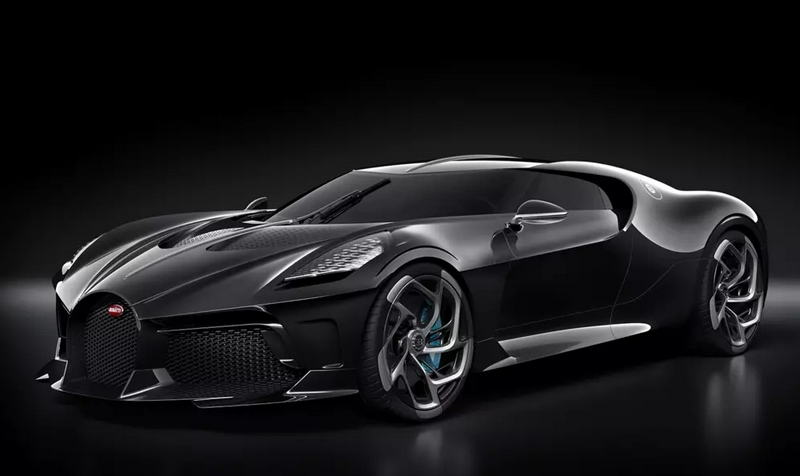 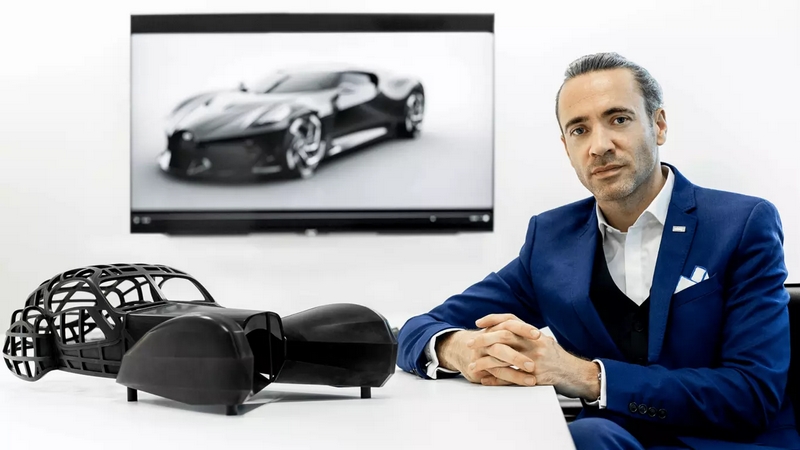 We worked long and hard on this design until was nothing that we could improve.

“Every single component has been handcrafted and the carbon fibre body has a deep black gloss only interrupted by the ultrafine fibre structure. This is a material that has been handled perfectly,” said Bugatti’s Head Designer Etienne Salomé.

“The true form of luxury is individuality. ‘la voiture noire’ is now at the cutting edge of automobile production. it is a sculptural beauty with unique technology, the ideal grand tourisme,” added Winkelmann. This is a coupé with the comfort of a luxury limousine and the power of a hyper sports car.

The exclusive new “Voiture Noire“, the black car, is a reminiscence of “la Voiture Noire“ a Type 57 SC Atlantic that was Jean Bugatti’s most famous creation. The outstanding design feature was a dorsal seam running from the hinge in the split bonnet through to the rear end. The Type 57 SC Atlantic was one of the most extraordinary grands tourismes. Nowadays, it is one of the most valuable classic cars in the world. Only four Atlantics were made between 1936 and 1938, each of them with detailed differences created individually for a customer. Three of these extraordinary coupés are still in existence. The second car built was used by Jean Bugatti himself as well as some of the Bugatti grand prix drivers among his friends. The world has been searching for this Atlantic for more than 80 years – it is one of the great mysteries in the history of the automobile. 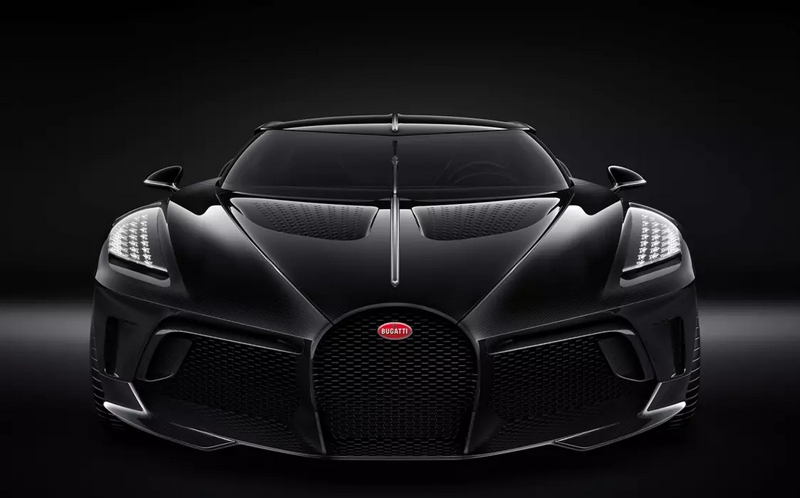 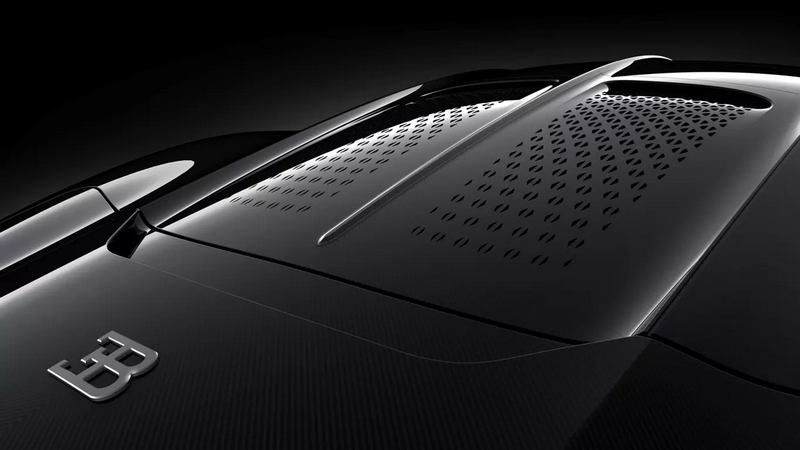 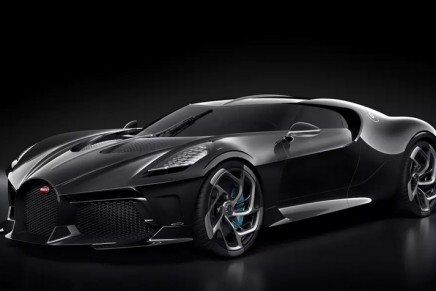 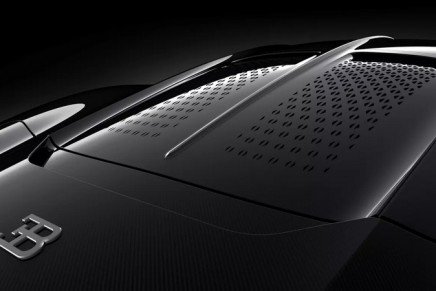 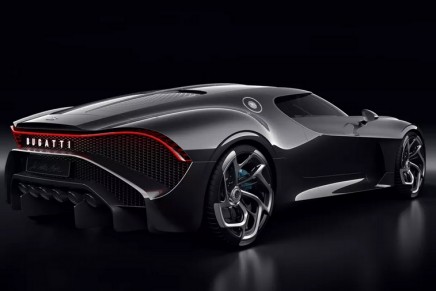 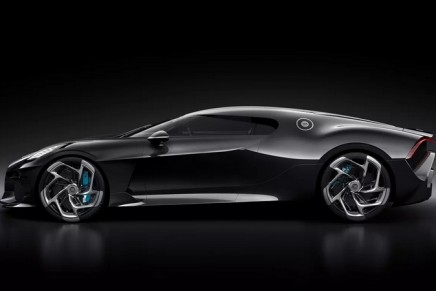 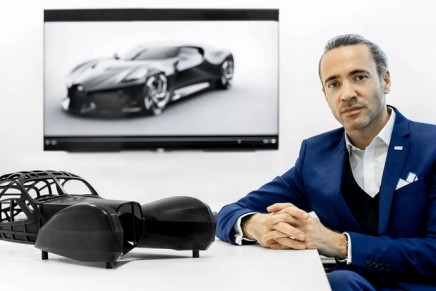