A move announced in 2012, The Park Hyatt brand makes its entry into Bangkok, marking the first Park Hyatt hotel in Thailand. Centrally located in the heart of the Thai capital’s central business district, Park Hyatt Bangkok hotel sits on the top floors of the Central Embassy.

As the first Park Hyatt hotel in Thailand, the high-end hotel created industry buzz well before its opening, earning the ‘Most Anticipated Hotel Opening’ title in this year’s Travel Top 50 annual survey conducted by influential design and culture magazine Monocle. 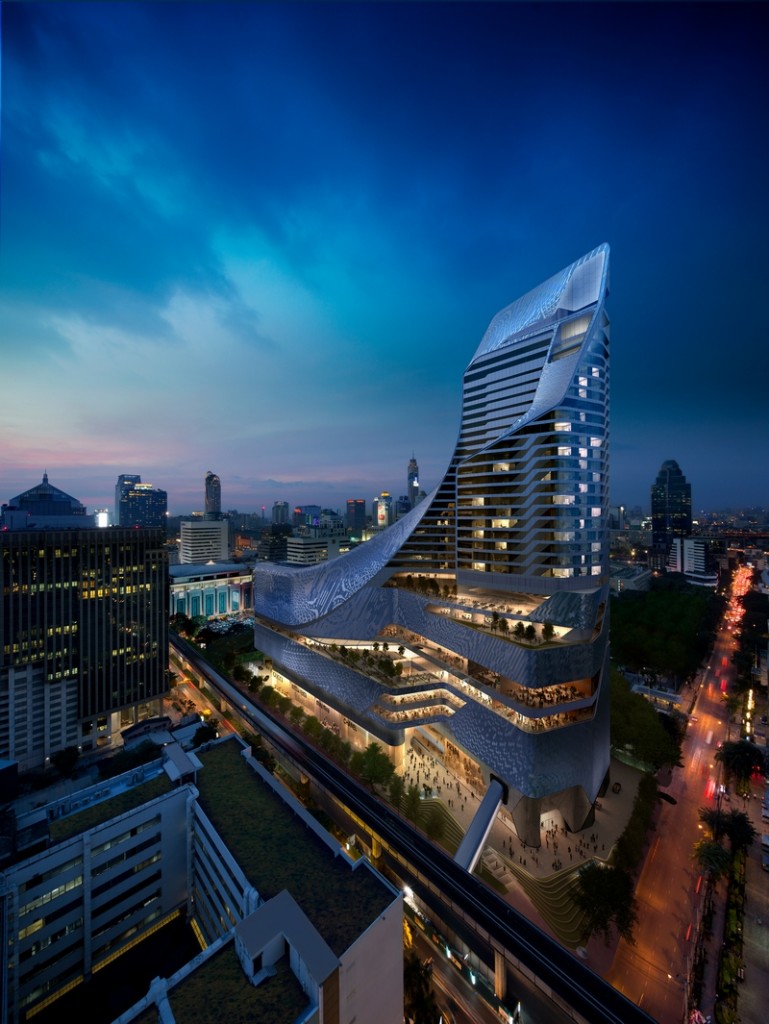 Once the scene of elegant garden parties hosted by the British Ambassador to the Kingdom of Thailand, the prime corner plot in the heart of Bangkok is now home to the newest Park Hyatt luxury hotel. The interior design brief – to create a private residence and sanctuary reflecting Thailand’s rich culture – was executed by New York-based Yabu Pushelberg, who also served as the designers of the brand’s flagship Park Hyatt New York hotel. This is the award-winning design duo’s first hotel in Bangkok, and they have created a calm and stylish environment unfolding through a series of unique and intimate spaces. New York-based AvroKO designed the three uppermost floors of the hotel’s Penthouse Grill & Bar. 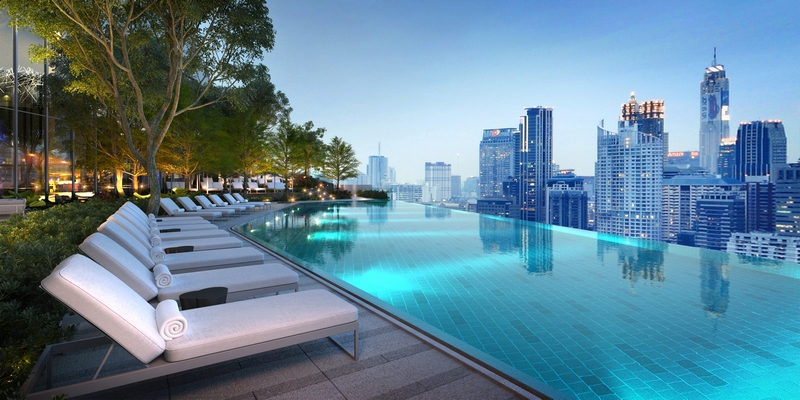 Similar to other Park Hyatt hotels, art is intrinsic to the experience. Two of Park Hyatt Bangkok’s most dramatic installations were created by Japanese artist Hirotoshi Sawada. ‘Pagoda Mirage’ incorporates hundreds of small, conical copper swirls, suspended en masse to evoke the reflection of a pagoda on water. Equally striking is the ‘Naga’ (Level 9), a series of batons suspended from the ceiling that resembles a mythical water dragon traveling between the pool and internal waterfall.

“We found the perfect interior for Park Hyatt Bangkok is when all the parts – the lighting, materials, space, texture – work as a whole and you get this sense of calmness, of sensuality,” said designer and co-founder Glenn Pushelberg.

Park Hyatt Bangkok’s architecture is designed by AL_A, the London-based studio founded by Amanda Levete and Bangkok- based Pi Design (consultant architect of record). The hotel and an adjacent luxury shopping mall are bound together by a continual looped form merging plinth and tower. The twisted coil forms a three-dimensional figure of eight, a lucky number in Chinese culture. Drawing on motifs and patterns found in traditional Thai architecture, the eye-catching façade is clad in extruded aluminium tiles, creating a shimmering moiré-like pattern. The design comes together with spectacular views of the city from numerous outdoor terraces. 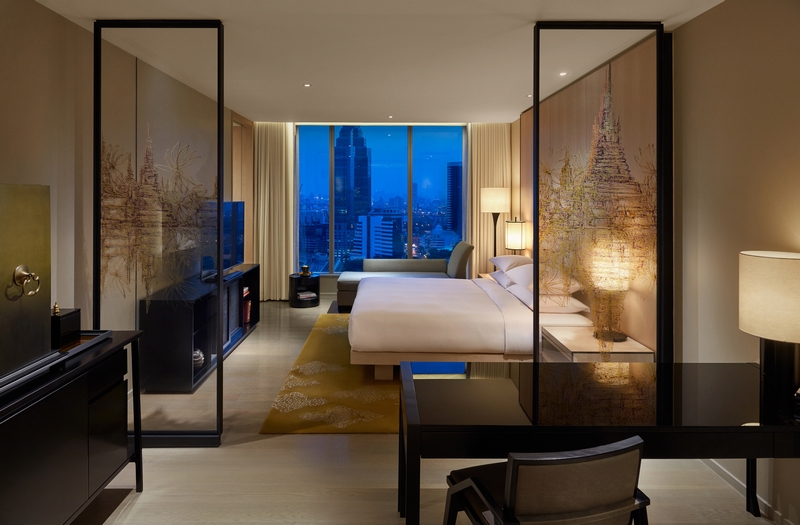 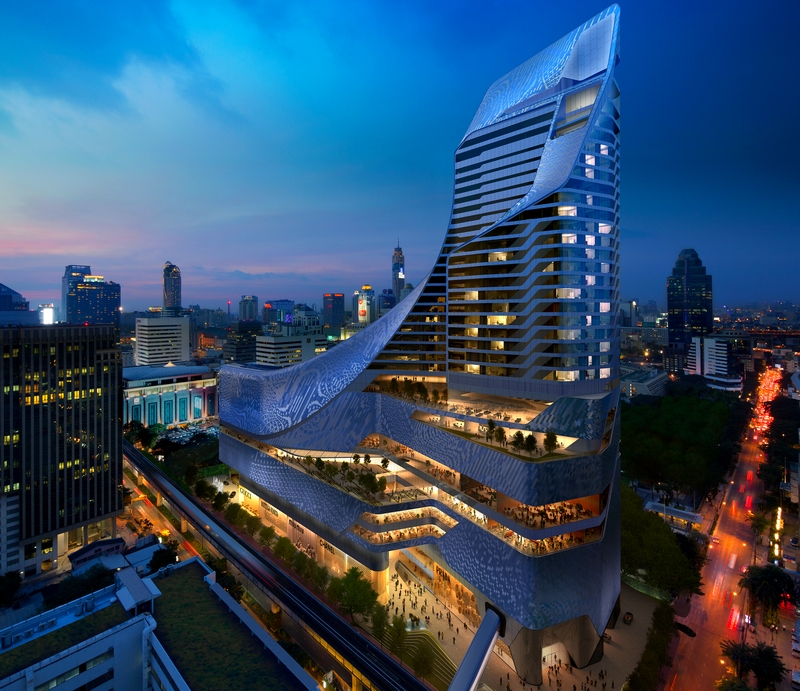 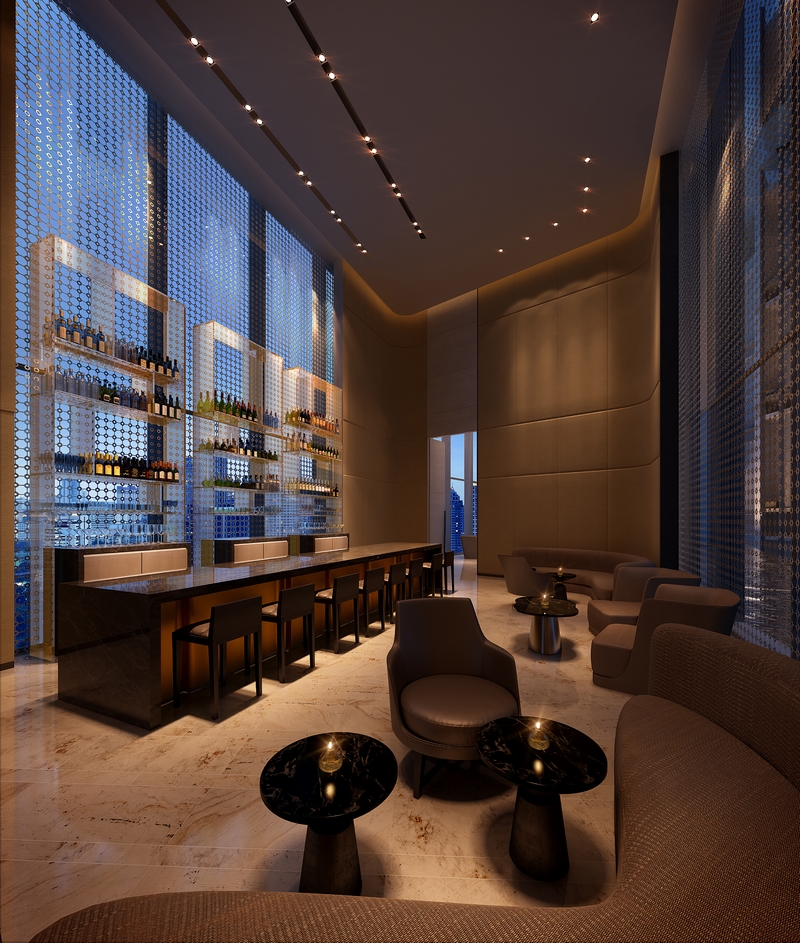 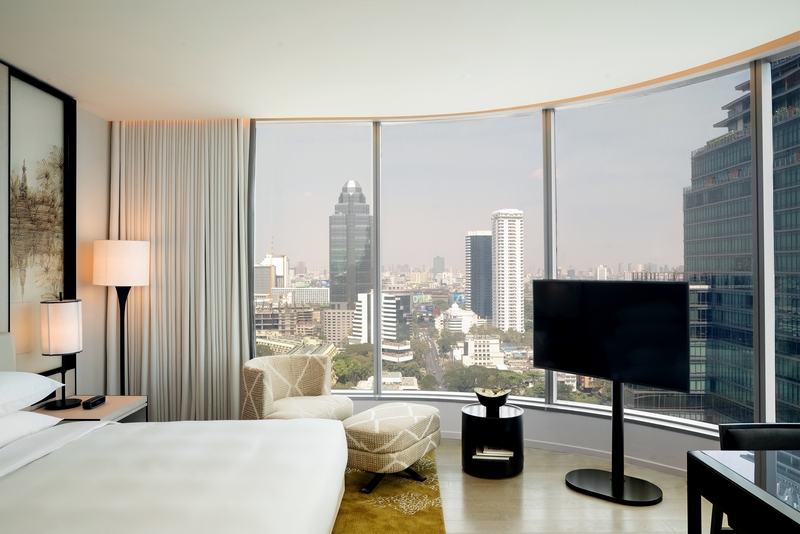 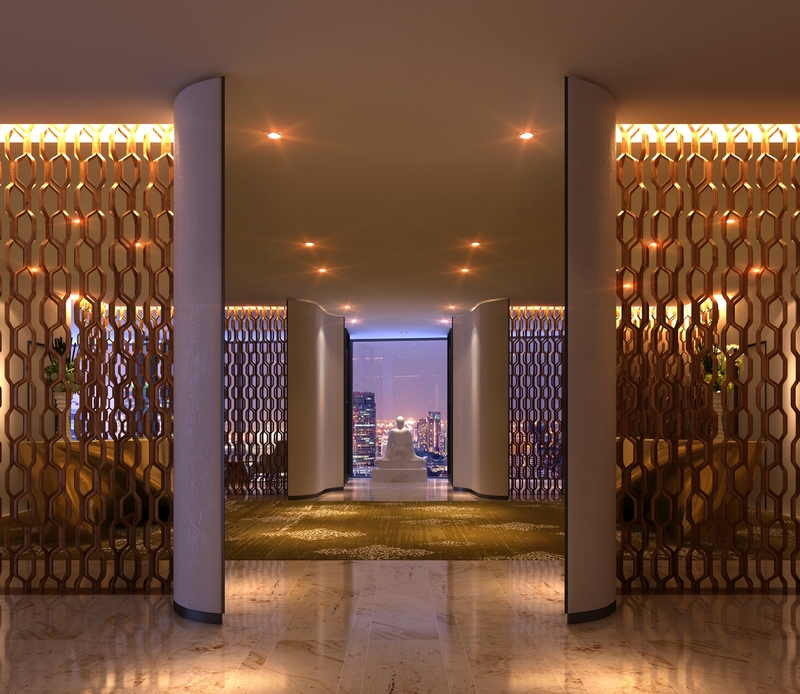 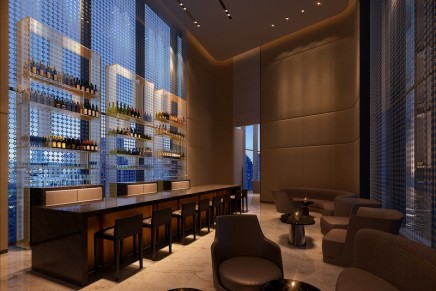 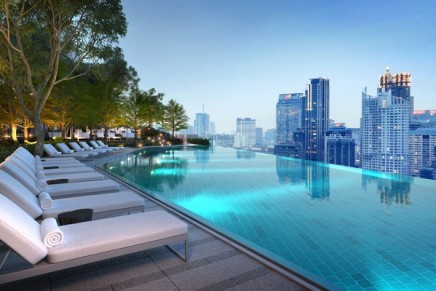 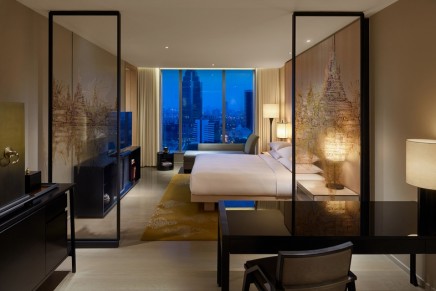 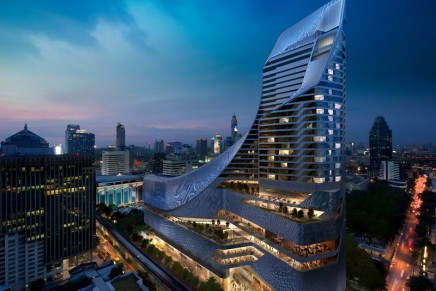 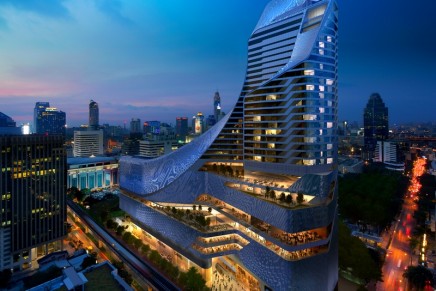 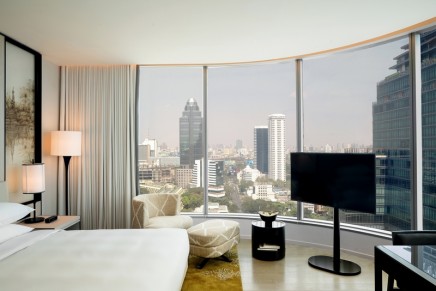 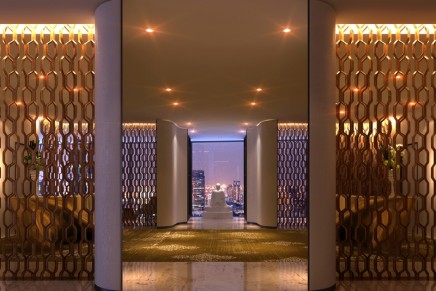