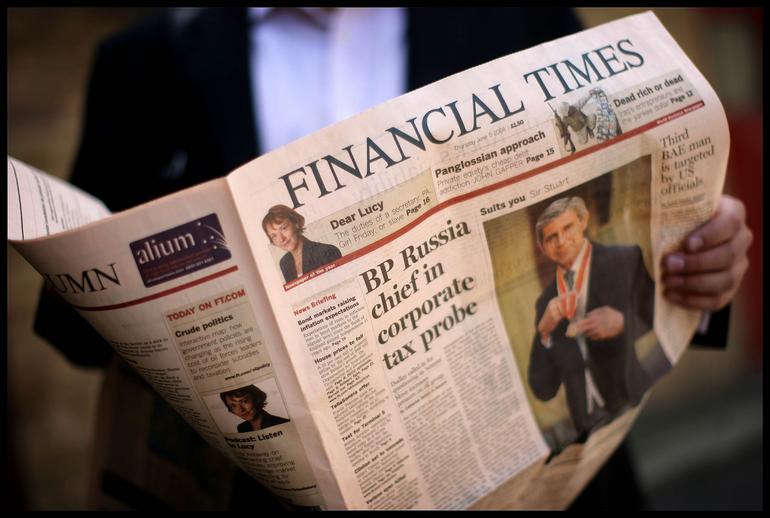 The Financial Times is in good shape, according to today’s trading update by its owner, Pearson.

It reports that the FT, across print and online, has achieved its highest circulation in its 125-year history at nearly 629,000, which is up 5% year on year.

Digital subscriptions have grown strongly, says Pearson’s nine-month interim statement. They are up 24%, to almost 387,000, over the nine-month period.

The FT’s strong digital growth comes within weeks of the announcement by editor Lionel Barber that the paper will be revamped in the first half of next year when it launches a single global edition.

Perhaps the most eye-catching statistic is that newspaper circulation “has achieved profitability this year for the first time”. It means that, despite falling print sales, the revenue exceeded the cost of print production and distribution.

This is surely due to the cover price increases in January 2012, when weekday issues were raised to £2.50 and the Saturday issue went up to £3.

Advertising is said to remain weak and short-term, but the group has registered growth in digital and luxury advertising, including a 23% increase in mobile.

One notable success is its glossy magazine’s online offshoot, HowtoSpendit.com, where advertising revenues grew 41% year-on-year on the nine-month period up to September.