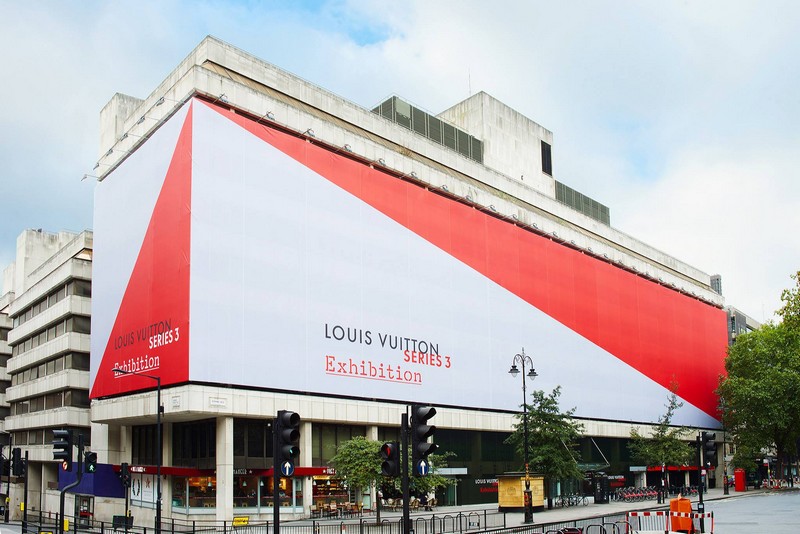 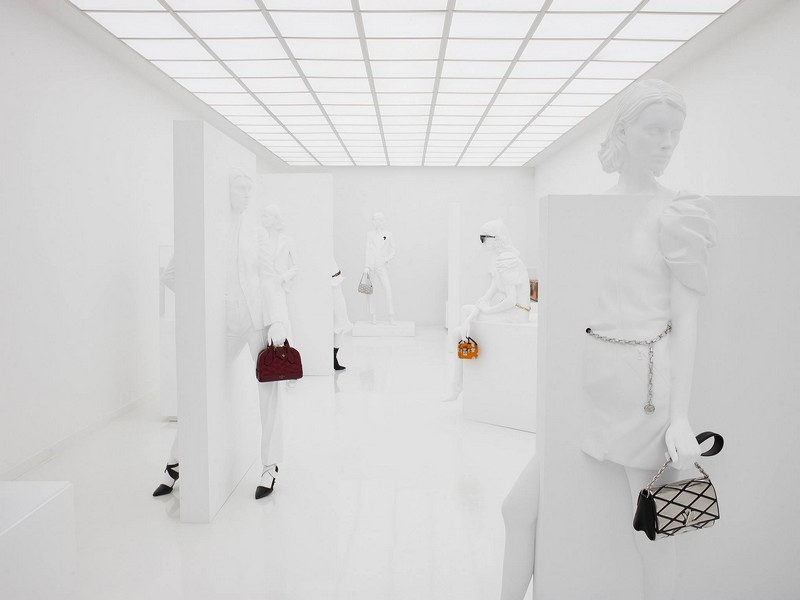 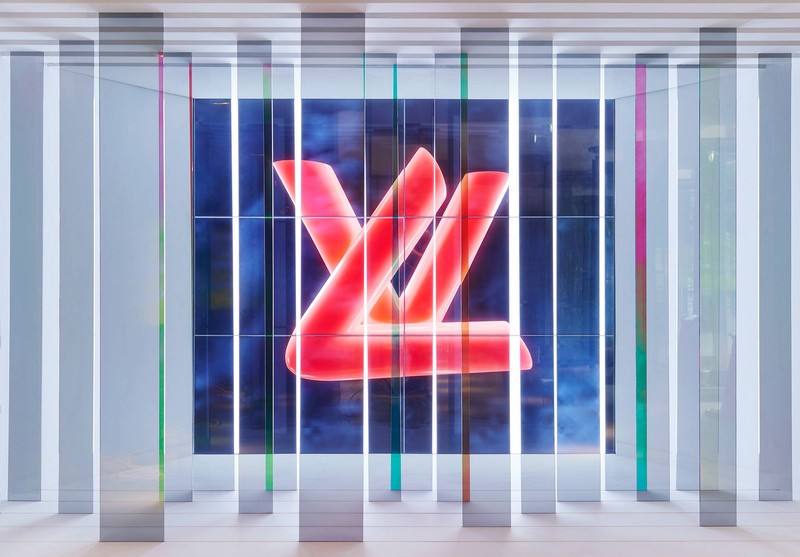 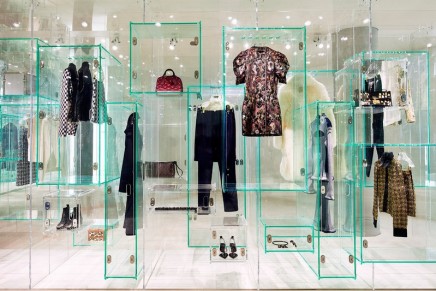 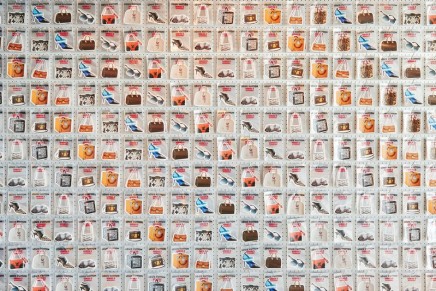 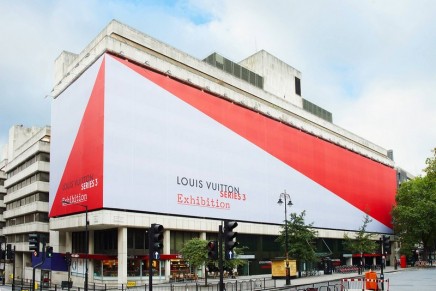 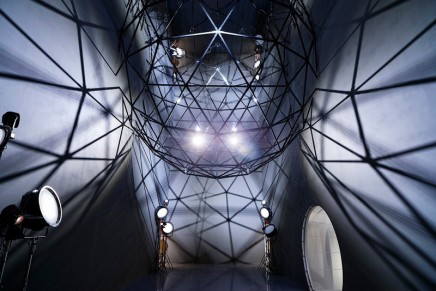 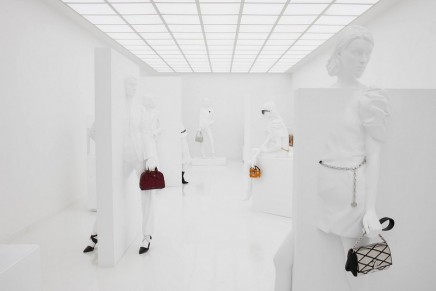 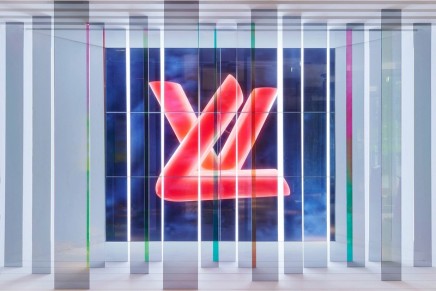 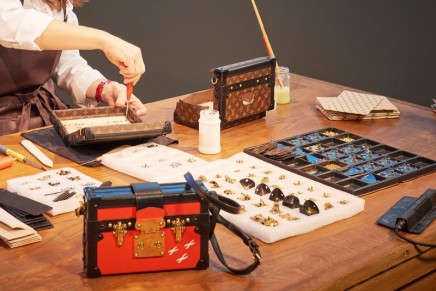 This article titled “Fashion makes an exhibition of itself to pull in the public” was written by Lauren Cochrane, for theguardian.com on Saturday 19th September 2015 23.05 UTC

At this month’s London fashion week, the brightest and the best of British designers have made room for visitors from all over the world. Mega-brands continue to flock to the capital for its cool factor. Versus, the younger line of Versace, brought a typical splash of glamour showing the spring/summer 2016 collection.

Louis Vuitton, the storied Parisian fashion house, has made a more permanent move. This weekend has seen the brand launch a free exhibition in central London, with the aim of bringing the environment of a fashion show to the public. It is open to visitors from tomorrow for a month’s run, after a lavish private view for the fashion crowd .

Called Series 3 and housed in a disused building on the Strand, this exhibition is an ambitious project. Overseen by set designer Es Devlin in collaboration with Louis Vuitton’s creative director, Nicolas Ghesquière, it focuses on the autumn/winter 2016 collection originally shown in Paris in March.

Devlin, who has worked with Ghesquière on sets since he started at the house, is a good choice to create the kind of experiential exhibition the public now expect. She has an impressive CV, working with the Royal Opera House and on the 2012 Olympics closing ceremony, as well as Kanye West’s tours.

Over two floors and 10 spaces, visitors can play at being fashion editor, watching footage of models walking in the show and sitting in a recreation of the Paris venue. One room is like an aspirational walk-in wardrobe, with the designs hung beautifully inside glass closets. There is also the opportunity to gain access to the inside of Ghesquière’s mind with a room that recreates a brand mood-board. Devlin describes the concept of the exhibition as “a way to share the goosebump bit of a fashion show with everyone, in a three- dimensional environment”.

Exhibitions such as this are not just a creative exercise, of course – they are great advertising. Thousands of visitors are expected over the month-long run. A brand with the global success of Louis Vuitton – whose parent company LVMH earned £22bn in 2014 – would no doubt have noticed the huge popularity of the Alexander McQueen exhibition, Savage Beauty, at the V&A, with nearly half a million people visiting. Exhibitions are now a way of reaching out to new consumers. Stickers of Vuitton designs and posters from the exhibition are being given away free.

The formula to plant the seed in their heads takes in Ghesquière’s modern vision for the house (he joined in 2013) and an emphasis on those classic party tricks of a heritage brand – history and craftsmanship. Vintage trunks are displayed alongside new designs, and in one room visitors can watch two artisans from the Louis Vuitton atelier putting together parts of the famous bags.

On a tour around the exhibition, Devlin said the idea behind it is “a dialogue between heritage and the future” and this is evident in the Instagram-friendly displays. There are tables visitors can sit at and watch the hands of artisans move on video screens in front of them.

Elsewhere, a dizzying round room has videos of models talking about the brand projected on the walls and a trunk in the centre of the display has a screen with images of inspirational figures for Ghesquière such as Catherine Deneuve. It makes visitors feel like the room is spinning. Devlin quipped: “If you’re not sure what’s happening and you feel slightly sick, we have done our job properly.”