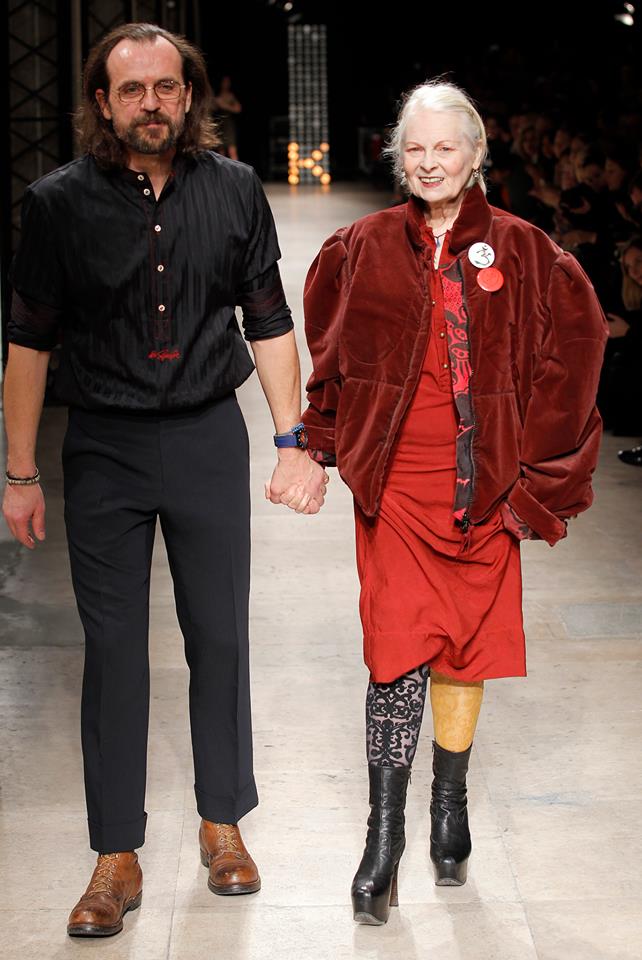 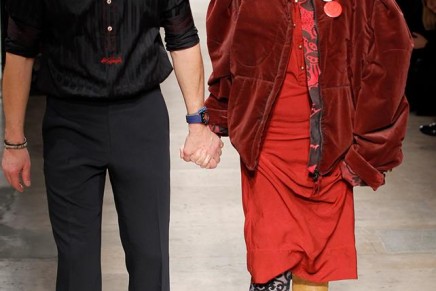 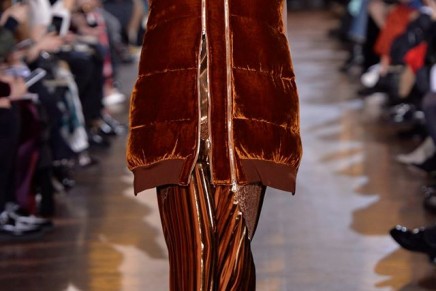 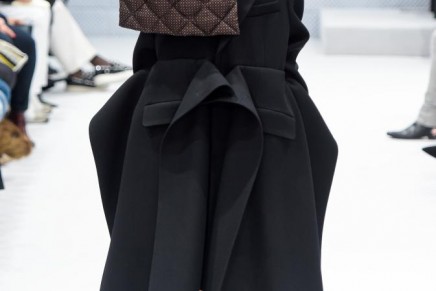 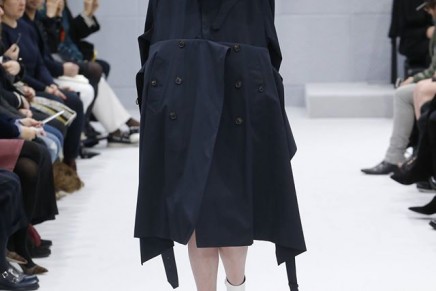 There’s something a bit rakish, a bit Quentin Crisp about a silk scarf. Though Crisp may have not been in mind at Chloé, where the inspiration was Anne-France Dautheville, an adventurer who travelled across Europe on a motorbike in the 70s. Carine Roitfeld, spotted front row in a black one accessorised with a leopard-print coat and huge sunglasses, was a different matter. She totally gets the Crisp reference we reckon.

One of the most French of clothing items, it’s no surprise that the trench had a moment at Paris fashion week. The difference was that the trenches here were a bit, well, weird. Balenciaga’s came with extra fabric attached to the front, while Céline’s were in soft leather, with long sleeves and bags attached to the back. Sure it’s a classic, but it’s far from familiar this season.

The velvet looks are piling up. The strokable fabric is one of the biggest trends of the autumn/winter season. It was big in Paris too – looking très sophisticated at Sacai, Stella McCartney and Vivienne Westwood. Our favourite was a bit different though: the shiny, oversized velvet trouser suits at Vetements. A bit 70s student, it’s best worn with a plaid shirt and a scowl.

When the outerwear wasn’t centred around trenches or anoraks, the other options, for when it’s cold next winter, were short boxy jackets, sometimes quilted jackets (Stella McCartney), sometimes bombers (Givenchy, the spiritual home of the posh bomber). The little quilted leather jacket at Chanel, worn with leather skirt and boots, was like a Rue Cambon-approved homage to Marianne Faithfull’s Girl on a Motorcycle look. Fabulous.

Straight hemlines are beta next season – you’re no one unless your skirt hits at least three places on your leg. This idea was everywhere – Chloé, Balenciaga, Sacai – but looked particularly splendid at Loewe, on outfits that had a little bit of the Rey from Star Wars about them. Although, whether or not they’re desert-proof is yet to be confirmed.

Pleats have been around for a while in fashion – arguably, all thanks to a gold pleated midi skirt in Alessandro Michele’s resort collection for Gucci, which went on to become a bit of thing thanks to Alexa Chung looking fetching in it. They’re here next season too, at Sacai, Balenciaga and Stella McCartney. McCartney’s were eye-catching – the inside of each pleat was metallic, and flashed as the models walked. Clever, cool and easy to wear. That’s what we like.

Stella McCartney said backstage after her show that the key to day-to-night dressing was clothes that only needed “an earring and an eye” to dress up – fashion singular speak for sticking on a pair of earrings and some eye makeup in the evening. Earrings were everywhere, from the colourful plastic ones at McCartney’s show to Saint Laurent’s 80s-style ear bling. The best were at Balenciaga, where models wore oversized gold safety pins. Punk and posh all at the same time.

Sure, day realness is in fashion next season – but Paris will always have a soft spot for a proper party girl. The dresses at Saint Laurent – made of tulle, extreme shoulders and tiny skirts – wouldn’t have been out of place at Les Bains Douches in the 80s, while the makeup was pure Robert Palmer girl. Add Anthony Vaccarello’s equally short’n’tight formula and lace concoctions at Givenchy and Chanel, and a wardrobe designed for spilling out of a nightclub at 4am emerges.