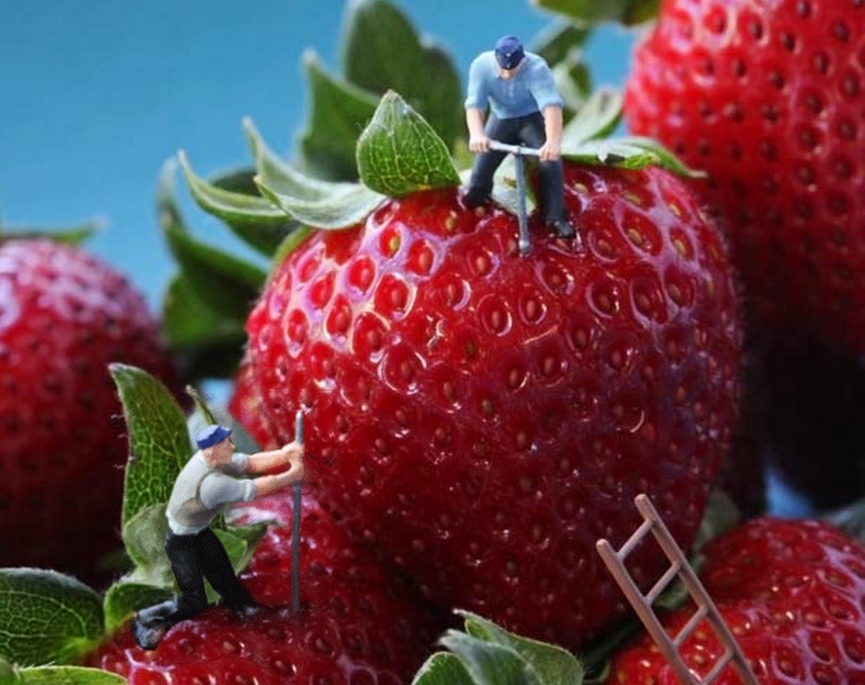 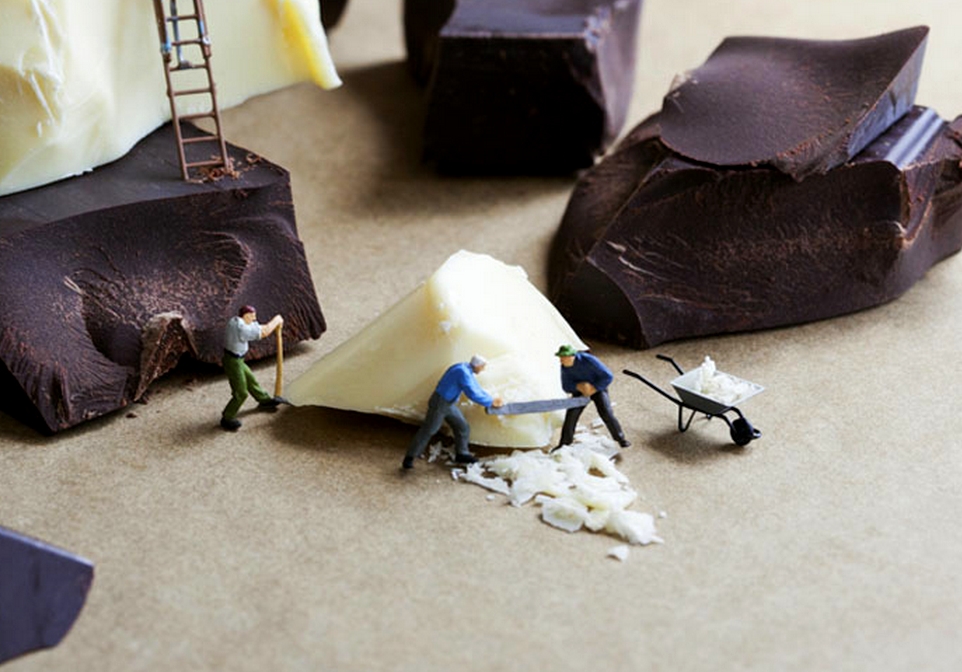 Inspired by “Honey I Shrunk the Kids” and “The Incredible Shrinking Woman” movies and culturally recurring theme of visual size disparity, photographer Christopher Boffoli has made a big splash with his series of fine art photographs featuring tiny figures photographed against real food backdrops. The theme goes back to the social satire of the 18th century’s Gulliver’s Travels. Now the work is headed to New York with a solo photography show, “Edible Worlds,” which opened June 21st at Winston Wachter Fine Art in Chelsea and runs through August 24, 2012.

Boffoli had been toying with the imagery concept for many years without much notoriety. But that all changed last year when some of his images were published in Europe and went viral. They’ve now been published in more than 85 countries. The photographs have recently been featured on a segment of a nationally broadcast television show, NBC First Look. They were also nominated this year for a James Beard Foundation Award.

“The elements of this work are toys and food,” says Boffoli, “so whether you eat with a fork, chopsticks or your fingers its power lies in its accessibility to all cultures, regardless of language.” The overall humor of the work translates very effectively as well, and the images are paired with hilarious captions which reinforce the visuals. But Boffoli says there are serious messages intended in the work as well. “There were definitely themes I wanted to explore that had to do with overabundance, portion sizes, and food spectatorship. Where else but America can people relate to towering slabs of chocolate cake? We super-size things and sell doughnuts by the dozen.”

You can find out more about Christopher Boffolli and his work at http://bigappetites.net/ 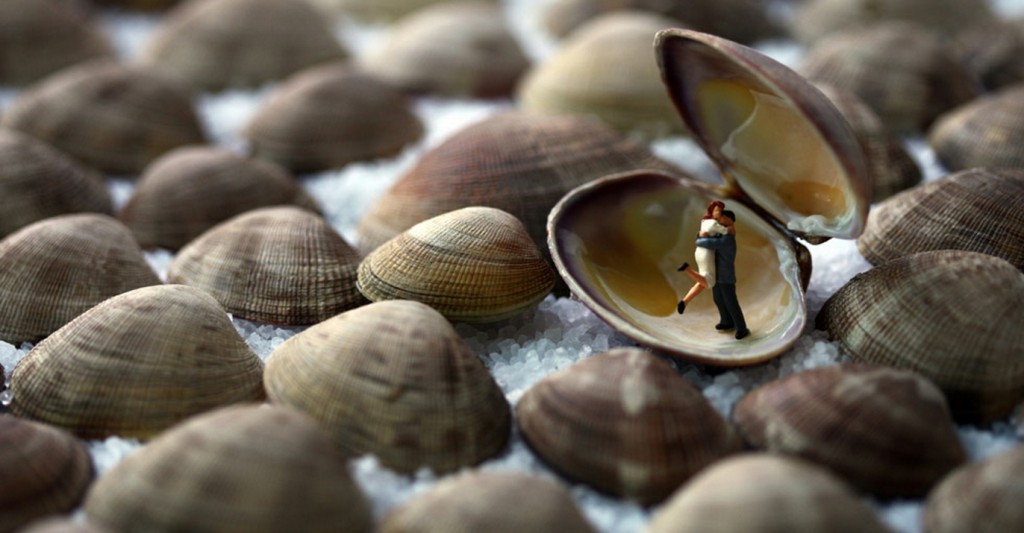