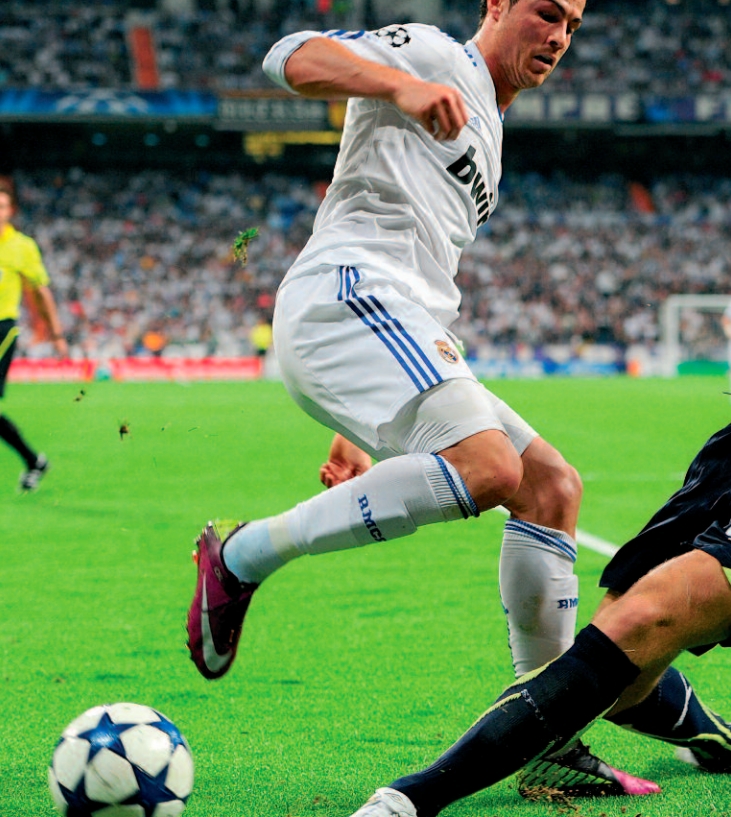 The 15th edition of the Deloitte Football Money League made a profile of the highest earning clubs in the world’s most popular sport. The top 20 Money League clubs generated combined revenues of €4.4 billion in2010/11, over a quarter of the European football market.

Continued growth in revenues of the top 20 emphasises the strength of football’s top clubs in these tough economic times. Whilst clubs have undoubtedly had to adjust their approach in certain areas, the large and loyal supporter bases, ability to drive strong broadcast audiences and continuing attraction to corporate partners has made them relatively resistant to the economic downturn.

Real Madrid head the Money League for the seventh successive year and require one more year in top position in order to match the dominance of Manchester United’s during the first eight years of the Money League. Barcelona, Manchester United, Bayern Munich and Arsenal completed the top five positions. FC Barcelona complete a Spanish one-two for the third successive year, whilst the top six positions remain unchanged.

German club Schalke’s run to the semi-finals of the Champions League has allowed the club to claim a top ten position for the first time, climbing six places. We expect Manchester City to claim a top ten position in the next edition of the Money League. England retains the largest representation from any single country with six clubs, with the other 14 clubs from the other ‘big five’ European leagues. There are three new entries into this year’s top 20 in Borussia Dortmund, Valencia and Napoli. 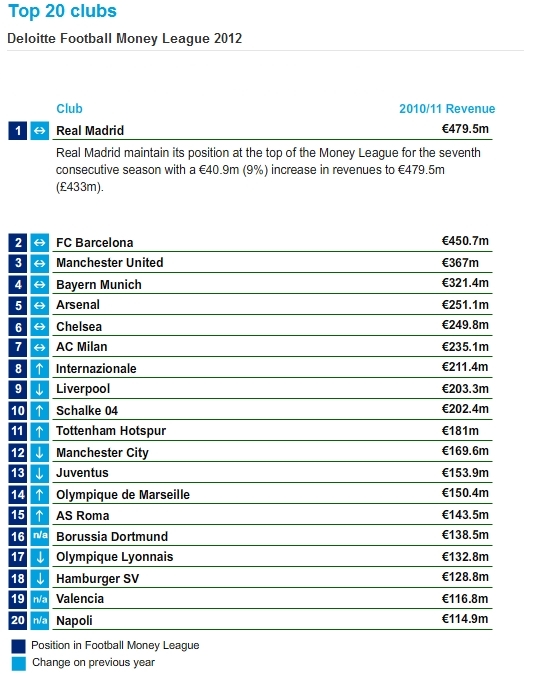 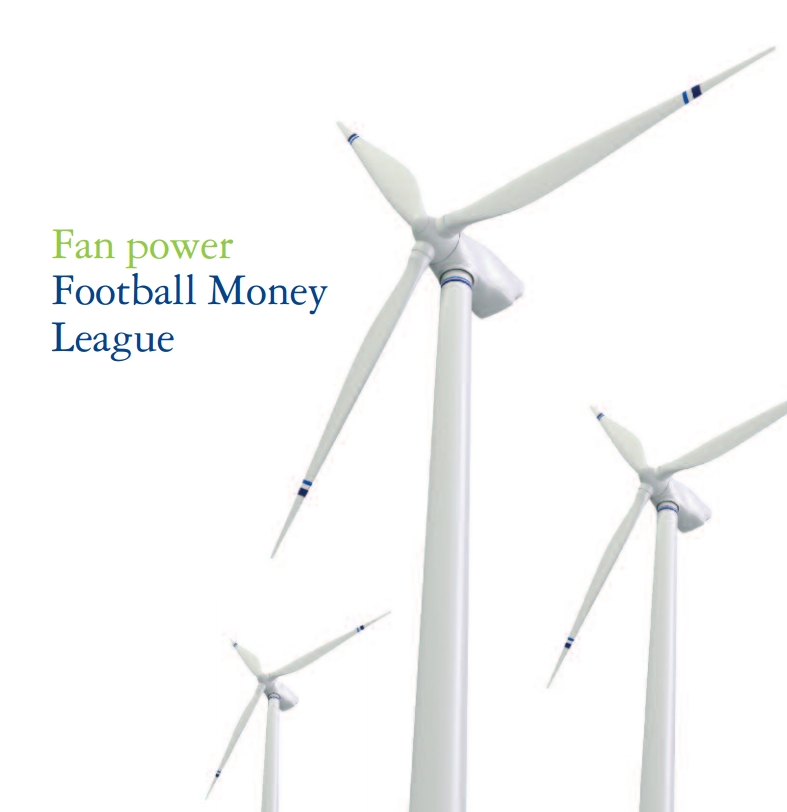