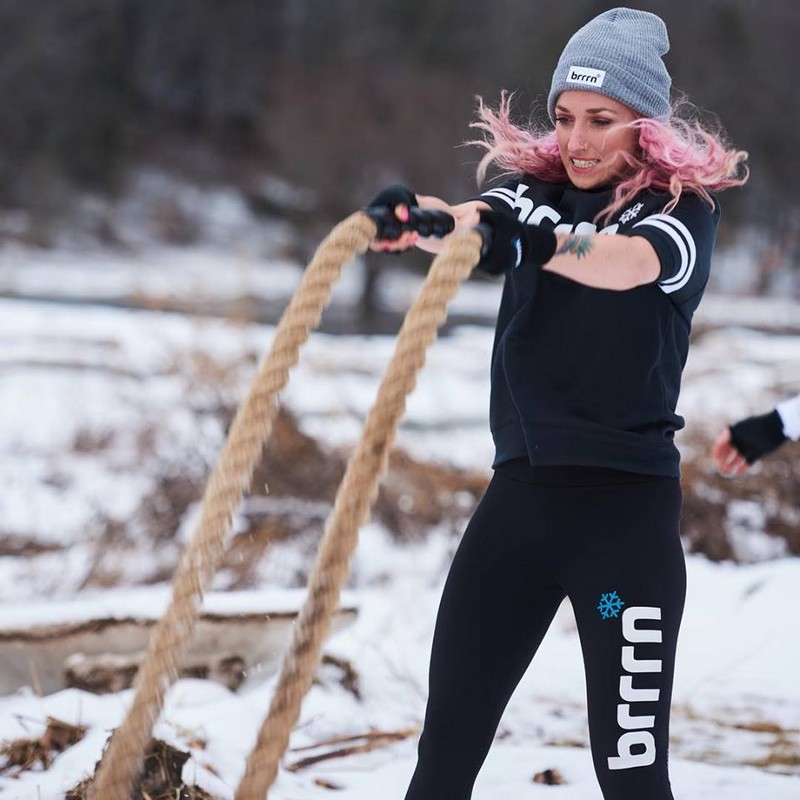 This article titled “Cold is the new hot: how cooling down became summer’s hottest trend” was written by Morwenna Ferrier, for The Guardian on Wednesday 25th July 2018 05.00 UTC

If you’re reading this, it’s probably because you’re hot. In which case, as concepts go, this one will be music to your ears. Or rather balm for your sunburn.

The heatwave has created a need for cooling off that extends beyond a cold shower – and so the current trend for coldness in the world of wellness, beauty and exercise feels timely given that for years it’s been all about Bikram yoga, hot-cloth cleansing and saunas. But is this penchant for the cold more than a whim? Or is it simply the latest fad to be commodified by the wellness industry?

Extolling the virtues of being cold is actually nothing new. Cold bathing, ground-zero of the movement, dates back to Hippocrates, with the proposed benefits as murky as any plunge pool – cold showers purport to increase circulation, reduce stress, kickstart your immune system and release endorphins as well as cooling you down.

Leading the current charge is cryotherapy, which involves standing in your underwear in a chamber, chilled to a fresh -90C (-130F), and watching your arm hairs turn to frost. A product of sports science – after playing one of the longest matches at Wimbledon this year, Kevin Anderson said he was planning to sit in an ice bath to recover – there are now cryochambers all over the country with users who call themselves “chillseekers”. In winter, it feels brisk. In summer, it’s joyous. It is geared towards general health, arthritis pain, and sports recovery, but also has more holistic benefits “such as [fighting] jet lag, [aiding] sleep or boosting energy”, says Sarah Harding of 111Cryo, one of several clinics that offers the therapy. “We have absolutely noticed a spike since the heatwave,” she says. “People need to cool down.” Being cold, which was once normal – even during the UK summertime – has suddenly become a product, even a luxury.

Less extreme is cold showering. Reddit hosts over 30 subreddits discussing the benefits, including the 30 day Freezing Shower Challenge and the 100 Days of Cold Showers Alone. Katharine Hepburn took them all of her life – her father, a urologist and a pioneer in social hygiene, instilled them as routine – and look at her. This week, Elle Macpherson said she started the day with “three cycles of switching hot and cold water” for various mindful reasons – and frankly, look at her, too.

I started finishing my hot shower with an icy blast after a friend who takes cold showers every morning told me he had never felt better. Parking the science for a moment, the benefits were clear from the off. It follows the theory set by the French epigrammist Nicolas Chamfort: “a man should swallow a toad every morning to be sure of not meeting with anything more revolting in the day ahead”. In short, it’s rooted in unpleasantness but that’s precisely why you do it; the rest of the day is a breeze from there.

Even cold yoga is carving out a similar niche. Brrrn, a new fitness studio in Manhattan, which opened in May, has a yoga class performed in 16C (61F), as well as setting its gym temperature at 7C (45F). At Frame in London, yoga classes are now routinely taken with the door open, where the emphasis used to be on retaining heat.

And then there are ice-rollers, designed to help de-puff your skin and reduce redness, although an ice cube may well also do the trick. “I’m reluctant to say coldness will actually change your skin, but it’s obviously pleasant to have cold things on your face,” says the skin expert Dr Mervyn Patterson. “And you could argue that if you have swelling under the eye, a cold compress might help.”

In many ways, it feels like a fad. The wellness industry has blown up exponentially in the past few years – and dichotomising consumers and changing trends are good for business. There are those that follow an eight-step cleansing routine. And those who pride themselves on paring it all down and going back to nature.

If this explosion feels out of step with feminist discourse – all the lotions and potions that are packaged, however covertly, towards making a “better you” – then it is possible coldness has sprung from the same well; that being cold is the pinnacle of a pared down, natural – even macho – wellness. Wim Hof, the Dutch wellness guru, has a cult-like status for suggesting cold-body therapy is the key to good health.

We will be sorry when the heatwave has gone, of course. But until that day comes, until the grass turns green and the sea returns to its icy norm – until this heatwave is over – thank goodness coldness is all the rage.