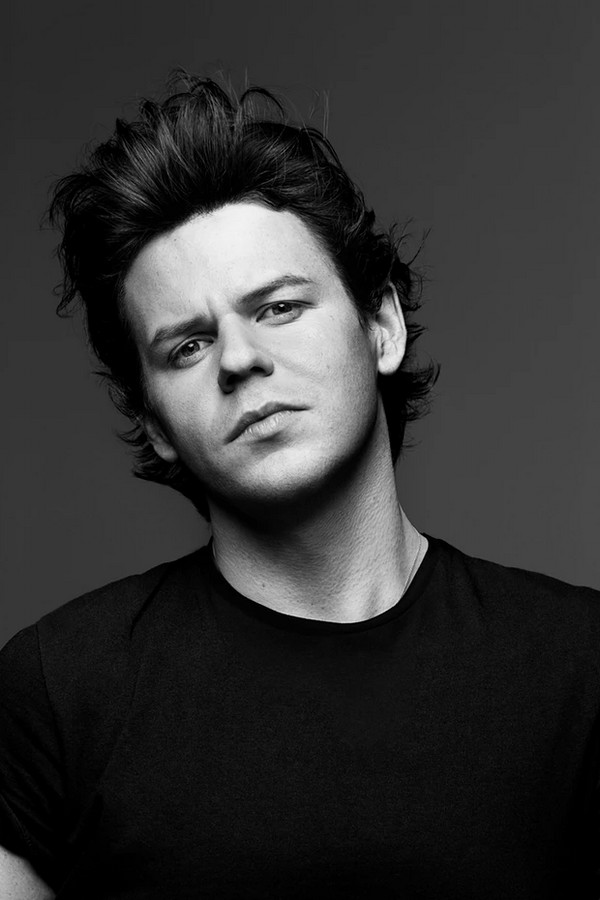 Christopher Kane is quoting Winston Churchill to me. This is not how I thought this interview would go. Kane is the brightest star of British fashion, Donatella Versace’s Glaswegian golden boy, a 33-year-old who takes inspiration from bondage and his school science textbooks and wins every fashion award going.

We are here to talk about his art-inspired autumn /winter collection, Lovers’ Lace, and about the life-drawing class he is hosting at his Mayfair boutique this week to celebrate Frieze. We are expressly not here to talk about the tough year he has had personally, having lost his mother in February; his team have politely asked me not to broach this, and so I have just offered up a gingerly worded question about how, as a designer whose collections always been very personal, he has coped with the pressures of work this year.

“Winston Churchill said: ‘If you’re going through hell, keep going.’ My mum died three days before the show, and Tammy and I just had to keep going.” The Kanes are a tight family: Christopher’s older sister Tammy is his business brain and closest creative collaborator; another sister works for the label. “No one respects the fact that your mum’s just died. No one cares, because the mills need their sketches. And I’m not going to lie, I found that really tough. But it was the only thing to do, and it was the right thing to do, because keeping going was the only way to get through it.”

Jeremy Irons is so hot in that film it’s unbelievable. It was amazing. A bit, you know, sado

This is how Kane is. There’s no fluff, no fakery. Rewind 20 minutes, to when he arrived to meet me at Shoreditch House in east London, shrugged off his grey Prada coat and launched, apropos of nothing, into a no-olds-barred 9am debrief of the “really full-on sex scenes” in the film he watched last night. “I was flicking through Apple TV, and ended up watching Damage [a 1992 film in which Jeremy Irons plays a cabinet minister who has an affair with his son’s fiancee, played by Juliette Binoche]. “Jeremy Irons is so hot in that film it’s unbelievable,” says Kane, blue eyes twinkling approvingly over his green juice. “It was amazing. A bit, you know, sado.”

I don’t quite know where to go with this, so for some unknown reason I ask him a really dull question about his background in draughtmanship, but even that doesn’t deflect him.

“My oldest memory of fashion is getting into trouble at school for drawing nude bodies,” he says brightly. “Willies and boobies,” he adds, presumably in case I’ve missed the point. “I grew up in a very open household, with two brothers and two sisters, everyone running about – it was just very natural.” Later, I get an email from Janey Broughan, Kane’s school art teacher, who will be in London to take the life-drawing class. “When Christopher was about 15, I encouraged him to attend an evening class in life drawing at Glasgow School of Art,” she says. “A few days later he appeared with an impressive folio of figure studies, some of which were nudes. I asked him where he had found his models. ‘My sisters, of course!’ he said, as if it was the most natural thing in the world. It was typical of Christopher and Tammy that they did not give a single hoot for normal social conventions while pursuing their artistic goals.”

Both of Kane’s 2015 London fashion week shows have been based on art. Lovers’ Lace, in February, grew out of memories of those early life drawings. “It’s about drawing bodies on the body. It’s erotic, not pornographic. I mean, there was a penis but it wasn’t, you know, happy. Haha!” The collection he staged in September was darker, rawer, referencing outsider art and Tammy’s experience working as an art therapist in nursing homes, “with people who are drawing with no concept of fashion or artists. People who are like, ‘Picasso? What the fuck are you on about?’” Kane likes his aesthetic freed from traditional notions of sophistication. “I don’t care about good taste or bad taste. That’s why I love neon. It’s all around us, and it’s so beautiful, but we don’t see it.”

But what makes Kane’s vision feel like a step-change from the previous generation is that he has the millennial’s interest in and understanding of technology and science as a natural extension of creativity. At school his favourite class, aside from art, was science. “I loved the diagrams. It was so visual. And it’s super cheesy, but we are all of us working miracles.”

Helixes, biological diagrams, and details taken from safety buckles and cable ties: the motifs of the Christopher Kane brand express something about the aspirations of a generation whose highest and most richly rewarded achievers are the supergeeks of Silicon Valley.

The deal that Kane cut two years ago gave luxury brand conglomerate Kering, which also backs Stella McCartney and Alexander McQueen, 51% ownership of the Christopher Kane label. Kane is happy he did it – “it was the right thing to do, the only way to move forward” – and tells me about his nascent plans to move the studio from Shacklewell Lane in east London to somewhere more central. “I’d like to move house as well, maybe. I love living in Dalston but it would be nice to be nearer the store. Not that I’m, like, getting a penthouse in Mayfair any time soon. I wish!” Still, he is very aware of the pressure that the Kering spotlight puts him under. “Fundamentally, it’s me and Tammy who are on the line. If we do a bad collection – I don’t think we’ll ever do a bad collection, but say we did – it’s our reputation that is on the line. Everyone else in the company, they can just go and get another job.

“So for that reason I have to balance being a realist and doing what’s best for the business, with being quite selfish about doing what I believe in. At the end of the day, I look out for me and Tammy. That’s just natural, I think.”