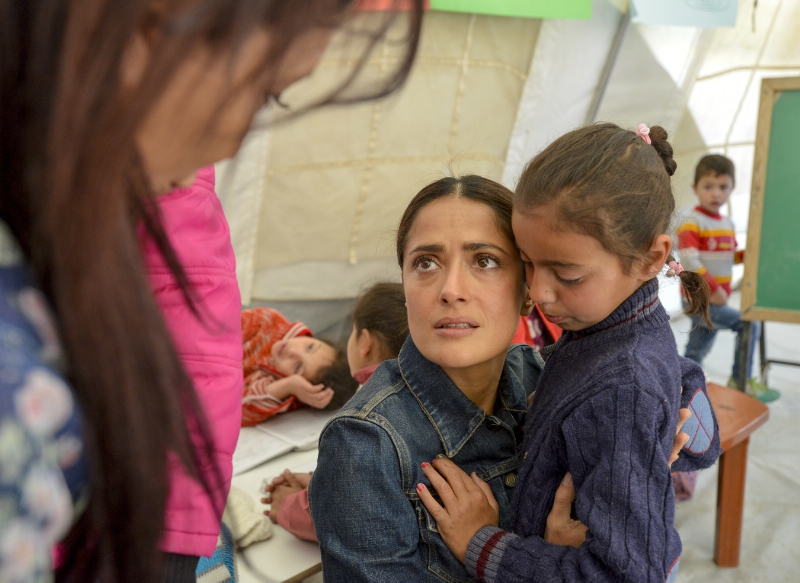 Across the Syria region, UNICEF estimates that 14 million children have been affected and are at risk of becoming a lost generation, including 2.6 million children who are no longer in school, and close to two million who are living as refugees in neighboring countries.

Throughout the region, UNICEF and partners are working to minimize the impact of the Syrian conflict on children by helping restore a sense of normalcy to those who have experienced violence, lost loved ones, are out of school and have limited access to basic services as a result of being displaced.

UNICEF supporter and CHIME FOR CHANGE campaign Co-Founder Salma Hayek helped launch CHIME for the Children of Syria, a fundraising appeal to support children and families affected by the Syria crisis, following a recent visit to meet with Syrian refugees in Lebanon. Founded by Gucci, a longtime UNICEF partner, CHIME FOR CHANGE is a global campaign to raise funds and awareness for girls and women around the world focusing on the areas of education, health and justice. 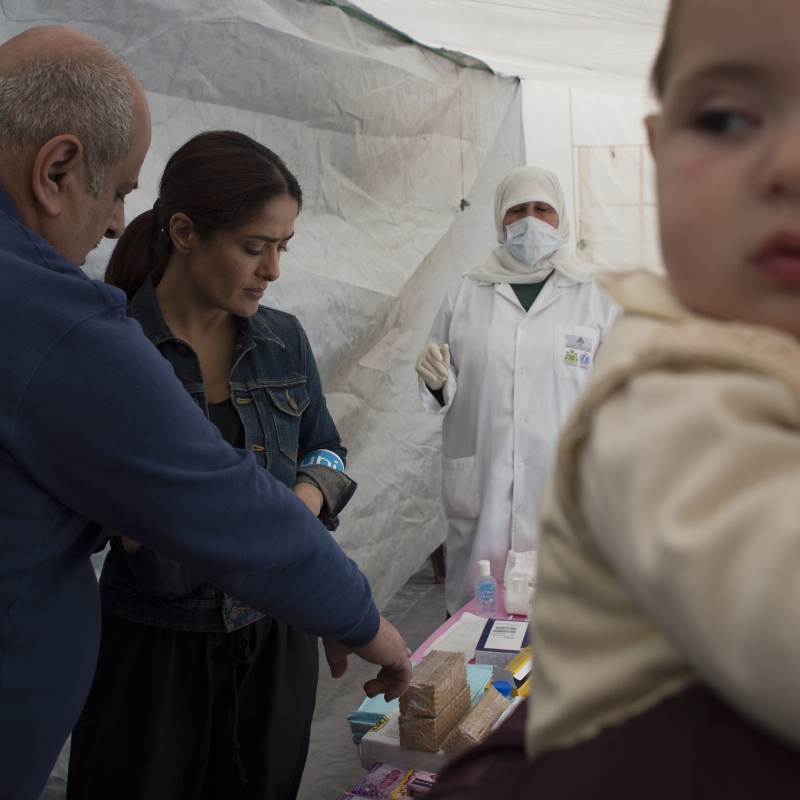 “Millions of children have been robbed of their childhood, their country and have lost their loved ones. As a result of the conflict in Syria, they are missing out on their education and are having to work to provide for their families,” said Salma Hayek.

In Lebanon’s Bekaa Valley, Hayek met with refugee children and aid workers who are providing a safe environment through counselling, play and learning activities. Hayek observed a polio immunization campaign targeting high risk areas, in partnership with the Ministry of Public Health, UNICEF and local partner Beyond Association to protect nearly 190,000 children under the age of five from the crippling disease. She also witnessed mobile medical clinics set up by UNICEF, the Ministry, and local partners to provide free primary healthcare, including access to vaccines, critically needed examinations, basic medicine and antenatal care to refugees in tented settlements across Lebanon. 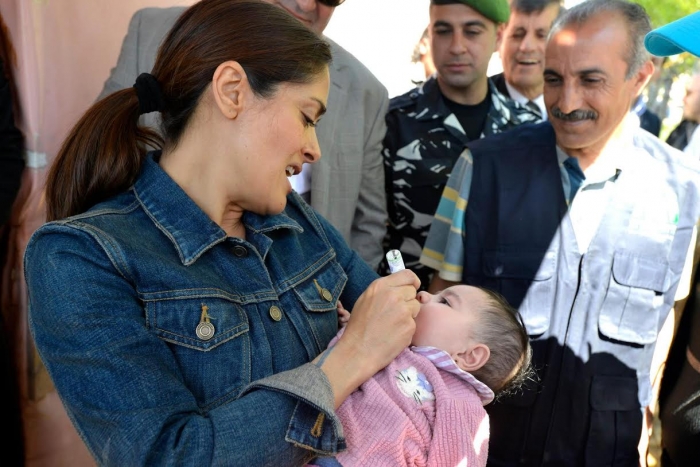 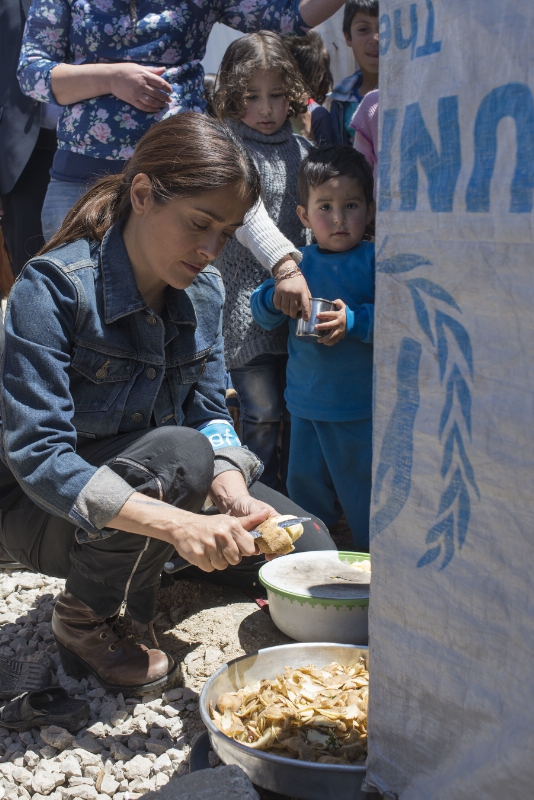 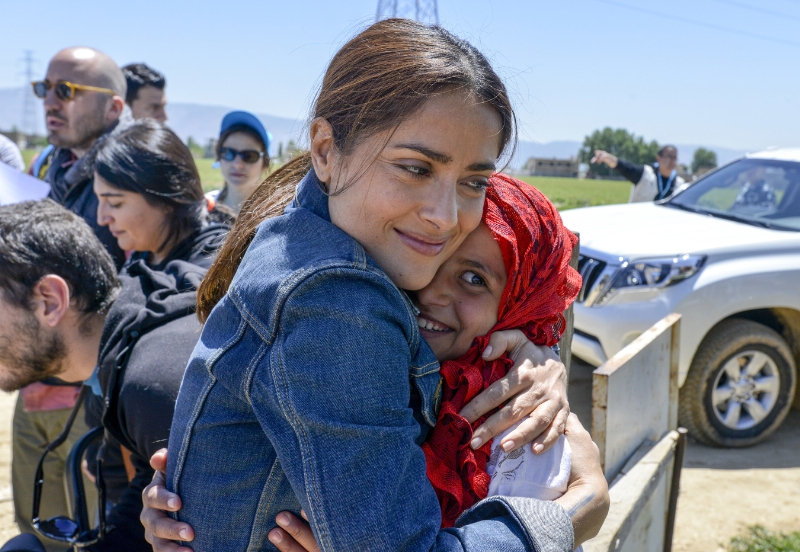 “I’m deeply inspired by the courage of the Syrian refugee children and their families that I met in Lebanon who, against the odds, and despite the harm they have suffered or witnessed, are still determined to endure life and hope for a better future. I’m also moved by the generosity so many Lebanese people have shown toward those seeking refuge in their country,” said Hayek, whose paternal grandparents were Lebanese. “I plead to everyone who is grateful for the peace and stability in their lives to show compassion for those who have lost it all and to help.”

Well-known for films such as Frida, Puss in Boots and most recently The Prophet, Hayek is also member of the CHIME FOR CHANGE Founding Committee supporting women and girls’ empowerment. In 2008, Hayek travelled to Sierra Leone with UNICEF to witness firsthand the impact of maternal and neonatal tetanus on women and babies and observe UNICEF’s health and immunization programs. 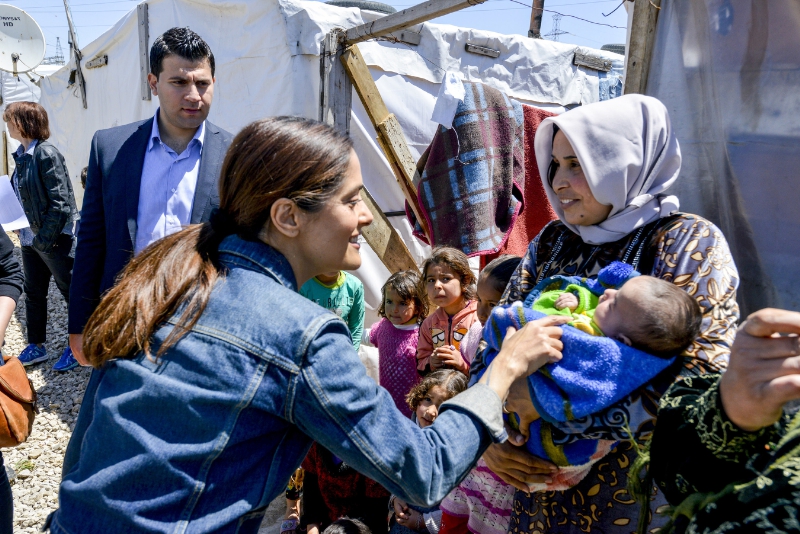 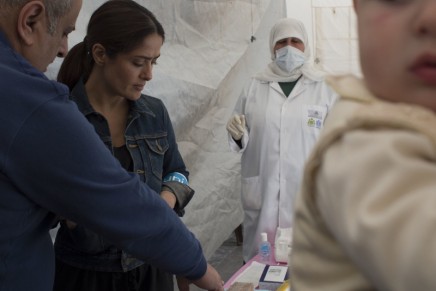 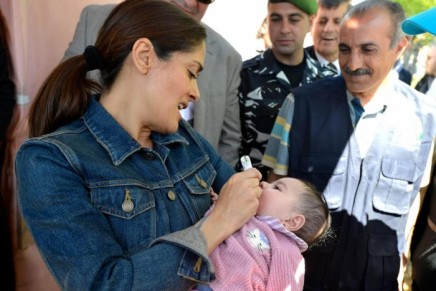 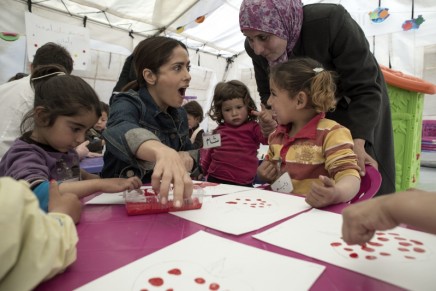 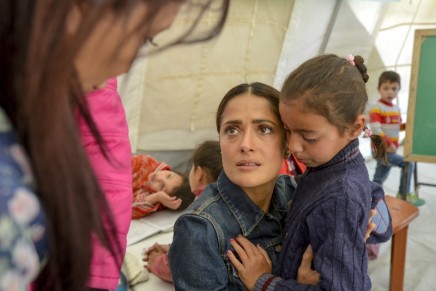 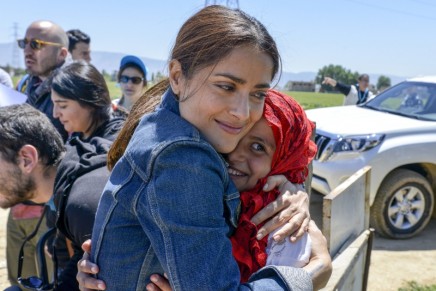 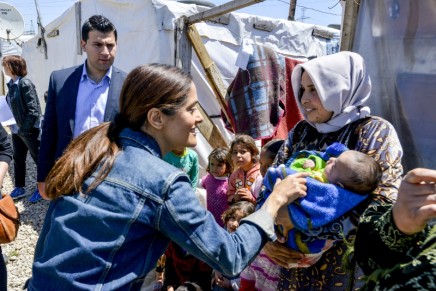