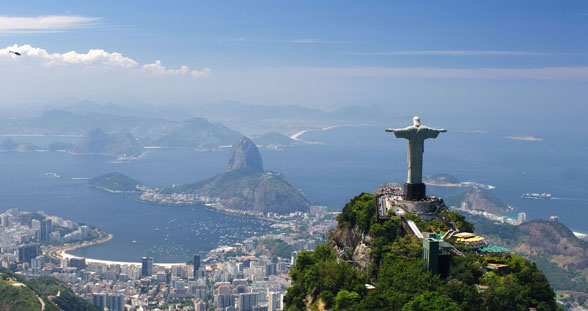 In the face of a global economic slowdown and a weak developed world, the emerging markets continue to prop up global growth. Though Brazil does face some risk the orientation of its
economy looks likely to support the country’s long term growth prospects.

In 2011 Brazil became the sixth largest economy in the world in US$ terms, according to Euromonitor International.

Brazil’s economy grew by 3.8% in real terms in 2011 to reach a value of US$2,581,501 million as expansionary fiscal policy and strong export markets supported growth. The UK economy has continued to suffer from the eurozone sovereign debt crisis and weak domestic demand, seeing growth of just 1.1% in real terms to a value of US$2,484,668 million;

In Brazil rapidly increasing disposable income is producing an ever growing domestic market. Retail, construction and public service sectors have all grown strongly as a result. Mining and quarrying output grew strongly as well due to continued demand from emerging markets;

Trade has grown strongly too, especially with Asia Pacific where the value of exports between 2006 and 2011 increased by 254% in US$ terms. Asian economies have however been accused of dumping low value products onto the Brazilian market, undercutting local industry and impairing the development of certain sectors, such as automotive and household goods;

Inequality remains damagingly high thanks to concentrated land ownership and a large low skilled section of the workforce. Brazil’s Gini coefficient (a measure of income inequality where the higher the number over 0, the higher the inequality) of 51.7 in 2011 makes it the 10th most unequal country out of the 85 where the indicator is measured;

A cooling global economy in 2012, with lower growth in India, China and Russia are expected to reinforce weaker economic growth in Brazil. The IMF predicts growth to be just 3.0% and 4.0% year-on-year in Brazil for 2012 and 2013. As a response under the government’s “Bigger Brazil
Plan” R$25 billion will be provided as tax breaks to support the weakest sectors of manufacturing and those most affected by Asian product dumping. While increased spending from 2012 by Brazil’s development bank for the 2014 World Cup and 2016 Olympics is set to augment among other things infrastructure development, acting as a stimulus for the economy.