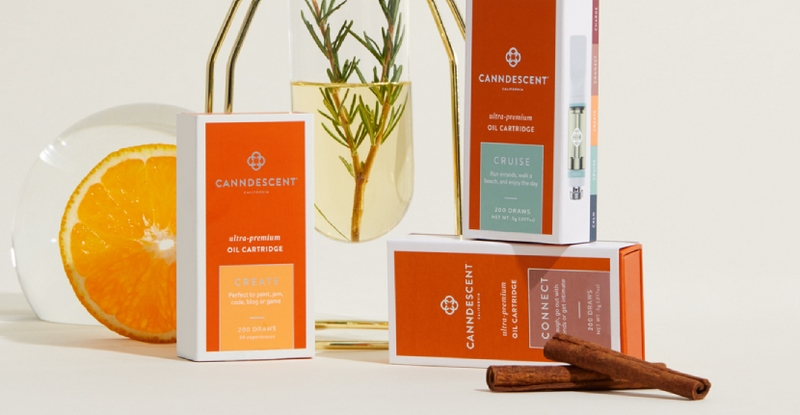 Despite being expensive and sometimes rare, cannabis isn’t typically considered a luxury good. It’s too closely associated with slovenly, underperforming young men to convey wealth or style. But as cannabis becomes more acceptable and the consumer base grows to include more women and affluent professionals, some companies are aiming to become prestige brands.

With limited opportunities to advertise, packaging is one of the few ways a brand can catch a customer’s eye. It’s also how aspiring top-shelf brands signal their ambitions. California’s Canndescent, which calls itself “ultra-premium”, uses a burnt orange motif in a nod to the French fashion house Hermes. Another California brand, Beboe, was co-founded by a celebrity tattoo artist, Scott Campbell, and its pastille edibles – “candy tarts of bouginess” – come in lovely little tins. Many dispensaries try to attract affluent shoppers by fashioning themselves after art galleries and boutiques.

The self-selecting group of luxury cannabis brands often charge more than their competitors, even though it’s fair to assume many of their customers can’t tell the difference in how they taste, let alone the highs they produce. A similar principle has been demonstrated with products such as liquor: people will spend extra because they want to say Grey Goose to the bartender or display the bottle on their table.

There’s a lot of money betting similar principles will apply to cannabis. Beboe was acquired this year by Green Thumb Industries, a company in Chicago. CannDescent just raised $27.5m from investors.

Some cannabis companies telegraph their chicness by hugging the earth as tightly as possible. As a federally illegal drug, cannabis can’t be certified organic by the US government, but the Colorado company L’Eagle (pronounced “legal”) pays an independent firm to audit the crop it sells at its dispensary, which its co-owner Amy Andrle describes as more farm-to-table than Apple Store. The company offers “the luxury of knowing what you’re putting in your body”, she said, not just “a beautiful box”.

It’s a pitch with obvious appeal for what the industry likes to call a “wellness” product. And it may grow in resonance. In recent weeks, hundreds across the US have become severely ill and six have died from a severe respiratory disease that may be linked to vaping.

Just as several cannabis companies have tilted at luxury, a handful of celebrated luxury brands have waved back. The plush department store Barney’s has opened a head shop called The High End at its Beverly Hills location and online. It sells accessories like a sterling silver Mini Bic Lighter Case by Good Art Hlywd for $625, and a set of 10 pre-rolled paper cones for joints from the French paper house Devambez, which traces its roots to 1826, for $78.

Barney’s has also formed a partnership with Sherbinskis, a California cannabis company which, thanks to its ties to rappers and other tastemakers, has a mystique similar to the streetwear brand Supreme.

The High End also sells a selection of CBD lotions and cannabis scents. It’s true: several perfumers have embraced an aroma widely considered to be as alluring as a suburban basement. The Demeter Fragrance Library describes its cannabis flower fragrance as “slightly floral, slightly spicy … a deep and penetrating beauty” inspired by Bob Marley and “a misspent youth”.

Related: The new rules of cannabis: how to pass the joint and more

There’s also a market of unknown size for what might be called canna-bling. The vaporizer company Double Barrel sells a $100,000 model encrusted in diamonds and white gold, in a camouflage pattern. A company called Shine produces rolling papers made from hemp and “the finest edible gold” for the relative bargain of $10 per sheet.

While luxury products will probably find some foothold, one entrepreneur expressed skepticism that the existing brands would be the eventual winners. Jason Osni likened luxury brands in the current market to “casting Daniel Day Lewis in a high school musical”. Instead he founded a more affordable brand called “Old Pal”, which he describes as appealing and within reach. The company’s vision is simple, its web site says: “It’s just weed, man.”