Since the early 1980s, Blancpain’s complete calendar moon-phase timepieces have been a signature of the house. Their design has firmly established itself as a classic arrangement: day of the week and month in windows, date with a supplemental blued serpentine shaped hand reading upon scale positioned around the chapter ring, and placement of a moon-phase window at 6 o’clock.

Adding the GMT function elevates the timepiece to a high complication. Ensuring that the watch places itself as an ideal travel companion, the calendar indications are linked to the local time display shown by the principal hands. Home time is shown with a red-tipped hand.

The introduction of this combination of complications in the Blancpain Villeret Collection brings with it innovations that were developed after the original version of the Quantième Complet GMT was launched. The in- house movement now features a silicium balance spring, with its superior anti-magnetic and timing precision properties.

Setting of all the calendar and moon-phase indications with a fingertip, instead of the standard tool, is made possible with the exclusive under-lug correctors. An added benefit, the hidden correctors enable completely smooth case flanks unmarred by corrector dimples, commonly found in the watch world. Rapid adjustment of local time in one-hour increments is accomplished via the crown.

There are two versions of the new Quantième Complet GMT: in red gold with an opaline dial and applied red gold Roman indexes; and stainless steel with a white dial and white gold applied Roman indexes. Both are fitted into 40 mm diameter cases with the traditional Villeret double-stepped bezel. Alligator straps or metal bracelets are available for each.

The classic and romantic moon-phase indication was re-introduced by Blancpain in the early 80’s. The Villeret Quantième à Phase de Lune has the moon graced with a feminine face and a “beauty spot”, showing romance and beauty.

In keeping with tradition, the watch Manufacture introduces a new women’s timepiece that is both pure and timeless. This model, presented in a red gold version, displays complications emblematic of the brand as well as the aesthetic codes of the Villeret collection. 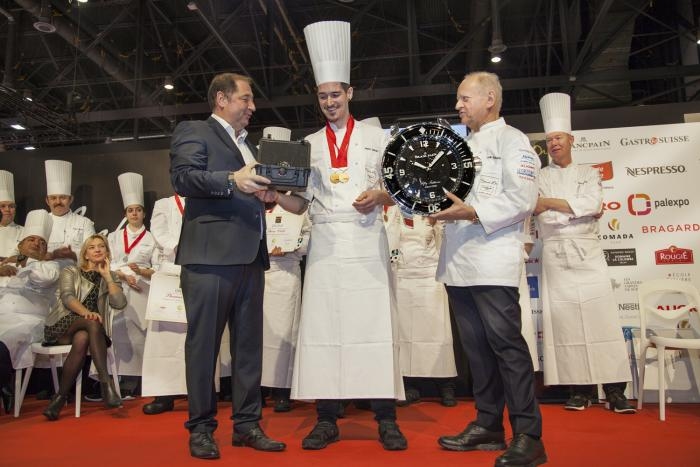 Blancpain opened the Bocuse d’Or Swiss competition as the official timekeeper. In this capacity, the Manufacture supported the Swiss chefs selected to compete in creating the dishes submitted to the Jury. After much deliberation, the chef Mario Garcia, founder of the culinary school “cre/ate” in Horw (Lucerne), was named the winner of this 2018 edition. He had the honor of receiving the Blancpain Trophy, along with a Bathyscaphe watch from the iconic Fifty Fathoms collection, specially hand- engraved for the occasion. 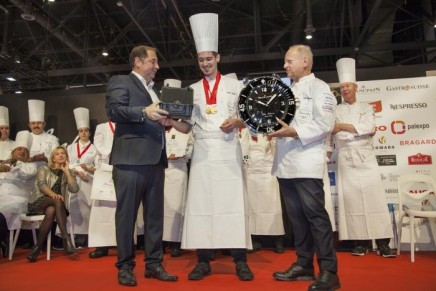