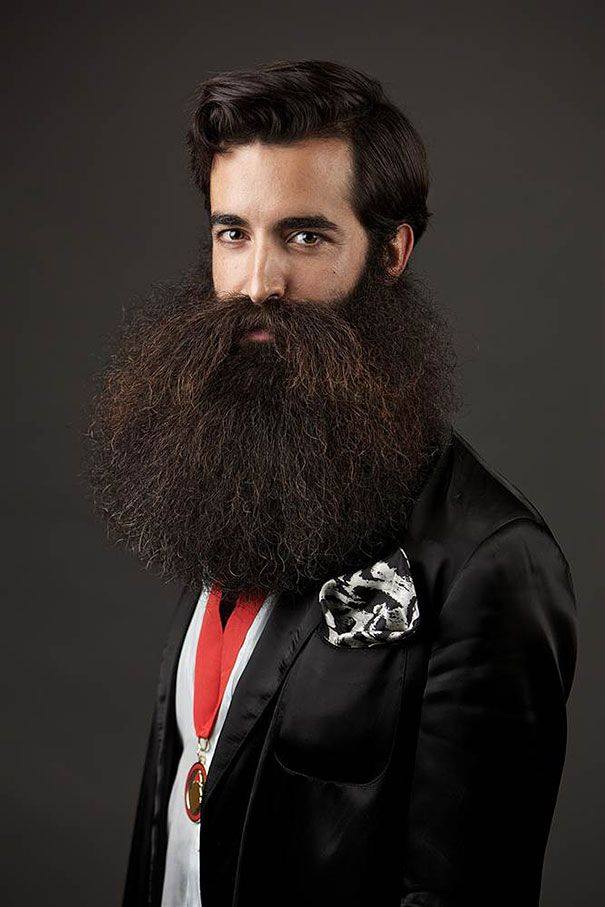 This article titled “Beards can be dirtier than dog fur – here’s how to keep yours clean” was written by Ellie Violet Bramley, for The Guardian on Monday 15th April 2019 15.20 UTC

Beards have a mixed reputation – men with beards are more attractive, said one study last year, yet 43% of women would not sleep with a man with a beard, according to another. Now, a report says men with beards carry more germs in their facial hair than dogs carry in their fur. These are the same dogs that eat discarded chicken bones off the pavement.

The sample size of the study in question was small – 18 men were tested against 30 canines of varying breeds – and other studies have found evidence to the contrary (the faces of bearded health workers tend to harbour fewer dangerous bacteria than clean-shaven faces, found one). Nonetheless, this feels like a good time to ask beard experts for advice on keeping your bristles cleaner than a cockapoo.

“You should wash your beard hair like you wash the hair on your head,” says Joth Davies, the founder of Savills Barbers in Sheffield. He recommends washing and conditioning “whenever you shower”. You could, he says, use the same products you use on your hair – “it’s not going to hurt it” – but specialised products are better. Stevie Warwicker, the store manager at the Marylebone branch of Ruffians, a small chain of barbers, thinks washing and conditioning every other day or a few times a week is enough. “It’s like [head] hair, so it will dry out if you overcompensate,” she says.

Scrubs are also useful to exfoliate the skin underneath facial hair, which can become dry – beard dandruff is very much a thing. It is more of a problem, says Davies, the longer your beard. Scrubs “will help to get all the loose skin and rejuvenate”, says Warwicker. But, again, don’t overdo it – “two to three times a week is fine”.

They agree that moisturising daily with a beard oil or balm is important, although that seems to be about giving the beard vitality rather than making it sanitary. Does brushing help? “It depends what they’ve eaten,” jokes Warwicker. “It wouldn’t necessarily help for hygiene purposes, but for styling purposes it would definitely help.”

If all that sounds like too much, pognophobes and owners of dirty beards can take solace from yet another study, which found that certain beard bacteria could possibly be developed into antibiotics.