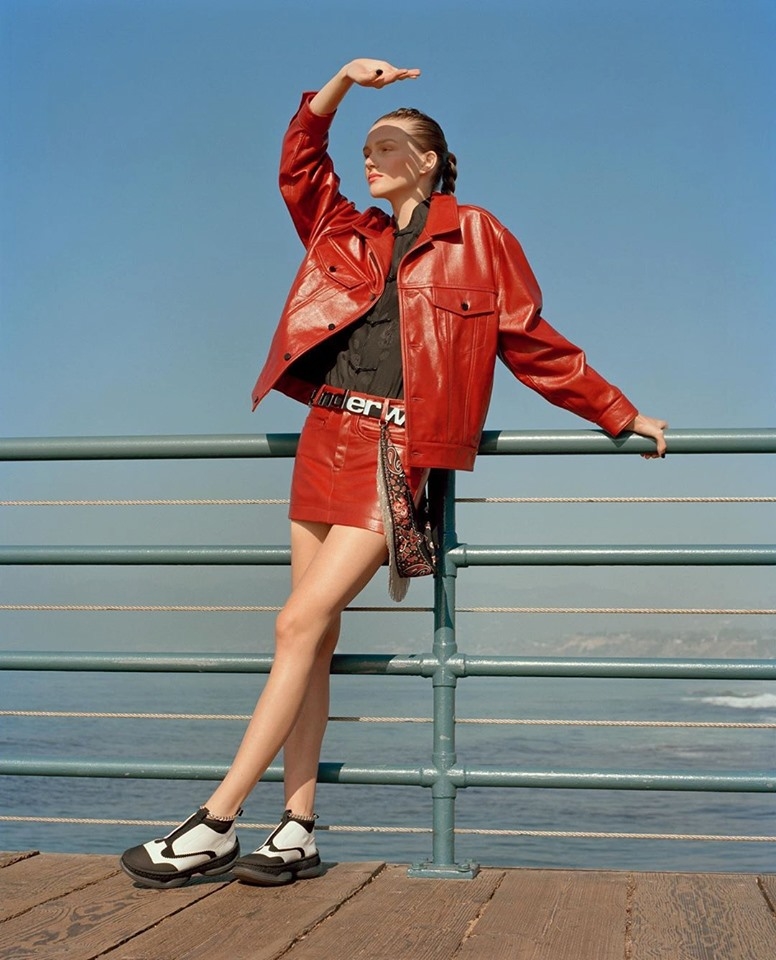 As manifestations of materialism go, few embody New York over the last two decades better than Barneys, the 250,000 sq-ft fashion emporium elevated to almost spiritual status by the designer-obsessed, shopaholic stars of Sex and the City.

But last week reports emerged that Barneys might be headed toward bankruptcy, a fate partially triggered by a hike on its $16m a year lease to $30m.

In a statement, the store’s management said it was “actively evaluating opportunities” – options that might include seeking chapter 11 bankruptcy protection, seeking new investment and renegotiating leases across its 22-store network.

But in a retail environment characterized by changing consumer habits, greedy landlords and online competition, the survival of a store dedicated, or “curated” in retail speak, to the taste of a wealthy international clientele is now in doubt. Barneys’ collapse would come as a significant, symbolic blow in a retail environment littered with them.

Ahead of an anticipated cash crunch, designer brands have reportedly withheld shipping new orders to the store, a sharp turnaround to years when designers petitioned purchasers to include their wares included in the store’s luxury-living inventory.

Outside the revolving doors last week, shoppers, many of them out-of-towners, said a visit was still a part of any tourists checklist. But New Yorkers? Not so much.

“I’m not coming here as much,” said Olivia Shoy, a 28-year-old shopper standing outside the Madison Avenue store. “Often they don’t have the sizes or variety so I go online or places like The RealReal [a secondhand designer goods site] for vintage stuff.”

“Barneys built their business on brands and people are no longer brand loyal, so the store is not what it was, and hasn’t been for a long time,” said another shopper, brand developer Steven Feinstein. “For New Yorkers to walk in and pay a fortune when you can shop at a hundred other places doesn’t make much sense.”

Most people buy in-store for the experience, but Barneys definitely “doesn’t have energy”, said Jared Lease, 19, visiting from Washington DC.

Landlords raising Barneys’ annual rent to $30m, debt and an outdated business model are not its only burdens. Retail experts point to a fundamental shift in ecology-conscious fashion consumers who now prefer to shop online or through authenticated luxury consignment or “recommerce” stores such as The RealReal, Rebag and Reformation.

“Customers are no longer buying fashion season-to-season just to stay relevant,” says luxury retail analyst Hitha Herzog. “They want to buy things that last for years, especially when they know fashion is having a major environmental impact.

“Consumers are being a lot more frugal and sustainable and that’s proving to be a disaster for luxury companies,” Herzog adds. “No one wants to buy brand new luxury handbag at $2,500 and then discard it. Consumers are more conscious.”

That shift has also paved the way for resellers. The RealReal recently raised $300m in a public offering, giving it a market capitalization of $2.39bn.

In a letter to investors, the company said a majority of customers cited environmental impact or extending the life cycle of luxury items as a key reason for using the service. For the company’s environmentally-conscious millennial consignors, that figure was 64%.

Bad press about sustainability – the fashion industry is estimated to account for 10% of global carbon emissions – is now finally forcing change. Even Vogue last week acknowledged the business has taken “far too long to realize the role that the manufacturing and shipping of fashion plays in global warming”.

According to The RealReal’s Michael Groffenberger, luxury resale is a complement to shopping at department stores, not a replacement. “Our focus on extending the life cycle of luxury and keeping pieces in circulation through resale offers a more sustainable way to shop luxury,” he told the Guardian.

“People can shop – whether online or in-store – the way they actually dress: mixing brands, price points and seasons. In a traditional department store, you wouldn’t see that range of pieces together all on one floor. Our inventory is coming from consignors and we don’t have the same restrictions around brand display.”

No one wants to buy brand new luxury handbag at $2,500 and then discard it. Consumers are more conscious

If Barneys goes under it won’t be for lack of expertise in management or creative direction – it is run by some of the most knowledgeable people in the business. It has been a mirror of the economy since it was founded as a cut-rate men’s store in 1923. In the 1970s it added a women’s department, and became the store for Wolf of Wall Street types in the 1980s.

In the 1990s it went bankrupt, before flourishing again in the Sex and the City era.

“The shift is that fashion just isn’t hot anymore,” argues cultural writer Kim Hastreiter. “The system kind of ate itself.”

“It may be a morality thing about sustainability but I don’t think the kids are that into fashion,” she says. “The luxury conglomerates have had the upper hand for a long time but they don’t necessarily connect to the culture, and culture has become more important than fashion. And you’ll never find culture in a department store.”

But some consumers are already questioning just how sustainable shopping online really is.

Outside Barneys last week interior designer Rosemary Hallgarten said she would stick with tradition. “I don’t think online is that sustainable. You get a huge box and filled with packaging for one tiny item, so it’s far more sustainable for me to walk into a store.”

Plus, Hallgarten said, she likes to be helped – something you can hardly get online. “It’s curated, they know me and they know my demographic. So I’m a big fan.”