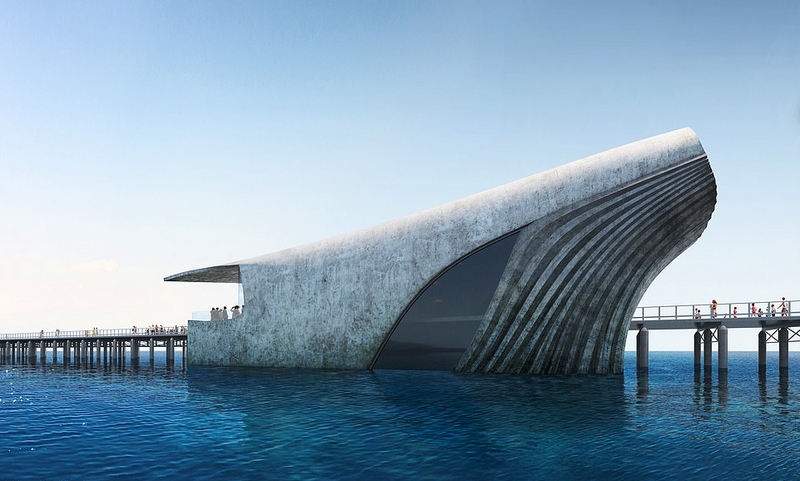 The worlds biggest natural marine observatory will be a catalyst for drawing people to Western Australia from all over the world, especially those who love the ocean.

Baca Architects says the unique cetacean design is an ‘abstract interpretation’ of a whale in Geographe Bay performing a ‘spy hop’, the term used to describe the animal taking a peek at life above the water. 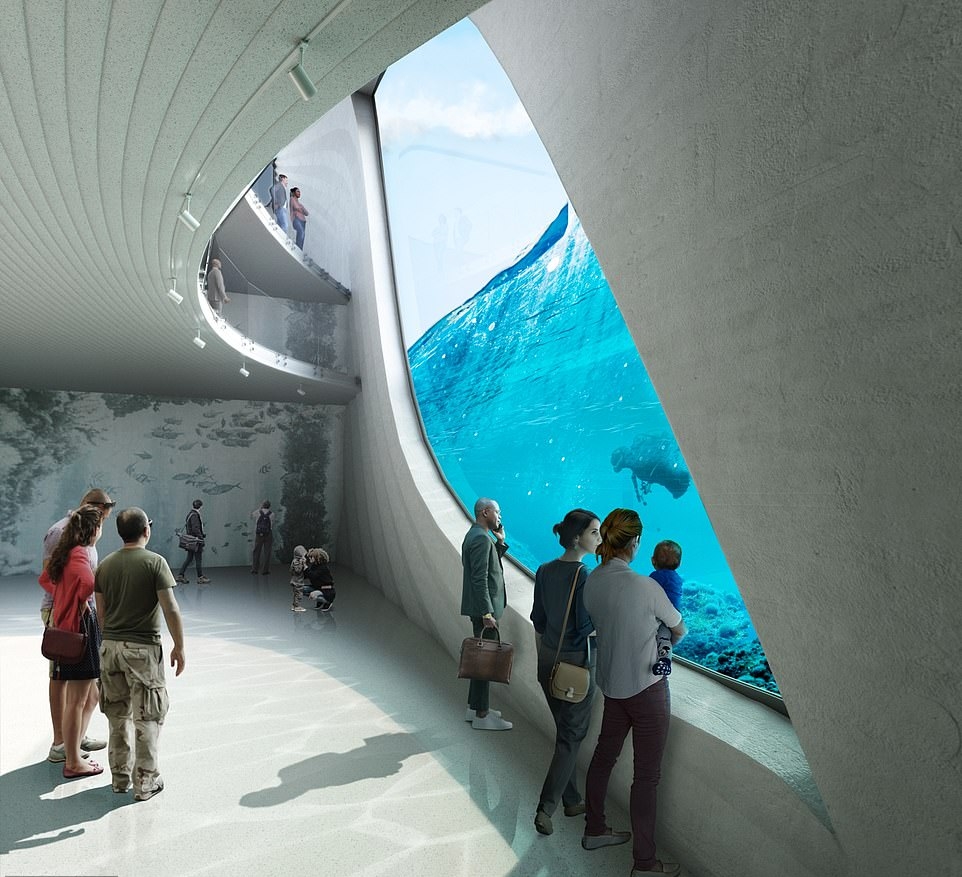 The centre aims to be the worlds biggest natural marine Observatory, complete with an underwater trail and Underwater dining. Construction should start in the middle of the year, with the centre open by December 2022. Bustleton Jetty managers are aiming for more than 200,000 new visitors in 2023 bringing the total to more than 900,000.

“This is as authentic as it gets, because people are in the tank and the fish are looking in. By adding underwater dining, underwater sculptures, marine art and other features, this project will enhance Bustleton Jetty’s 155-year-old experience,” – Bustleton Jetty Chairman Barry House.

House says that at its peak times, people are turned away from the current Observatory because you can only fit 44 people in each hour. 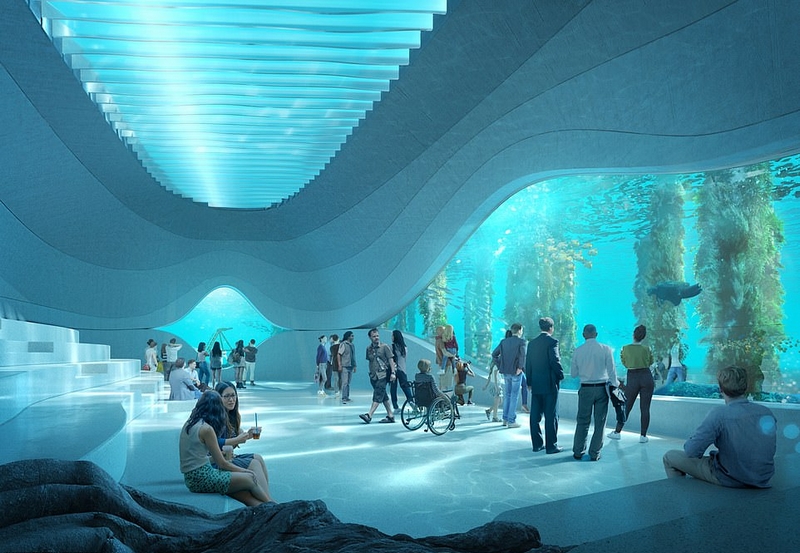 “In 2017 we started looking at how to make a visit to demand and after to feasibility studies a market research, determine that engaging our current unique Marine offering what’s the best way to grow and meet our environmental goals”

Mr House claims that the construction of the new Australian underwater discovery Centre will create work for 200 people’s ones operation thousands of jobs will be created over the coming years as cafés, hotels, service stations, retail stores, bus companies, trade agencies all prosper, returning some $200 million in economic benefit in Western Australia.

Each year during autumn and winter, the Leeuwin Current brings a narrow band of warm water down the Western Australian coastline. This warm southerly current is responsible for introducing an incredibly diverse array of tropical and sub-tropical species into Geographe Bay, resulting in coral growth at a latitude of 33 degrees south. This is a remarkable phenomenon when compared to the western coastlines of other southern hemisphere continents such as Africa and South America which have no coral growth below 5 degrees south. 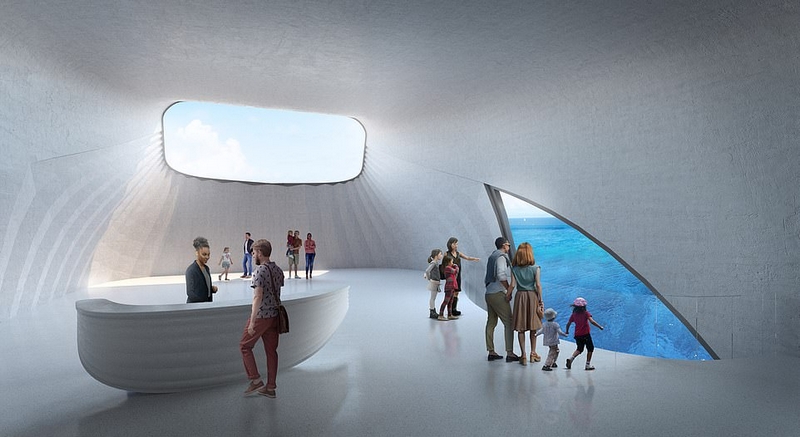 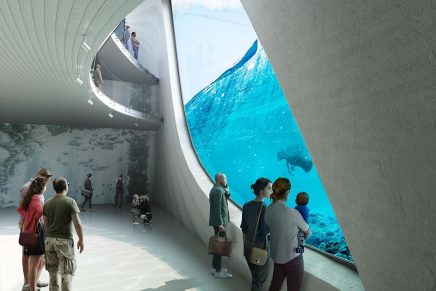 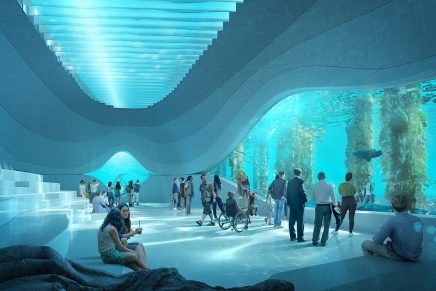 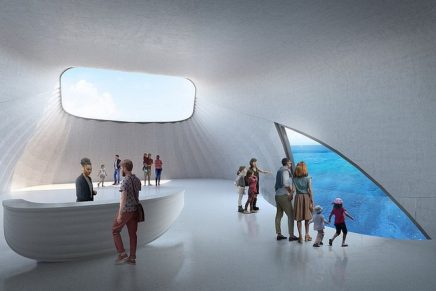 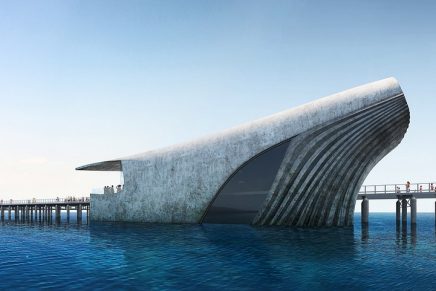