England’s Aaron Rai aces the 167-yard 16th hole at the 30th BMW International Open. Aaron Rai wins the new BMW i8 Roadster with a hole in one.

In the 30 years since it was launched, the BMW International Open has not only earned the reputation of being an excellent golf experience, but is also appreciated by players and visitors alike as the ‘feel-good tournament’ with a unique atmosphere.

Gut Lärchenhof has now hosted the BMW International Open four times, and on each occasion a player has won the BMW Hole-in-One Award. In this year’s second round, it was the turn of England’s Aaron Rai, the professional golfer currently playing on the European Golf Tour, to achieve this spectacular feat on the 16th hole. This stroke of genius with a 6-iron earned the 23-year-old a dream prize: The new BMW i8 Roadster. Peter van Binsbergen, Senior Vice President Sales and Marketing BMW Germany, handed the key over to the delighted 23-year-old.

The captivating appeal of the world’s most successful plug-in hybrid sports car can now be experienced with the roof down. The BMW i8 Roadster features a turbocharged three-cylinder engine, dihedral doors, a windscreen frame made from carbon-fibre-reinforced plastic (CFRP) and an electrically operated soft-top, not to mention the plug-in hybrid drivetrain that has received multiple awards and, with a power output of 275 kW (374 hp), allows the car to accelerate from 0 to 100 km/h in 4.6 seconds. 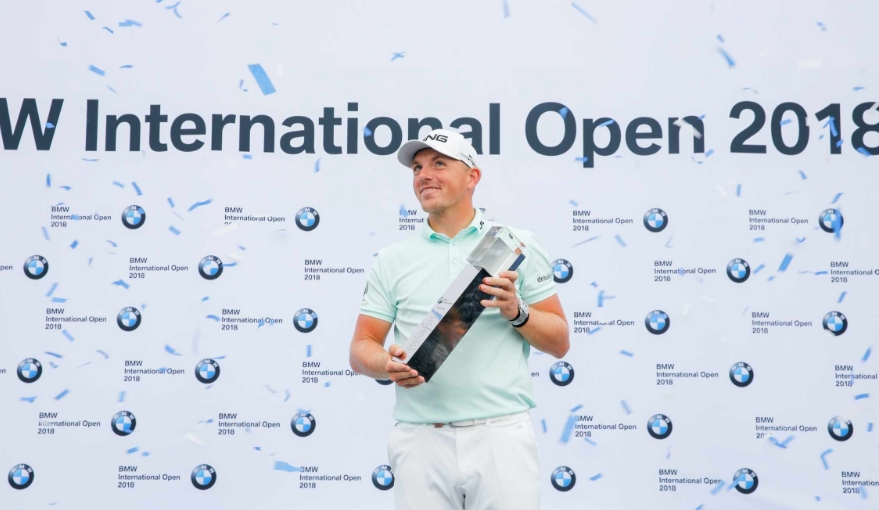 When the BMW International Open made its debut in Cologne in 2012, Englishman Andrew Marshall was the recipient of a BMW 640i Gran Coupé. Two years later, his compatriot James Heath hit a dream shot to win a BMW i8. Scotland’s Richie Ramsay was the third player to leave Gut Lärchenhof in another spectacular car: the BMW M760Li xDrive.

England’s Matt Wallace produced the performance of a lifetime to claim victory at the 30th BMW International Open at Golf Club Gut Lärchenhof – and with it the € 333,330 first prize.

“It is brilliant to win here in Germany,” said Wallace, the winner of the Indian Open earlier this season. “The BMW International Open is such a great event and to play against the likes of Martin Kaymer and the guys at the top is great. I’ve worked hard for this and want to go further. I want to kick on and do this in even bigger events from now on.” 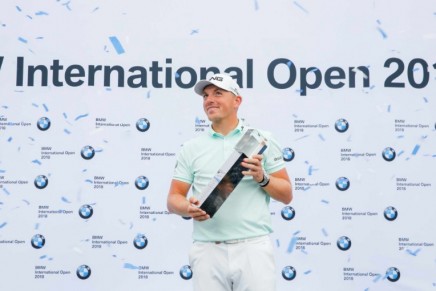