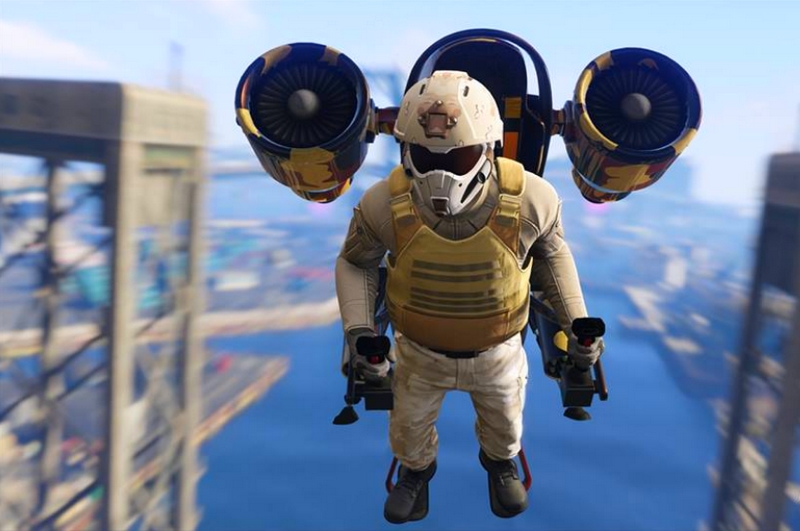 This article titled “‘A hidden gem!’: Readers on their top video games of 2018” was written by Guardian readers, for theguardian.com on Thursday 27th December 2018 12.00 UTC

A 3D platformer in actual 3D. As someone who has often struggled with judging depth in 3D games, this came as a revelation. The game requires you to duck or lean with the headset to navigate and avoid obstacles while guiding your tiny robot to the goal. Incorporating the player into the gameplay in this way ensures that you’re consistently engaged. Levels are cheerful, alive with animation, and always inventive. I found myself completely drawn in. Sam Nichols, 32, London

My gaming time is basically half and hour here and there during brief moments of down time, so this, on my well used PS Vita, is my game of the year. It fused interesting and engaging platforming/puzzling with an intriguing storyline based on ideas of totalitarianism, religion and the environment – that sounds pretty heavy, but it’s not. The writing is witty and fun, with some great characters that keep the story moving along at a good clip. For 30 minutes a day it was like being a kid again. Dan, 38, Manchester

I have loved every single second I have spent as Arthur Morgan. Whether I was riding around hunting down a three star animal for its perfect pelt or helping new friends, it has been an absolute joy to play. Having finished the incredible main story, I began the game again, taking my time, collecting everything there is to find, meeting everyone there is to meet. It’s a beautiful world full of amazingly written characters. The game of the century, never mind 2018! Gemma, 28, West Midlands

Hollow Knight: ‘Got its hooks into me’

I’m not a huge indie gamer, but Hollow Knight really got its hooks into me on my Nintendo Switch [it was released last year on PC]. I was drawn in initially by its gorgeous art, but it was its ever-expanding world and the challenges within it that kept me playing for hours. Traversing the world is also an absolute joy. Even when I was 40+ hours in, I was still acquiring new abilities that opened up new sections of the world with new bosses and challenges. Kenny Lomas, 31, St Helens

Such a joyful little game. The music, colours and characters are so pleasant that it makes the island a wonderful place to explore. The fact that you do this by manoeuvring through the game like a pinball makes it better still, and the game adds some metroidvania elements to keep the action fresh as new abilities are earned. I can’t think of any game I’ve played quite like it. Paul, 27, Sussex

Assassin’s Creed: Odyssey: ‘Creating a path not following one’

Intriguing character development and an immersive classical Greek universe make this the best Assassin’s Creed for a long time and my favourite game of the year. The story is captivating, made even more so by the cameos of Socrates, Hippocrates, Pericles, and many more. The player is given the chance to change the course of the game at every interaction, making you feel like you are creating a path rather than following one. The magnitude of the open world and the length of the main story alone is immense but never daunting, as the plot thickens throughout. Oli Mason, 21 Manchester

An old school first person shooter with an emphasis on speed and movement that was entirely absent from big budget shooters until Doom reappeared two years ago. It gets both these and the shooting exactly right. The graphics may be off putting for some, but aren’t without charm and end up bolstering the game’s faintly sinister tone. Level design starts simply enough (although there are well hidden secrets on each) but as the game progresses becomes more elaborate and more playful – I’d go as far as saying that this is some of the best map design in FPS history. Martin O’Hagan, 43, Northern Ireland

Celeste: ‘A sensitive and funny story’

A wonderful Switch game where mental health struggles are conceptualised as a platformer. There’s a sensitive and funny story woven through the game that in turn produces gameplay variations during the different levels. It is satisfyingly difficult, but also offers a customisable set of accessibility options to ensure anyone can enjoy it. The soundtrack is amazing too. John Edwards, 39, Llandudno

The combat mechanics were amazing with no other weapon in gaming this year was as satisfying to use as Kratos’ axe. The boss battles were genuinely thrilling (albeit with the odd rage quit when coming up against those damned Valkyries…) and it looked gorgeous but it was the story that really made this game something special. Kris, 40, Cardiff

Frost Punk: ‘Action from the get-go’

Another heart wrenching success from the creators of This War of Mine. Alternate reality Victorian London gets turned into a frozen wasteland and it’s up to you to lead the few survivors out into the cold and make a new start. Lovely storytelling, graphics and music put you in the action from the get-go and the game tests your morality at every turn. Every decision you make comes at a cost – I actually found myself welling up a bit when I needed to decide whether to take in a group of refugees when I knew my little community didn’t have enough to go around. Rob, London

An adult-oriented dating simulator that challenges you to help the students at Spooky High School get dates for the prom. The characters are really well written – based on archetypes of the teen romance and classic horror genres, but given enough depth that you come to care for them all a lot. A couch co-op game perfect when friends are over, with dozens of possible outcomes and thousands of unique events – you’ll play it a lot before you start encountering scenarios twice. The developers have remained in near-constant communication with the player community, adding regular seasonal updates and running fan competitions. Rebecca, 28, Warwick

This game took me and my gaming group by surprise and by storm. Tight gameplay with a great theme and art style and fantastic multiplayer that was easy to pick up but hard to master, with just enough random elements to make each playthrough a challenge and an adventure even for seasoned players. There is continual support, with large patches that not only balance the game but add even more content – which somehow doesn’t clutter up the game. Definitely one of the hidden gems of 2018. Milo Etherton, 24, Bristol

It may have originally been a Japanese Wii game not from this year but it was released localised on the PS4 in 2018. It is a choice driven graphic novel-inspired game that follows the lives of locals in Shibuya, Tokyo, who are brought together over a certain event. The writing is fantastic, music is great, and it is hilarious. It’s a shame this was overlooked by many critics. Kate, 37, Manchester

Return of the Obra Dinn: ‘As immersive as anything I’ve played’

One the most immersive story telling games I have ever played. The premise of being an insurance assessor of the early 1800s who is charged with discovering the fate of the crew of an empty ship might not sound appealing, but give this game a chance and the reward is incredible. The best stories are when the reader/player has to fill in the gaps with their imagination – and Obra Dinn makes this an essential part of the gameplay. The two-tone colour palette, reminiscent of the 80s, and the incredible voice acting, add further to the unique feel of the game. Andrew Holland, 43, Liverpool

The most purely entertaining game of the year. The story, which focuses as much on the home life and relationships of Peter Parker as on his web-slinger alter-ego, is surprisingly engaging for a superhero tale. As for the gameplay itself, it’s the most fun I’ve had with a game in a long-time: the intuitive control scheme makes combat fast-paced and fluid, and just swinging around the game’s beautiful recreation of Manhattan is a joyous experience. Hugo Gordon, 27, London

Detroit: Become Human: ‘What a modern game can be’

A breathtaking journey, not only into gaming evolution and our ability to hypothesize our own destinies but into the very definition of what a modern computer game can be. I am thankful to developers such as Quantic Dream for pushing the boundaries of computer game design with this beautiful title. Lenny, 32, New York

Although only released on 4 December this my favourite of the year. Much use has been made of original Swedish comic book artwork. The feeling is tense, gloomy, post apocalyptic and above all, actually moving. The action feels more like an evolving story than a set of missions. Gameplay is solid, satisfying and gripping. The characters are exactly that, not just grunts who do your bidding but come across as real people who have their own story and opinions. John Stuart, 56, Edinburgh

I’ve found myself drifting towards smaller, weirder games. Paratopic captured my imagination with its deliberately scuzzy PS1 era graphics, disjointed vignette format and short playtime (it took around 45 minutes on my first playthrough). It’s creepy, unsettling, funny, disgusting and oddly beautiful, and left a far deeper impression than anything else I played this year. Jake Lake, 32, Edinburgh

A Way Out: ‘A genuine emotional journey’

The presentation and co-op centric design elevates the overall package and gave me the best gaming experience of the year hands down. I played through the entire game on the sofa with my son and we both went on a genuine emotional journey following the the two main characters. You simply can’t succeed alone and the “friendship” that is forged between characters in-game is replicated in the relationship of those playing, as you are constantly communicating. We completed a daring night-time prison escape; performed a fully co-ordinated gas station robbery; tried ludicrous hats on while hiding out in a farmhouse – all of this together in quite a beautiful few hours. Family bonding has never felt so good! Luke Brown, 37, Brighton

I’ve abandoned Red Dead Redemption in favour of a comparatively inelegant Indie survival simulation where you’re stranded on a water planet. I’ve ploughed countless more hours into being a starving parched scuba-diving astronaut than I have being a cowboy, and the difficulty – and reward – curve are nigh-on perfectly balanced. It’s atmospheric, tense and, to this jaded old gamer, maddeningly addictive. I usually object to grinding in video-games, but Subnautica makes it fun. David Court, 47, Midlands

The best game on Steam that not many have heard of. Set in a creepy wild west Louisiana you play a contract hunter of monsters, and, if you want, other players. The visuals are breathtaking. My partner looked over my shoulder and thought she was looking at a photo. The sound design is awe inspiring. Walk too fast and you’ll step on a branch. Too close to ducks and crows and they will fly up and give away your position. The tension can literally make you breathless. JP Quinlan, Bolton