Spin Time Air Paved is displaying the time in its own way. These seven unique Louis Vuitton Tambour Spin Time Air models are a creative celebration of an innovative watchmaking concept that has now turned telling the time into a moment of pure pleasure for ten years. 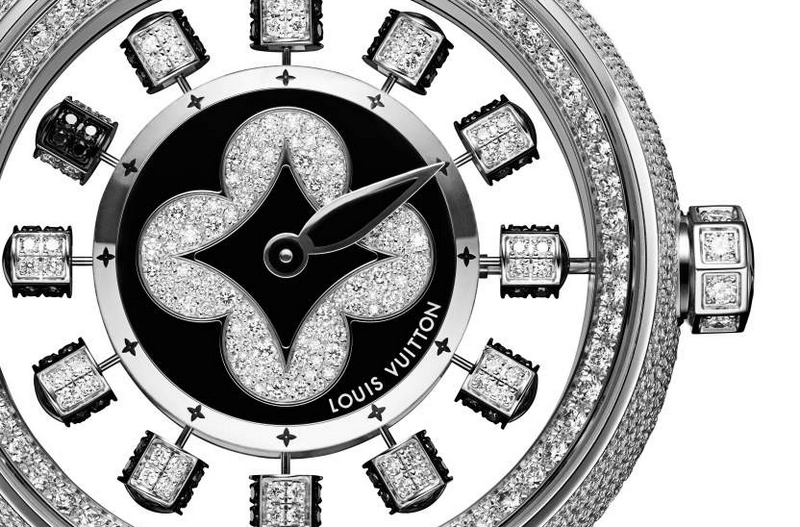 Louis Vuitton Tambour Spin Time, the most modern of the Jumping Hour watches, astounded watchmaking circles ten years ago when it introduced an entirely new way of reading the time. Now known as the Tambour Spin Time Air, it is dressed in new finery while remaining faithful to its unique concept. A collection of seven designs, three for men and four for women.

Instead of a central hand, the Louis Vuitton Tambour Spin Time Air uses twelve rotating cubes to display the hours.

Every 60 minutes, two of them spin around instantly. The hour, therefore, ends with a cube revealing its neutral side, making way for the next hour, which is displayed by another cube revealing its distinctive side. As playful as it is technical, this unrivalled, innovative concept provides a fun way of reading the time thanks to an exclusive and patented calibre developed in 2009.

The unique self-winding movement has evolved this year thanks to the talents of the master watchmakers at La Fabrique du Temps Louis Vuitton, making way for the calibre LV88 which offers a 35-hour power reserve. The principle remains the same, but this new calibre is more ethereal, the cubes that display the time appearing to float in mid-air.

The mechanism is lodged at the centre of the case between two sapphire crystals, below a motif, the iconic LV signature for men’s versions and two superimposed Monogram flowers, one rounded and one-pointed, for women’s watches. The cubes have become veritable satellites, suspended between the calibre and the case. The hidden side of the cubes, as well as the oscillating weight, can be seen through the transparent back. 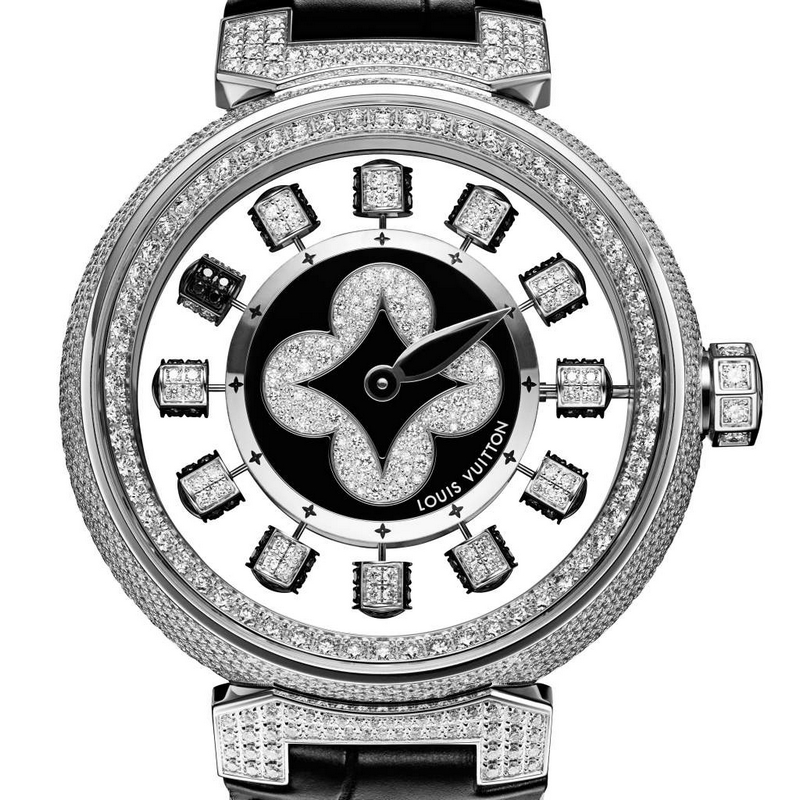 Each of the seven new Tambour Spin Time Air watches is housed in a white gold case. With a diameter of 42.5 mm and water-resistant to 50 metres, it is available with a variety of central patterns and gemstone settings, in addition to the cubes which become a true outlet for creative expression. Each side – set with diamonds or coloured stones, lacquered or satin-brushed – is unique, displaying the time in its own way. 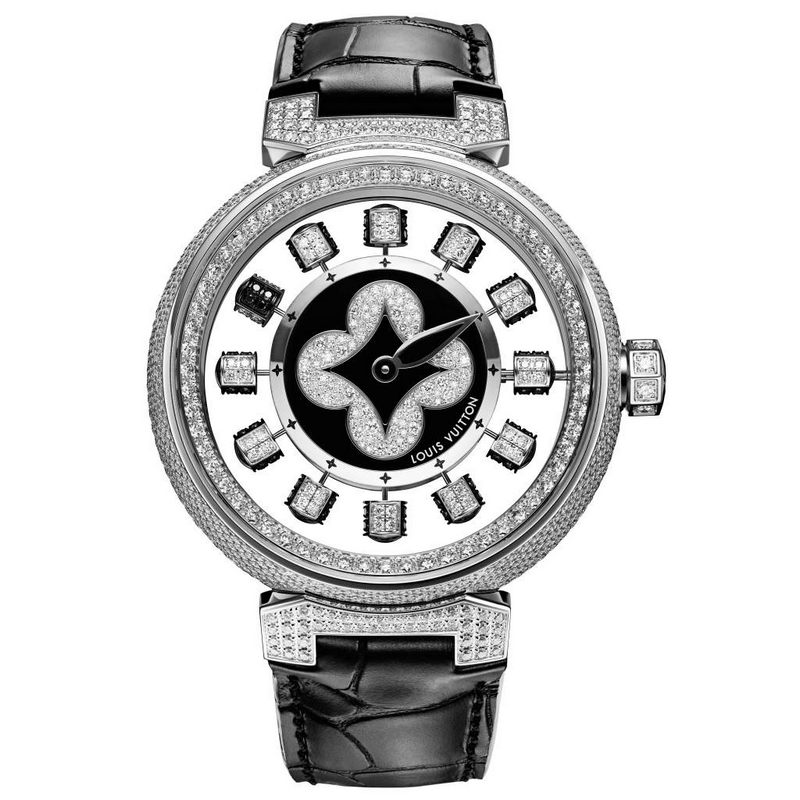 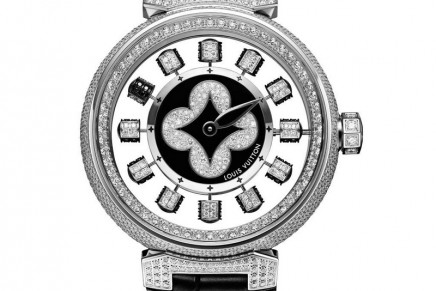 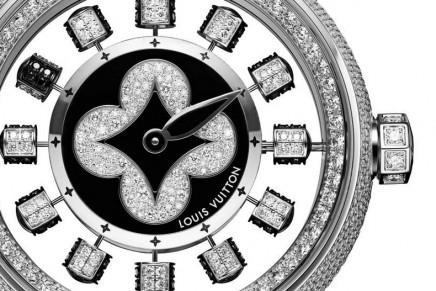 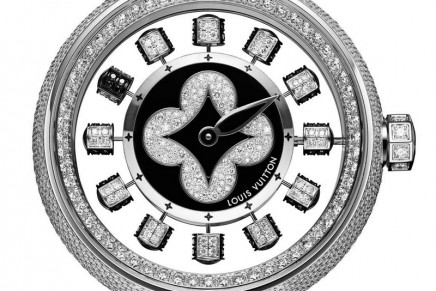