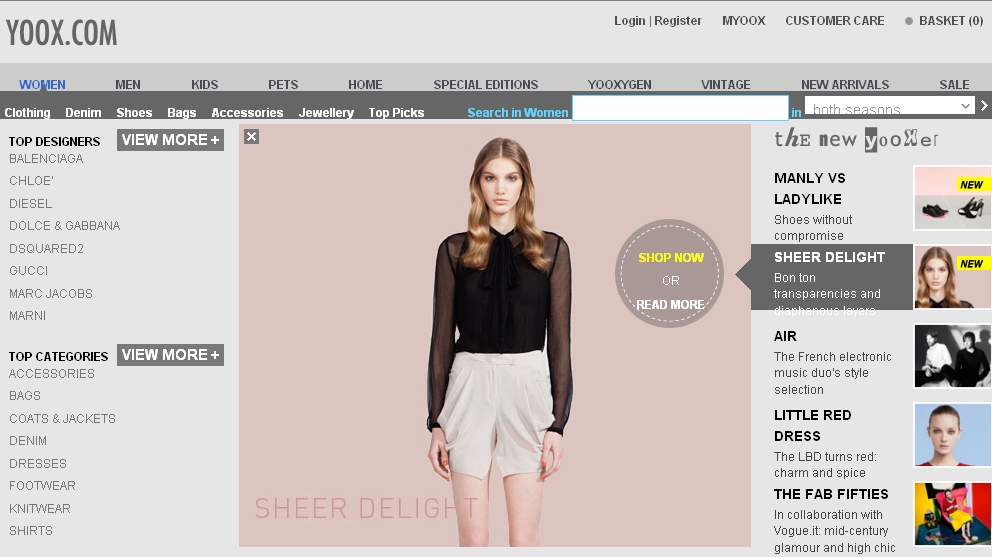 Italian internet mail order luxury retailer Yoox expects profitability to Increase in 2012. Yoox climbed 8.6 percent, the most in more than eight months, in Milan trading on Feb. 9 after reporting a 36 percent increase in 2011 revenue that exceeded analysts’ estimates. North America replaced Italy as the company’s largest source of revenue, accounting for about 21 percent of the 291.2 million- euro ($383 million) total.

“2012 will be the year in which Yoox gathers the fruit, also in terms of profitability,” Federico Marchetti, who founded the Bologna, Italy-based company in 2000 and is also its chairman, said in a interview for businessweek. “I feel very confident about 2012 in terms of the top line.”

Revenue growth from so-called mono-brand websites such as www.zegna.com and www.armani.com will continue to outpace multi- brand sales as Yoox opens five or six e-commerce stores for other brands this year. The retailer will also introduce www.yoox.com to China towards the end of 2012 and “we cannot exclude opening” more multi-brand stores, the CEO Marchetti said, without specifying when or where.