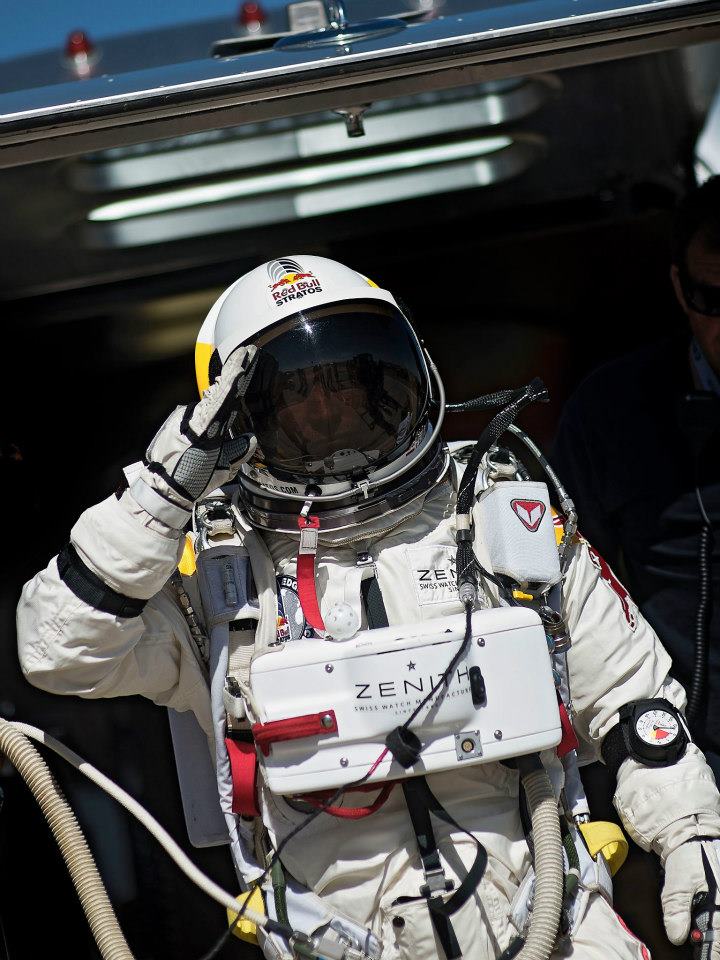 Historic achievements are made with exclusive watches. While James Cameron took to the bottom of the ocean a Rolex, Felix Baumgartner was equipped with a Zenith when he successfully jumped from an altitude 128,100 feet, reaching 833,9MPH and parachuted safely on earth.

Felix Baumgartner‘s incredible supersonic jump from the edge of space was made with a Zenith El Primero Stratos Flyback Striking 10th firmly strapped to his wrist. 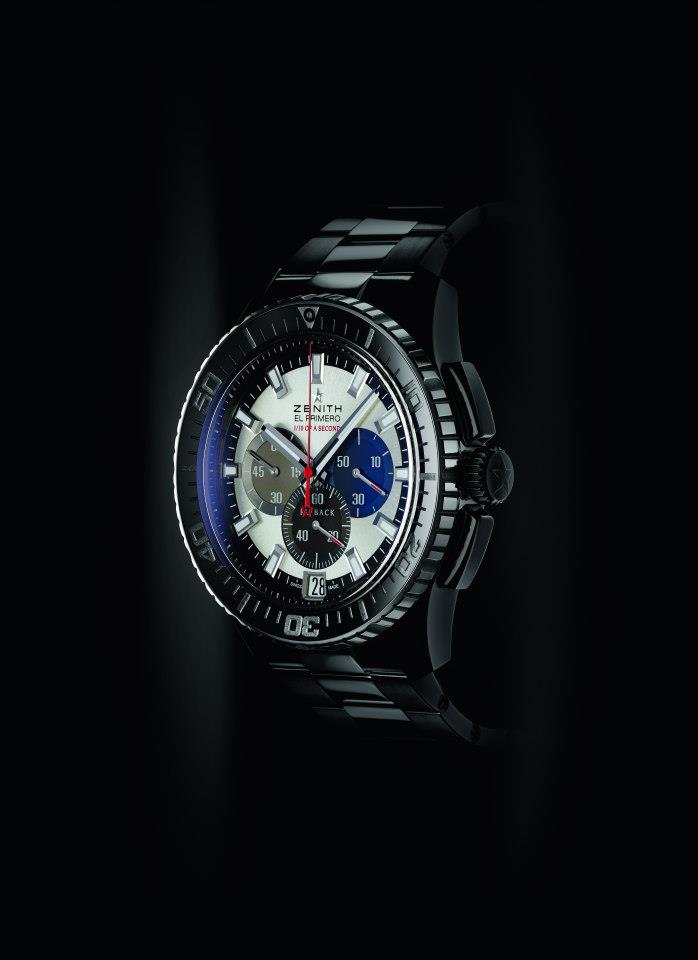 Felix Baumgartner transcended human limits that have existed for more than 50 years and jumped out of a capsule suspended from a balloon in the stratosphere at an altitude of over 128,100 feet / 39,045 kilometres. Labelled Red Bull Stratos, Baumgartner’s mission to the very edge of space, nearly four times higher than passenger planes typically fly, smashed three world records:
– the highest manned balloon flight;
– the highest free fall;
– breaking the sound barrier with the human body for the first time in history.