Brad Pitt explores his relationship with Chanel No. 5: “There you are – CHANEL N°5 Part 1”
New Chanel No. 5 video starring Brad Pitt 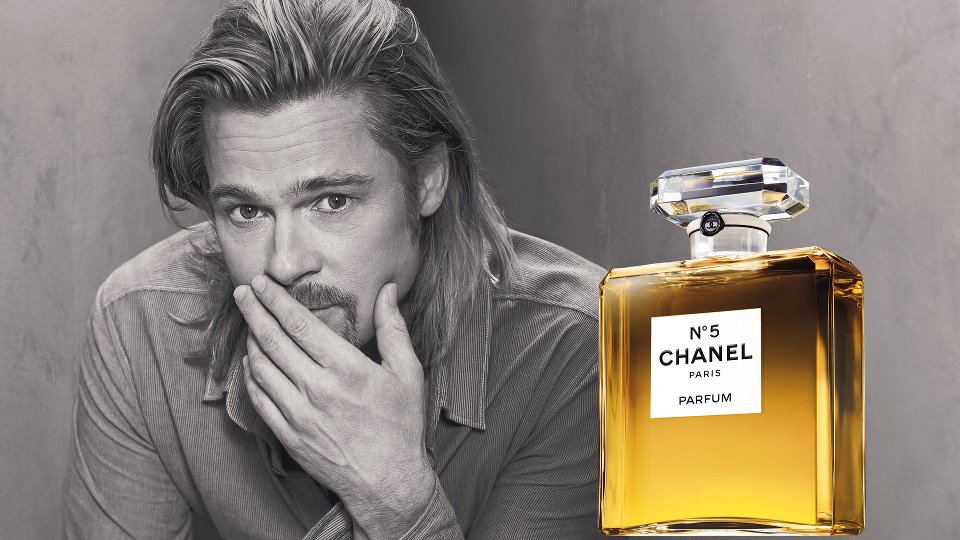 Inspired by Chanel’s “1973 commercial” shot by Helmut Newton featuring French film star Catherine Deneuve, movie director Joe Wright worked with Brad Pitt, the first man who has starred as the face of the Chanel No. 5 perfume.

In the new video revealed on Chanel site, Brad Pitt is talking to the camera, in the same way as Catherine Deneuve did almost 40 years ago.

“It is not a journey, every journey ends, but we go on,” Brad Pitt speaks with an invisible woman. “The world turns and we turn with it,” he adds, as we see the earth turning silently in space with a bottle of Chanel No. 5 superimposed on top of it. Joe Wright has worked with Chanel before to film the Coco Mademoiselle films with Keira Knightley. Chanel No. 5 was created by Russian-French perfumier Ernest Beaux for Gabrielle ‘Coco’ Chanel in 1921.