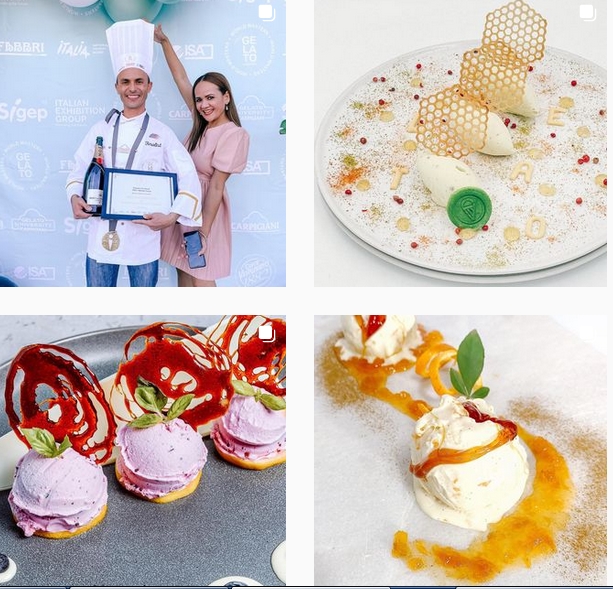 After 4 years of competitions, hundreds of selection events and over 3500 participants from 5 continents, here are the results of the world final of Gelato Festival World Masters 2021 World Masters.

After live streaming for 12 hours with the selected 32 gelato Chefs from 18 countries around the world, the verdict of the Gelato Festival World Masters 2021 World Masters Final, the tournament with partners Carpigiani and Sigep – Italian Exhibition Group, has finally arrived. The best gelato flavor in the world is Hungarian, “Frutta di Pistacchio” by Ádám Fazekas of Fazekas Cukrászda in Budapest, a creamy salted pistachio gelato with a Tonka bean spiced raspberry coulis and a pistachio crumble. 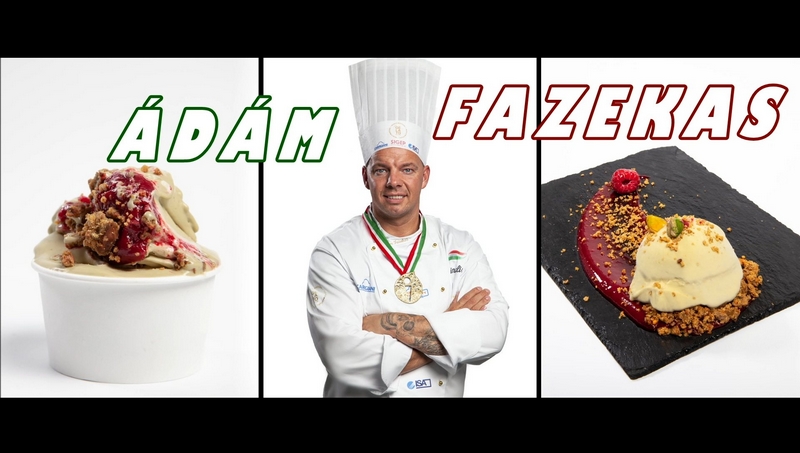 The Hungarian Adam Fazekas impressed the jury for his technical competence, the quality and combination of the ingredients and the taste presentation.

His journey began in 2018 with a selection in Hungary and then, the following year, the victory in the “Gelato festival Next Generation” competition which brought together the 16 best European gelato artisans under the age of 30. Finally, he won the European Final last July.

“I come from a small European country, Hungary, with big dreams, professional humility, and unstoppable hunger for knowledge. It was a huge step and also a great honor to win the National Championship then to come out on top of the “Next generation” category in Rome in 2019. My special gelato poem was inspired by one of the best-selling desserts of our confectionery. That’s how the salted pistachio gelato was created,” – commented the world champion Ádám Fazekas. 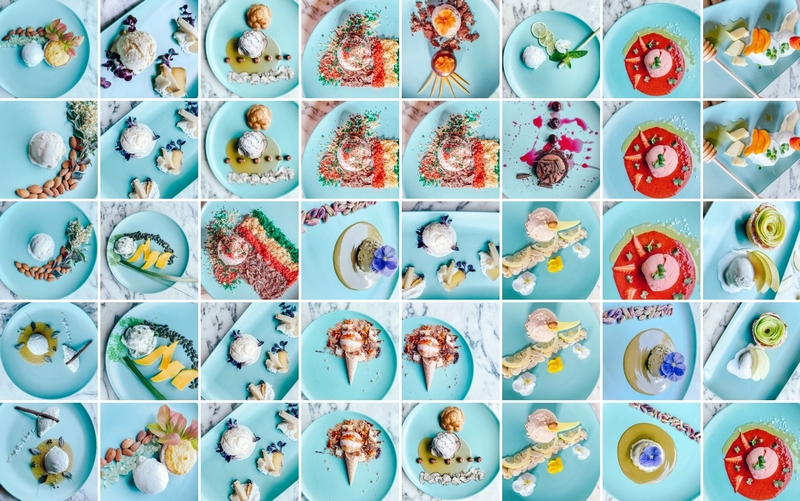 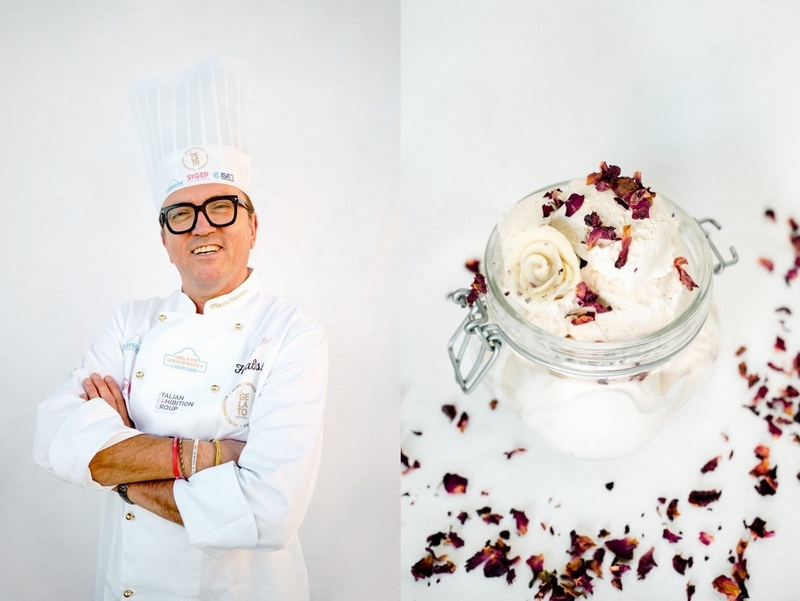 The Gelato World Cup is partner of the Technical Jury.

The Gelato Festival World Masters 2021 debuted in Florence in 2010, inspired by the ideation of the first gelato recipe by the multifaceted architect Bernardo Buontalenti in 1559. Since then, the gourmet event has expanded its borders, expanding first to the rest of Italy, then to Europe and – since 2017 – also in the United States, with hundreds of events held, before embracing the whole planet with the World Championship of Gelato Festival World Masters 2021. 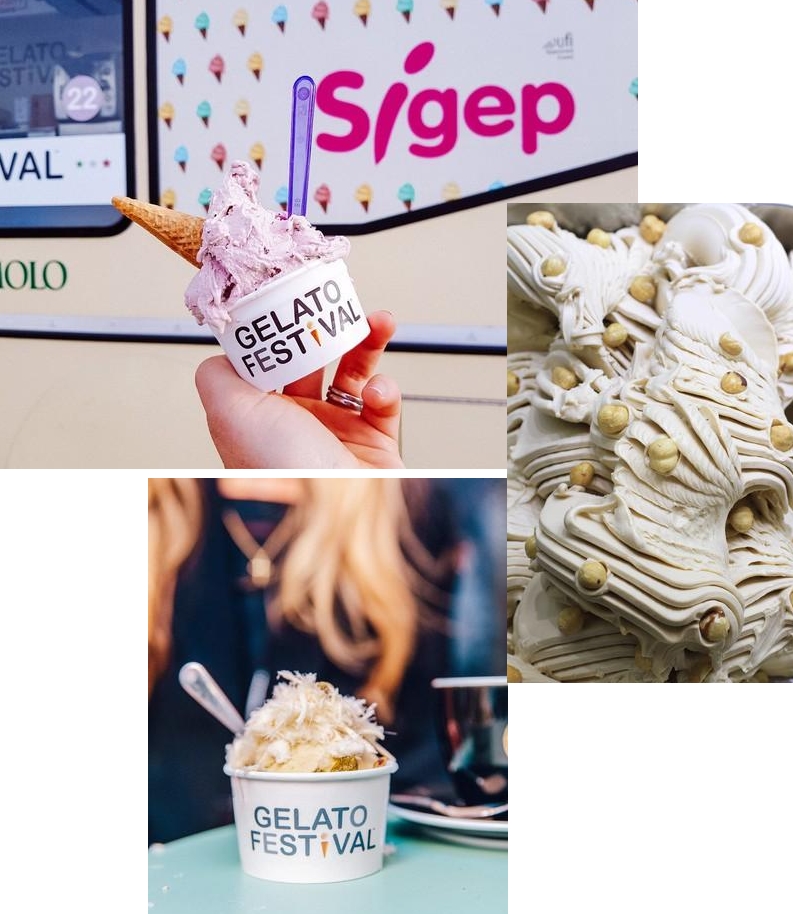 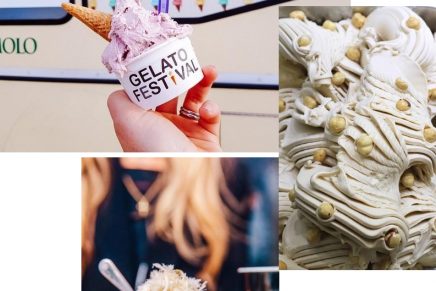 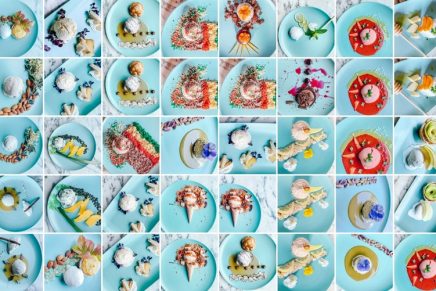 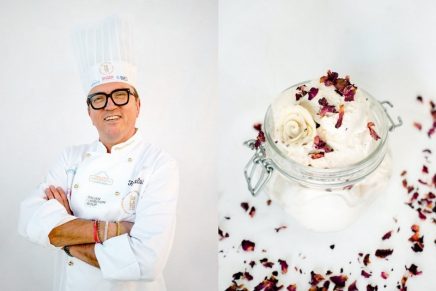 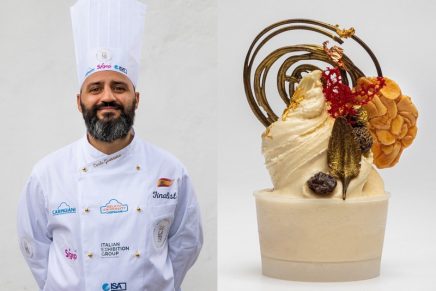 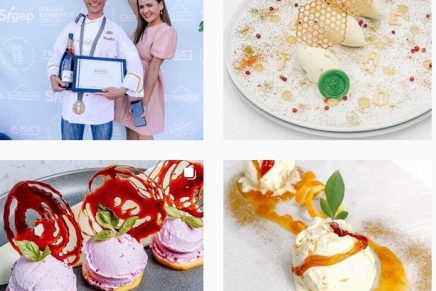 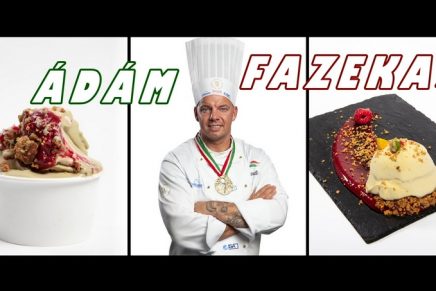