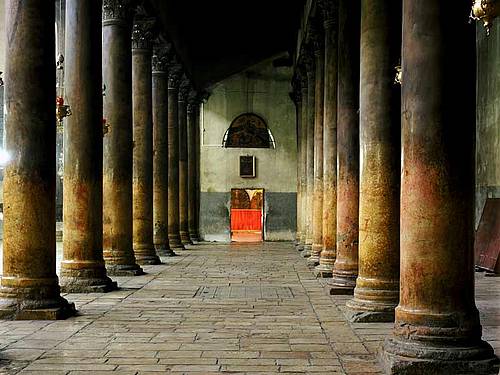 Dangerously mixing politics and culture, new sites have been inscribed on UNESCO’s World Heritage List: Birthplace of Jesus: the Church of the Nativity and the Pilgrimage Route, Bethlehem (Palestine); Site of Human Evolution at Mount Carmel: The Nahal Me’arot/Wadi el-Mughara Caves (Israel), Rock Islands Southern Lagoon (Palau), and The Cultural Landscape of Bali: the Subak System as a Manifestation of the Tri Hita Karana Philosophy (Indonesia), Rabat, modern capital and historic City: a shared heritage (Morocco).

Israel angrily denounced the vote, with Foreign Ministry spokeswoman Ilana Stein saying the decision “has turned UNESCO into a theater of the absurd.”

Birthplace of Jesus: the Church of the Nativity and the Pilgrimage Route, Bethlehem (Palestine) was placed on the List of World Heritage in Danger as it is suffering from damages due to water leaks. The inscribed property is situated 10km south of Jerusalem on the site identified by Christian tradition as the birthplace of Jesus since the 2nd century.

A church was first completed there in 339 A.D. and the edifice that replaced it after a fire in the 6th century retains elaborate floor mosaics from the original edifice. The site also includes Latin, Greek Orthodox, Franciscan and Armenian convents and churches, as well as bell towers, terraced gardens and a pilgrimage route.