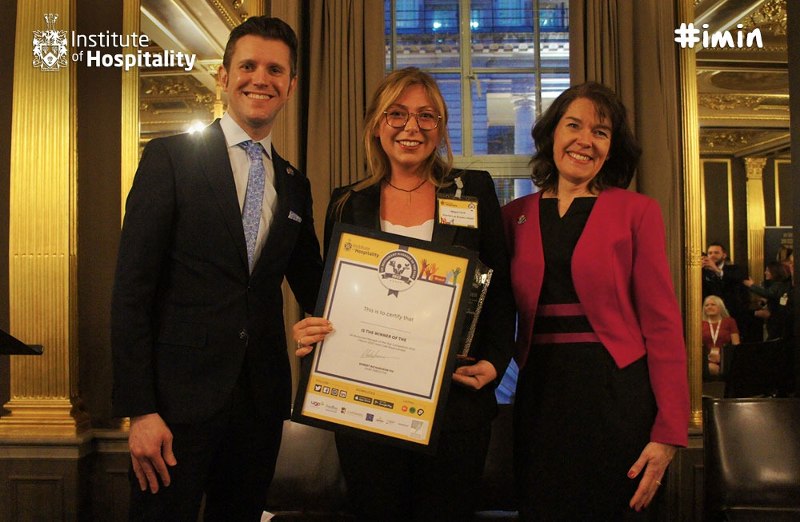 Hotel Café Royal was the stunning background to the huge March celebration as Abigail Clark from Charlie’s at Brown’s Hotel was crowned Institute of Hospitality UK Restaurant Manager of the Year (RMOY) 2022.

Now in its twelfth year, the prestigious competition held by the professional hospitality body, The Institute of Hospitality, rewards the very best in the industry.

After a successful first round, Abigail, alongside the other finalists, took part in an intensive day of testing where they all demonstrated their technical skills followed by their management skills in front of a panel of leading industry professionals as well as guests.

One of the few female Restaurant Managers in Mayfair, London, Abigail joined Charlie’s at the beginning of 2020 with experience from across the globe. With time spent in Asia and prior to this at the Shangri-La, The Shard, London, Abigail brings her contemporary style and diverse approach to leads a team of professionals together with restaurant icon, Jesus Adorno.

Commenting on her achievement, Abigail says, ‘It is hard to put into words how honoured I am to have been recognised by the Institute as ‘Restaurant Manager of the Year’. I am forever grateful for the support that I have received from Brown’s Hotel and Rocco Forte Hotels, encouraging me to take part in this competition. This award is a great platform as I continue my career’.

Stuart Johnson, Managing Director of Brown’s Hotel, states, ‘I am so proud of Abigail on what she has achieved within Charlie’s and this award is testament of her professionalism and enthusiasm for an industry she is so passionate about, this award is so well deserved’.

The UK Restaurant Manager of the Year competition, now in its twelfth year, rewards the very best in the industry and is open to restaurant managers of all types of operation. This year was ‘exceptional’ according to the esteemed panel of judges who had an unenviable job of choosing the winner.

The hard-fought day culminated in the finalist’s carrying out a final test in front of a specially invited VIP audience before Sarah Peters MIH IoH Head of Commercial & Events took to the stage for a lively and incredibly entertaining panel discussion. Cyrus Todiwala MBE FIH, Pervin Todiwala FIH and the first-ever RMOY winner, Peter Avis FIH were in the hot seats to recall some hilarious past experiences and their insights.
To thunderous applause, Abigail was crowned IoH UK Restaurant Manager of the Year 2022 at the glittering Winner’s Reception. And as a double celebration, she announced it was her birthday too! What an amazing end to a perfect day. James Brackley MIH of South Lodge Hotel, was named runner up.

Speaking at the event, Robert Richardson FIH CEO of the IoH said: “If proof were ever needed how highly skilled our industry is, how dedicated, passionate and talented our extended hospitality family is, then our 2022 Restaurant Manager of the Year competition captured that perfectly. We crowed an incredible winner and runner up live on stage tonight. Everyone who made it through to the finals is a winner, and our industry is much better for the shinning examples they give. For Abigail to win on her birthday and on the eve of International Women’s Day could not have been more perfect” said Robert.

Entries for Restaurant Manager of the Year 2023 will open later this year. 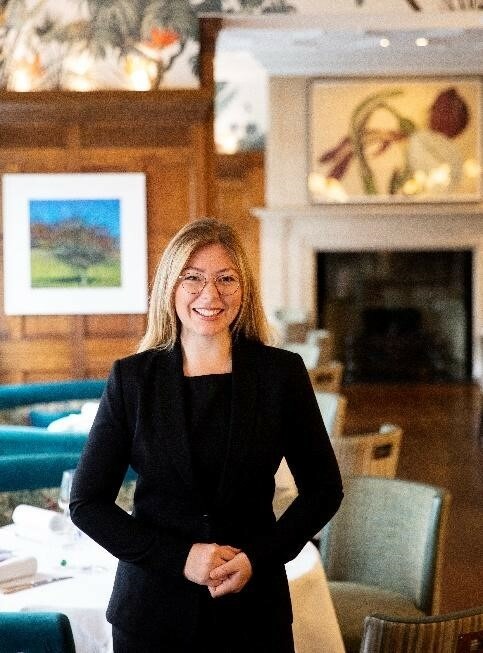 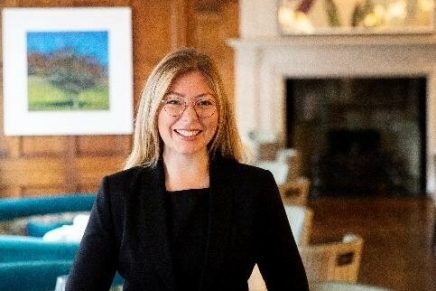 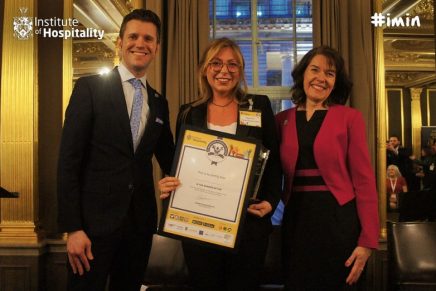