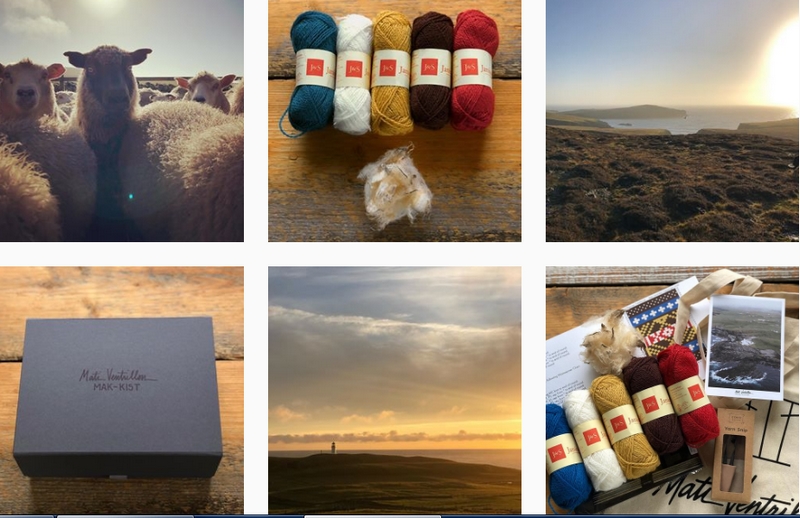 This article titled “Trend watch: Fair Isle knits are a cottagecore winner” was written by Jo Jones and Helen Seamons, for The Observer on Sunday 1st November 2020 08.00 UTC

Although the vast majority of this knitwear is not actually made on Fair Isle, it’s still possible to buy authentic garments from local knitters. Bona fide Fair Isle knitter Mati Ventrillion is based on the island and knits to order (from £330), later this month, she launches Mak-Kist knit kits in traditional colours (£50), complete with driftwood knitting needles, to make your own wristband or ski hat, and her recent book, Knitting from Fairisle (£16.52), details the history of the intricate patterns and how to knit them.

Investing in a hand knit is a great way to support small businesses specialising in craftsmanship and artisanal skills. Family owned label, & Daughter, have a modern take on the traditional yoke style, which looks great worn over a midi dress or flat-fronted cropped trousers and hiking boots – see also Toast’s all-over pattern and seamless yoke versions.

As with all perennial trend pieces you can pick up a good vintage find. Try beyondretro.com, ebay and marketplace.asos.com for well-priced pieces. The same applies to sale sections online. The Outnet currently has great Fair Isle inspired options from Maje and Sandro at 50% off.

Shake off the fusty association by layering a tucked-in tank top version over a T-shirt worn under a Crombie style coat, as seen on Alexa Chung. Her Cooking Apple X Cutter Brooks tank top is hand-knitted in the Cotswolds by a small team of knitters, using British wool. Each vest takes one week to make. Teaming with a velvet blazer brings a smart edge to the look. A straight-leg slightly cropped jean worn with boots also keeps it modern. Another styling trick is to swaddle a cardigan over a heat tech roll neck under a puffer coat for outdoor comfort dressing, if you’re staying indoors swap in a camisole underneath and add minimal jewellery.

Fair Isle isn’t an exclusively womenswear trend either – on the runway Maison Margiela showed an inside-out iteration of a Fair Isle sweater, Jamieson’s of Shetland have a multitude of patterns and colourways in men’s cardigans, sweaters and tank tops. On the high street Gant and John Lewis have got behind the trend with sweaters (above) and socks respectively. Hunt down preloved pieces on Depop.

Keep the look fresh by wearing with faded or well-worn jeans to offset the preppiness, Timothee Chalmet in torn-knee Gucci jeans and old school Adidas trainers should be your styling inspo here. Fair Isle also pairs well with heritage pieces like a trenchcoat or wool overcoat. Finally, it’s the perfect piece to segue nicely into the festive season without veering into novelty Christmas jumper territory.