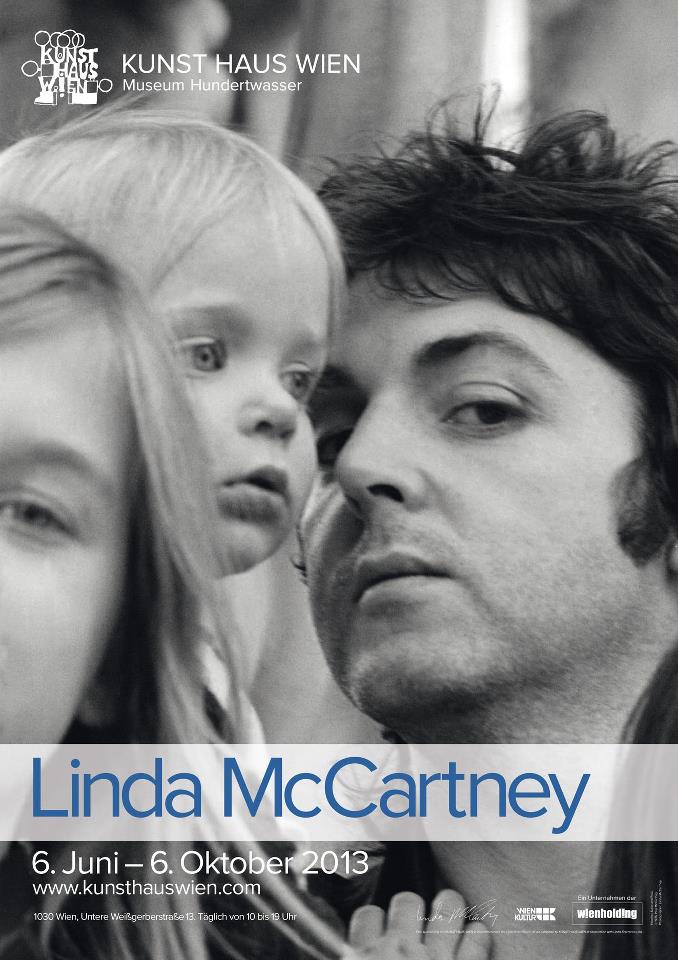 Kunst Haus Wien is holding a retrospective devoted to the oeuvre of Linda McCartney, one of the most interesting photographers of the 20th century. The exhibition, which is the first comprehensive retrospective of McCartney’s works worldwide, presents 190 of her iconic photographs of sixties rock and roll, her family life and nature.

Linda McCartney, who was born Linda Eastman in 1941 in New York, had a passion for photography. Her fascination with music led her to immerse herself in the musical scenes of New York, California and London, documenting the “swinging sixties” with her portraits of stars such as Jimi Hendrix, Janis Joplin, Jim Morrison, Aretha Franklin and Simon & Garfunkel. The palpable atmosphere of closeness and informality in her fresh, candid photographs makes her approach to portraiture unique.

A chance opportunity to photograph The Rolling Stones at a press conference in June 1966 to promote the album “Aftermath” on a yacht on the Hudson River in New York was a breakthrough for the young photographer. In 1968, when her portrait of Eric Clapton was featured on the cover of “Rolling Stone”, she became the first woman to have this honour.

Linda photographed The Beatles at the launch of their album “Sgt. Pepper’s Lonely Hearts Club Band“ in 1967. Paul and Linda fell in love, and got married two years later. Linda’s photographic world expanded to encompass her family life raising four children with Paul, as well as the final years of The Beatles, Wings tours, and more peaceful times in the country in Sussex and Scotland. Linda McCartney’s everyday scenes, which reflect the warmth of her devotion to her family, reveal her alertness to the poetry of the moment as well as to humorous or surreal situations, and stand on an equal footing in her oeuvre with her famous portraits. These works, too, demonstrate her distinctive personal style: a casual elegance combined with an instinctive feeling for capturing the subject at just the right instant.

Michel Comte – the comprehensive exhibition (17 October 2013 to 16 February 2014) is the upcoming project of the Kunst Haus Wien. The comprehensive exhibition developed by the Museum für Gestaltung Zürich presents, for the first time, works ranging over more than three decades of this influential photographer’s career and provides insights into the development process of a pictorial world that has strongly influenced our everyday visual environment.