The winners of the 9th annual World Superyacht Awards. MADAME GU wins ‘Superyacht Of The Year 2014’ 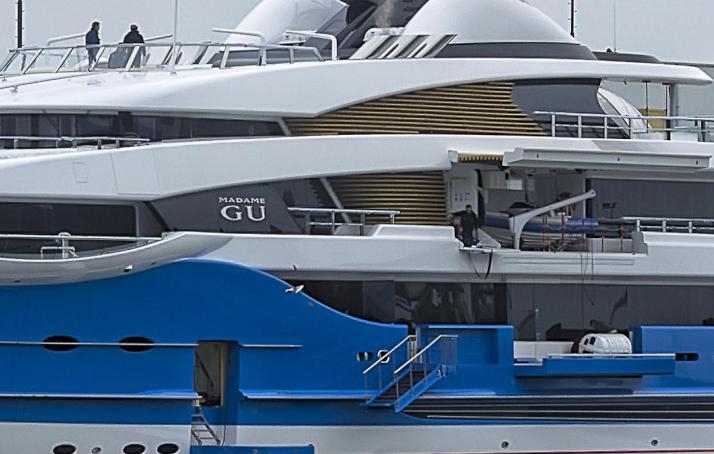 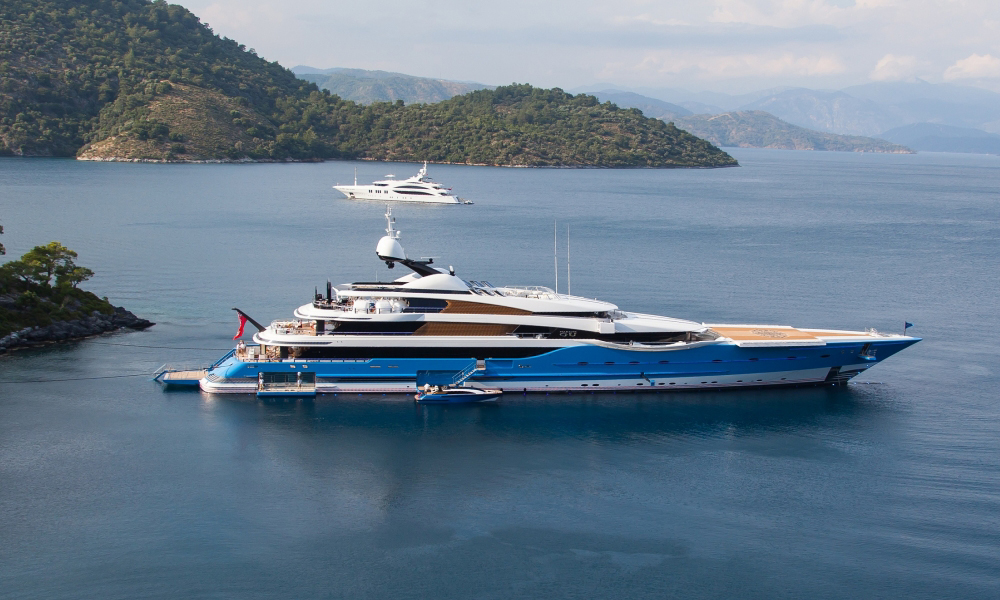 62 of the finest new build superyachts delivered in 2013 competed for the ninth annual World Superyacht Awards trophies – the most coveted awards in the superyacht industry.

The coveted prize of ‘Superyacht of the Year 2014’ and the prestigious Neptune trophy went to the 99 metre Feadship MADAME GU. Whilst size is not a factor in determining the victor of this award, this year the judges did select the largest yacht of those shortlisted. “Built by Feadship–de Vries in Makkum, The Netherlands, with both exterior and interior design from Andrew Winch Designs, Madame Gu is widely recognised as one of the most exquisite yachts afloat. It was not just appearance that swayed the judges; a superb quality of structural build, the design and installation of the mechanical elements and systems, and the perfection of interior joinery and decoration was absolutely beyond reproach. This resulted in a unanimous decision to name her as the highly deserved Motor Yacht of the Year,” explained World Superyacht Awards jury. 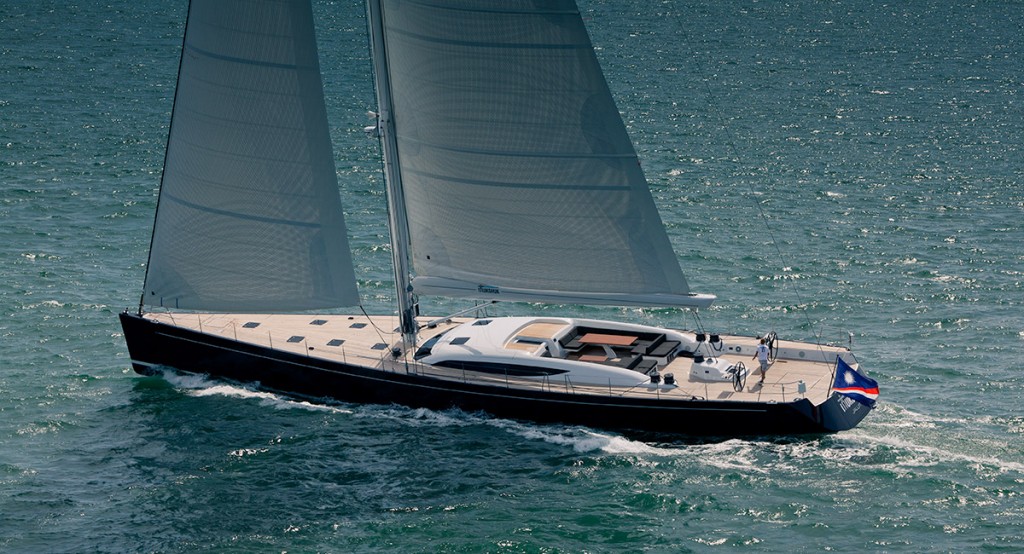 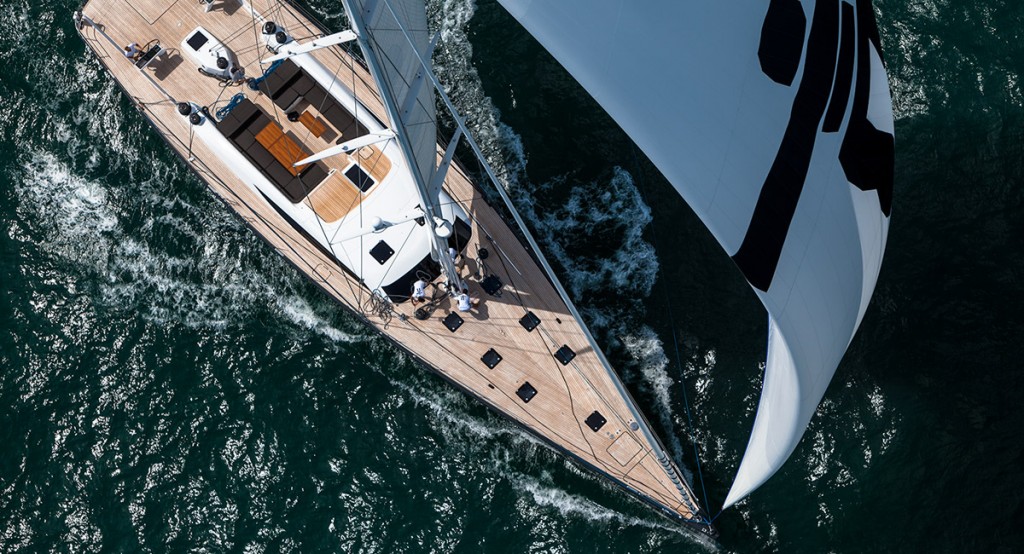 Sailing Yacht of the Year 2014 went to 32.64m Inukshuk yacht.
After much consideration of the two sailing yacht class winners – Ganesha and Inukshuk – the judges voted almost unanimously to select Inukshuk, a 32.6-metre sloop built by Baltic Yachts in Finland, as the winner of this prestigious award. Their decision was largely based on recognition that this yacht provides an optimal balance between excellent sailing performance and the high degree of comfort and customisation offered to its owner. Inukshuk’s elegant looks, which feature uncluttered deck spaces derived from the drawing board of German Frers, state-of- the-art sailing systems and the high standards of construction seen both in the structure of the vessel and its interior finish by Adam Lay Studio, were all factored into the decision. 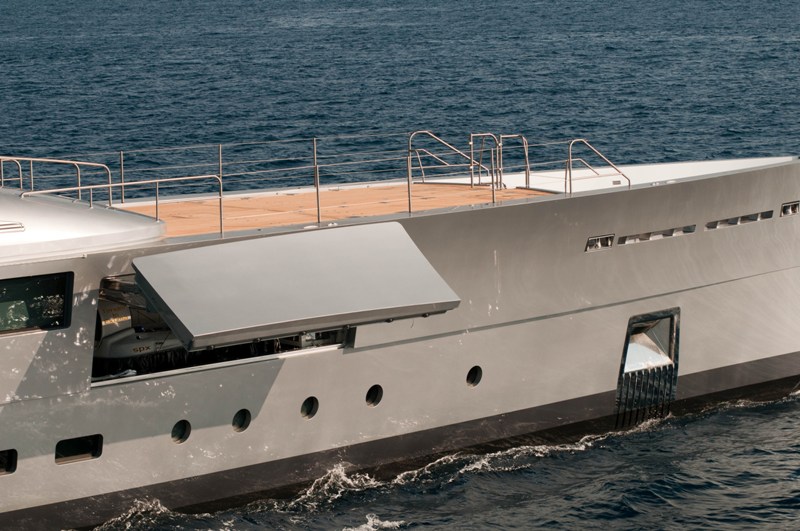 2014 Voyager’s Award
The Voyager’s Award credits superyacht owners who have undertaken a passage of an unusual or exploratory nature. This award, determined by the jury who have all cruised the world extensively, unusually resulted in the secret ballot creating an exact tie. Rather than breaking the deadlock to determine a single winner, the judges decided to award an equal first place to two owners who have both undergone extraordinary voyages – The owners of Exuma and Zeepaard.

Exuma is a 50-metre motor yacht built by Picchiotti/Perini Navi to a design by Philippe Briand of Vitruvius Yachts. At the design stage, Exuma was specifically customised for cruising the more remote areas of the Pacific and her entry, written personally by the owner, catalogues an example of this: An adventurous voyage, made between 2012 and 2013, that started in New Caledonia and Vanuatu and progressed through the Solomon Islands to Papua New Guinea, Micronesia, Palau, and Sabah ending in the Philippines. Not only was the account well written and beautifully illustrated, it also displayed an enviable depth of knowledge of, and interaction with the various populations encountered throughout the itinerary. The judges considered it to be an excellent example of a cruise that deserved recognition. 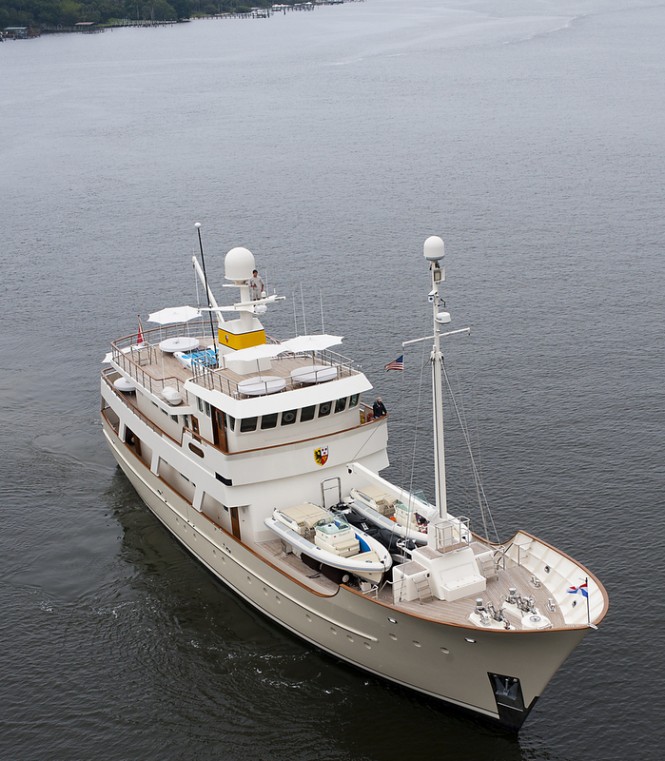 Built by JFA Yachts in France in 2003, Zeepaard is a 37-metre expedition yacht designed for adventurous voyages. Her circumnavigation between 2009 and 2013, starting and finishing in the Mediterranean, certainly qualified as such, covering a total of 50,000nm and 39 countries. While the totality of the voyage was too long a duration to qualify for the Voyager’s Award, the judges extracted a portion which fell within the two year limit specified within the rules. Even so, this was an epic cruise. As the judges were to see from a small sample of the 40,000 or so images, it was clear that the owner, along with his family and friends, encountered incredible experiences everywhere they went, even in the rather more adventurous ‘pirate zones’, for which they were well prepared. This was a notable voyage of exactly the type for which expedition yachts were designed, and the judges considered it most worthy of a Neptune. 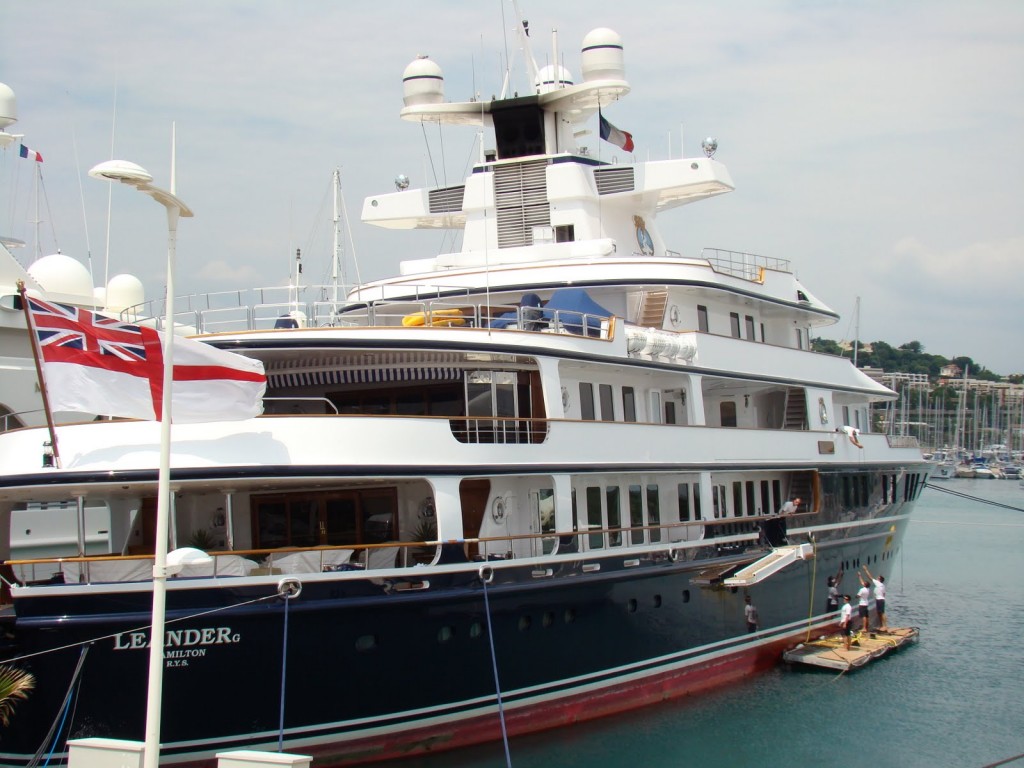 2014 Legacy Award
The Legacy Award was presented to Sir Donald Gosling who, with over 60 years in superyachting – and counting – is the archetypal yacht owner. His love affair with the sea began at a young age and enrolling in the Royal Navy was a logical route for his career to take. In 1953 he acquired his first yacht which was followed by an array of pre-owned and custom yachts throughout the years. In 1993, Sir Donald Gosling’s current yacht, Leander G (named after HMS Leander – Sir Donald’s Royal Navy posting), was launched and she has been a much-loved staple of the superyacht scene ever since, welcoming both charter guests and Royalty on a regular basis.