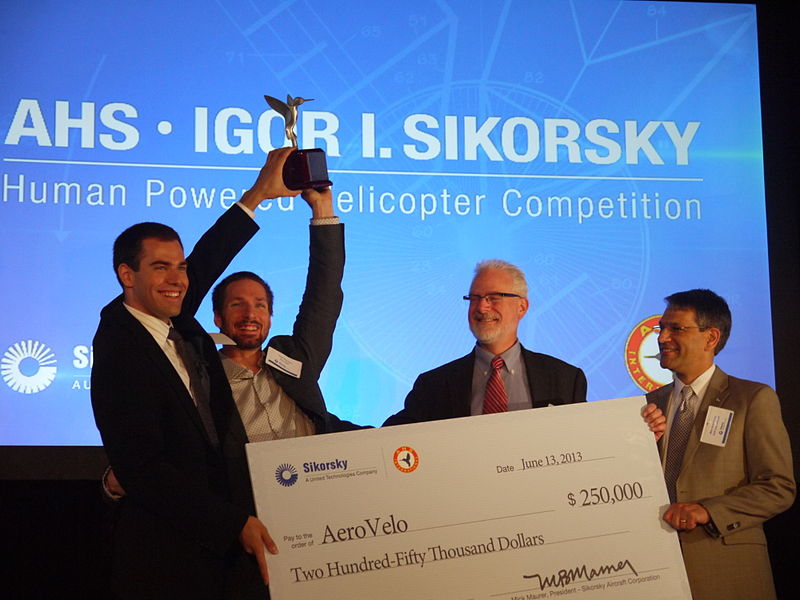 Aerovelo’s Atlas Human-Powered Helicopter has won the Sikorsky Prize. 33 years after “Igor I. Sikorsky Human Powered Helicopter Competition” was established, the award was officially declared won when AeroVelo’s Atlas human-powered helicopter conducted a flight that met all the requirements of the AHS International competition, and received the $250,000 prize. In the history of the prize, dozens of teams have designed and built human-powered helicopters, although only five of them made it airborne.

The award, the AHS Sikorsky Prize, was given for the first human powered helicopter (HPH) to meet a set of extremely challenging flight requirements. In summary, the requirements to win the AHS Sikorsky Prize included a flight duration of 60 seconds and reaching an altitude of 3 meters (9.8 ft), with the center point of the aircraft hovering over a 10-by-10 meter (32.8-by-32.8 ft) square. 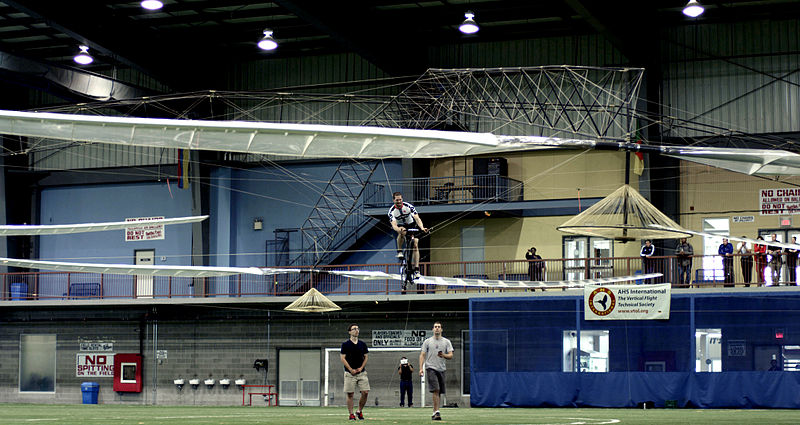