Jumeirah, the Dubai-based luxury hospitality company, has announced that the annual summer turtle release carried out by the Dubai Turtle Rehabilitation Project (DTRP) will be open to the public for the first time (Friday 29th June from 8.30am).

Six rehabilitated sea turtles (two Green Sea Turtles, two Loggerhead Turtles and two Hawksbill Turtles) will each be tagged with a satellite device that monitors their whereabouts in the earth’s oceans. Each tagged turtle is sponsored by a Jumeirah property – Jumeirah Beach Hotel, Madinat Jumeirah, Jumeirah Zabeel Saray, Wild Wadi, Jumeirah Living and Burj Al Arab. Using satellite technology to track their location, the turtle that travels the farthest will be announced the winner in October 2012.

At the event, over 100 Hawksbill Turtles will be released by children back into their natural habitat following several months of rehabilitation at Burj Al Arab and Madinat Jumeirah.

6 of the 7 breeds of turtle are on the critically endangered or endangered species list – their future is uncertain. Since February 2005, the Dubai Turtle Rehabilitation Project has released 86 turtles successfully back into the wild.
Facts about Turtles 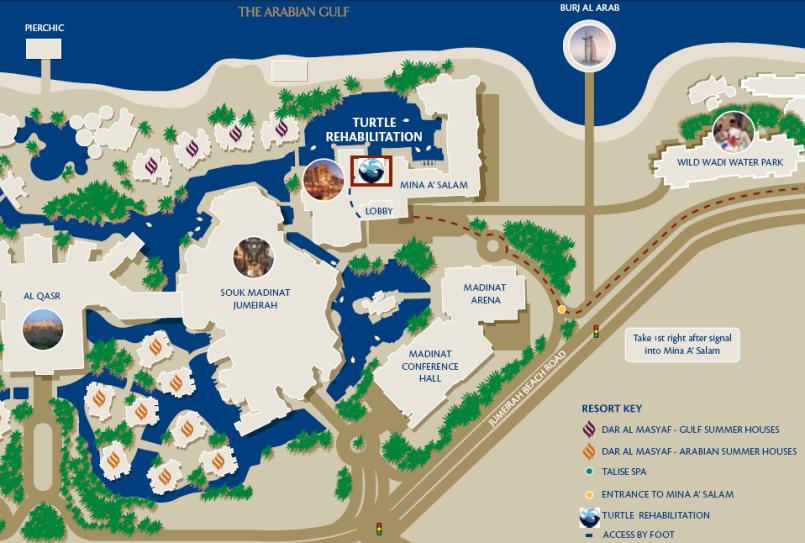