How to enjoy the comfort and style of a luxury hotel in the air? Reimagine luxury hospitality in the hotel industry’s first fully branded jet.

The evolving needs and preferences of the luxury travellers led to the introduction of the Four Seasons Jet, the industry’s first fully branded private jet experience. The new jet pairs adventure and discovery with the luxury of “a fully immersive Four Seasons experience“, promises the hospitality chain currently operating 92 hotels in 38 countries.

The specially commissioned Four Seasons Jet is designed to bring to the sky the same luxurious comfort found at Four Seasons hotels and resorts around the world. To ensure the guests enjoy the journey as much as the destination, Four Seasons’ retrofitted Boeing 757 private jet is configured with 52 seats instead of the standard 233, and features upgraded interiors, in-flight WiFi and on-demand entertainment. 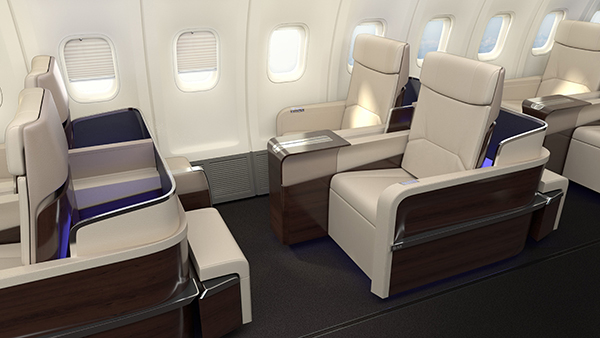 Beginning in February 2015, the Four Seasons Jet will transport 52 guests on bespoke journeys. The travellers wil reach up to 10 destinations on one of the curated itineraries:

Around the World, February 2015 – Beginning in Los Angeles and concluding with a celebratory dinner in London, this 24-day, 9-destination journey explores dynamic cities, exotic islands, architectural wonders and awe-inspiring natural environments. Highlighted by an only-by-private- jet stop at the Taj Mahal, all accommodations will be at Four Seasons hotels and resorts.

Backstage with the Arts, April 2015 – In the company of like-minded travellers who share a passion for the arts, guests will visit six cities and spend 16 indulgent days filled with backstage visits to Europe’s most stunning museums, outstanding performances at Teatro alla Scala in Milan and the Estates Theatre in Prague, exquisite dinners and a private gala in the Pavlovsk Palace outside St. Petersburg.

Around the World, August 2015 – Epic is the word to describe this globe-circling expedition through nine destinations, including stays in three of the newest Four Seasons hotels, plus the brand’s very first safari lodge in the Serengeti. From the Forbidden City in Beijing to the medina in Marrakech, the pristine waters of the Maldives to the excitement of the world’s largest fish market in Tokyo and a final, glittering dinner in New York, it will be 24 days no one will ever forget.

Each journey includes air travel and ground transportation, planned excursions, all meals throughout the trip and luxurious accommodations exclusively at Four Seasons.

The Four Seasons Jet, including accompanying staff and crew, may also be privately chartered.  Because the journey should be as exceptional as the destination.