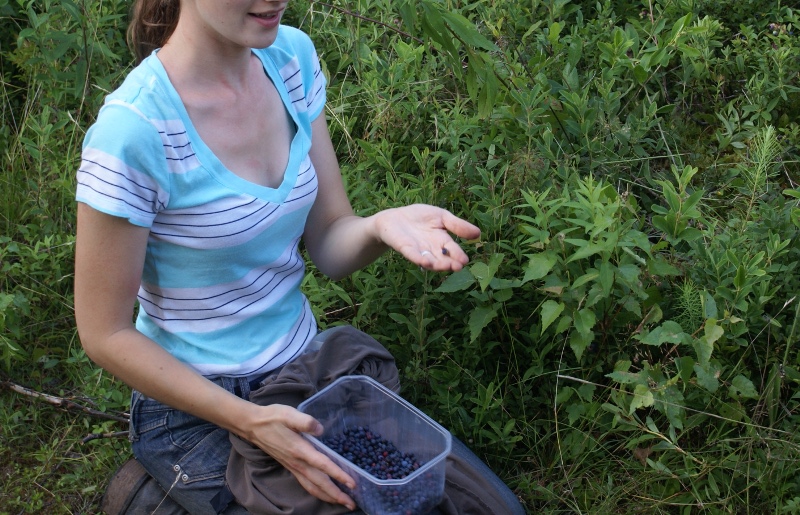 Heart disease is the leading cause of death for women, who are more likely to die from a heart attack than men. A new study led by researchers from Harvard School of Public Health (HSPH) and the University of East Anglia finds that women who eat three or more servings of blueberries and strawberries each week may lower their risk of having a heart attack. The berries contain the dietary flavonoid anthocyanin, which may benefit the heart by improving blood flow and countering the build-up of plaque.

Blueberries and strawberries were part of this analysis simply because they are the most-eaten berries in the United States. Thus, it’s possible that other foods could produce the same results, researchers said.

The researchers drew from the health data of 93,600 female nurses between 25 and 42 who were surveyed about their diets every four years for 18 years. The study appeared in the January issue of the American Heart Association’s (AHA) journal Circulation.

“Blueberries and strawberries can easily be incorporated into what women eat every week,” senior author Eric Rimm, associate professor of nutrition and epidemiology at HSPH, said in an AHA release. “This simple dietary change could have a significant impact on prevention efforts.”

During the study, 405 heart attacks occurred. Women who ate the most blueberries and strawberries had a 32-percent reduction in their risk of heart attack compared to women who ate the berries once a month or less – even in women who otherwise ate a diet rich in other fruits and vegetables.

“We have shown that even at an early age, eating more of these fruits may reduce risk of a heart attack later in life,” said Aedín Cassidy, Ph.D., lead author and head of the Department of Nutrition at Norwich Medical School of the University of East Anglia in Norwich, United Kingdom.

Eating berries may reduce also the risk of developing Parkinson’s disease, according to a study from Harvard School of Public Health (HSPH). The researchers, led by Xiang Gao, research scientist in HSPH’s Department of Nutrition, believe the high flavonoid content in berries, apples and oranges help ward off the disease. Study participants who consumed the most flavonoids were 40% less likely to develop Parkinson’s.