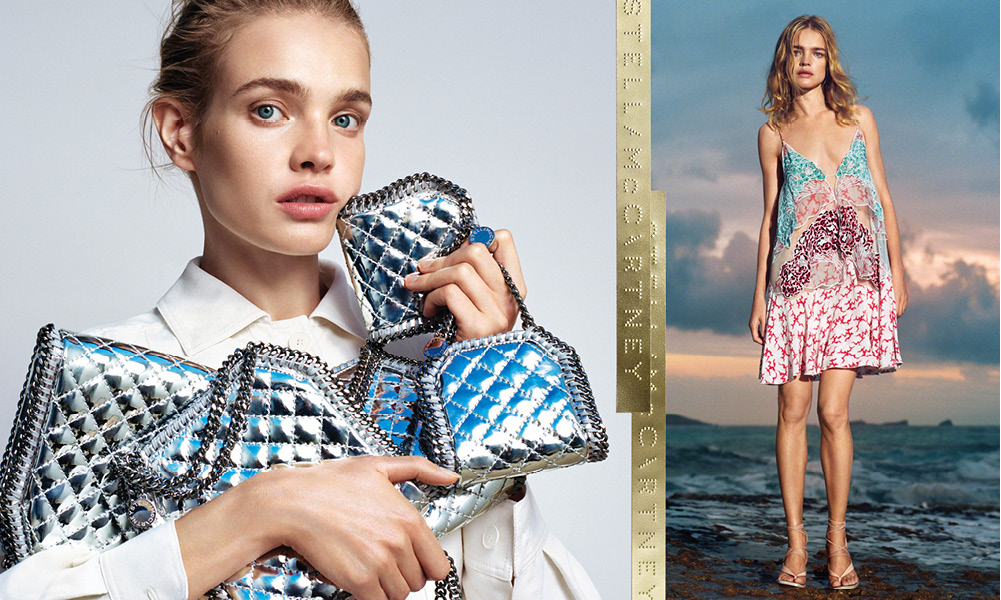 In addition and in complement to the still images, a mood film features the Paul McCartney 1971 track Ram On. A frequent favourite of the designer, this is the 7th time Natalia appears in a Stella McCartney campaign, the last was in Summer 2013. Meanwhile this is the first time the designer is collaborating with the London based photographer Weir, who shot the campaign on film for a more natural photographic feel and look.

“We wanted to capture the ease of summer, the realness and the warmth of the collection with Natalia and the use of real film. We created images that are playful and have a calming effect, the Stella woman shot amidst the salty spray of the sea and the airy breeze,” explained Stella McCartney.

The new campaign highlights the iconic Falabella bag in quilted metallic silver faux leather in mini and micro size, as well as in the embroidered denim crossbody. The micro quilted metallic Falabella will be sold exclusively at Stella McCartney stores worldwide and online starting this March. 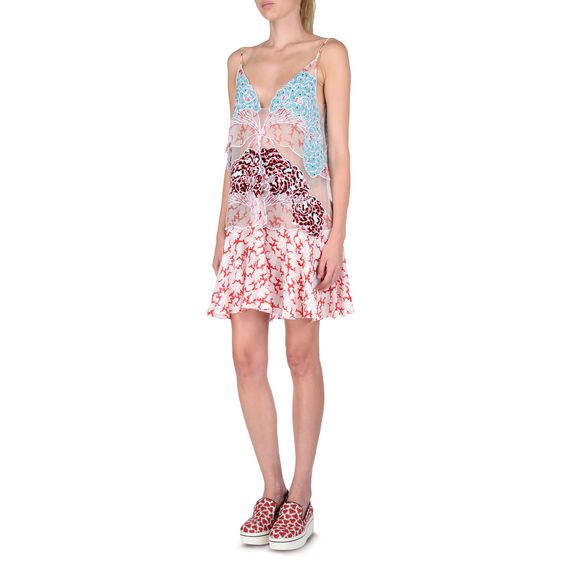