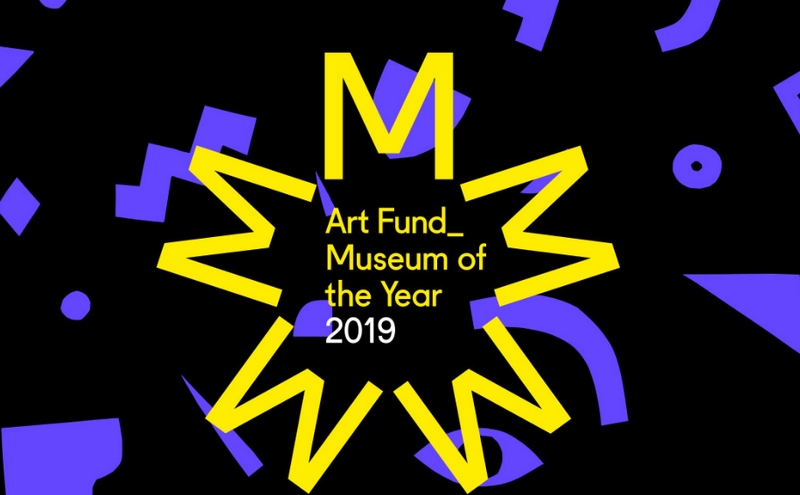 This article titled “Show time: the 2019 shortlist for museum of the year” was written by Kirsty Wark, Dan Snow, Linder Sterling, Nana Oforiatta Ayim and Matthew Rhys, for The Guardian on Friday 26th April 2019 07.00 UTC

I always thought it was an extraordinary omission that Scotland didn’t previously have its own design museum, as it has such a wonderful design heritage. So while the opening of the V&A Dundee last year was a hugely welcome development, it shouldn’t necessarily have been a surprise.

The V&A in London will always be one of my favourite places in the world, but we mustn’t forget that it is a great receptacle of design from all over the UK: from Stoke-on-Trent, Newcastle, Belfast and, of course, Scotland. The Dundee waterfront, for so long neglected and now splendidly reinvigorated, proves a perfect venue for a new V&A. The location links to Scotland’s industrial past (the museum will also showcase 21st-century design) and the exhibits allow visitors not only to reflect on the engineering genius that produced some of the wonders of the empire, but also on the wider relationships and power structures on which that empire, and much of the wealth of Victorian Scotland, was built. Alongside the catalogues for all sorts of iron gates and bandstands and cupolas ordered in the 19th century for far-flung places, are objects such as fabric from Bernat Klein, the immortal Harris tweed, an outfit by the great Scottish designer Christopher Kane, and a handmade playbook by the artist John Byrne for the 7:84 theatre company’s greatest work, The Cheviot, The Stag, and the Black Black Oil. Not to mention Charles Rennie Mackintosh’s oak room, conserved and now restored as it would have been when completed in 1908.

The building overhangs the River Tay and reconnects the water with the city. Kengo Kuma, the architect, took on board the landscape and buildings of the city to create an incredibly welcoming space. Its beautiful staircase features inset benches from which you not only have multiple vistas of the interior of the building, but also of the city outside. Located right next to the railway station, it has given a new focus and impetus to Dundee. Visitor numbers have been phenomenal, because people go to enjoy the building as well as see the exhibits. Like the best libraries, which are not just places to read books, the V&A Dundee has quickly become a valued place of community, identity and gathering.

HMS Caroline is a miracle of survival. It is the only ship still in good condition that was involved in the battle of Jutland in 1916, which at the time was the greatest sea battle ever fought. And having survived that, by absolute luck it also avoided the breakers’ yard. So many of the greatest ships in British history were sold for scrap. But somehow Caroline came through and for many years was used as an army reservists’ base in dry dock in Northern Ireland.

The restoration overseen by the National Museum of the Royal Navy is a thing of beauty. Layers of history have been peeled back to reveal an intriguing palimpsest of the uses to which the ship has been put. It has also created a wonderful sense of space and atmosphere that thrillingly evokes what it was like to be aboard: no electronics, just steel and guns, the bridge a bleak and icy place.

Everyone knows about the trenches of the first world war, but Caroline is a powerful reminder that for those who served on these ships – often under the waterline – war at sea could be as bloody and terrifying as anything on land. If the ship was hit by a torpedo, the lights would go out, the compartments would be sealed and those inside faced certain death.

Over the years the status of the ship has been contested. As a British military facility, it was seen by half of the community in Northern Ireland as a symbol of an occupying power. But it is now a piece of shared heritage. Just as stately homes were built on stolen and enclosed land, what was once deeply controversial and polarising can now slip into another space where we can come together to learn about the experiences of people in the past, irrespective of historic allegiance or the flag that hangs on the stern. Caroline is the only ship in the world of its kind and people travel from all over the world to see it. The Titanic quarter in Belfast, where it is housed, represents a tremendous boon to the whole community and it is wonderful to see so many people thinking about what it meant for that ship to go to sea, rammed with young men risking their lives to do battle on the oceans.

I attended the opening of the Nottingham Contemporary 10 years ago and I’ve followed the exhibition schedule ever since. The museum has quickly built itself a remarkable reputation in that it is both deeply embedded in Nottingham and the surrounding regions, while also maintaining dialogues with artists and curators all over the world. As an artist, I travel a lot and wherever I go within the art world, everyone is aware of Nottingham Contemporary. This takes some doing for a relatively small institution. I think the gallery succeeds because of the scale of its ambition and bravery: it doesn’t play it safe. Take aspects of my own work that is shown there: they can be seen by many institutions as high risk, because of the pornographic and political imagery that I use.

Perhaps it’s because Nottingham Contemporary is away from the London art world that it has managed to develop a singular vision combined with a prescience about future trends. At any museum, exhibitions can take several years to research and curate; Nottingham Contemporary has been remarkably successful in keeping its finger on the pulse. I think that comes from a strong sense of identity and collective purpose within the museum. When we were preparing for The House of Fame last year, everyone seemed to be working with the same intensity and with the shared aim of creating an extraordinary exhibition. I was very lucky to be on the receiving end of this generosity.

My first impression of the Pitt Rivers museum when I was invited there to take up a fellowship was to be overwhelmed by the glut of objects, the vast collections of anthropological and archaeological artefacts that can be difficult to take in.

I have collaborated with several museums, in Europe and Africa, as part of an effort to encourage a culture of honesty and openness in recognising where the objects come from, who were the people who wrote the histories that define them, how they came to be in the collections, and how we might move forward. Having been part of discussions that attempt to decolonise narratives and exhibition models, I can say the Pitt Rivers is one of the first to be so constructive in trying to sow the seeds of a new kind of museum.

It has a huge photography collection – the colonisers had an obsession with documentation and categorisation – and it has been fascinating to explore how much this collection says about Britain’s relationship to the world, and the power it had in creating an image of the world for others to see themselves in. Many museums are doing work in this area, but Pitt Rivers is engaging with people who represent the original context of the objects, for example those from Maasai communities, on equitable terms, rather than as one-off encounters; in order to develop long-term, evolved and sustainable relationships. No one yet knows what’s going to come out of these initiatives. Hopefully, in maybe five or 10 years, we will see completely different types of institutions. Museums can too often be places where calcified objects go to die. But they also have the potential to be spaces where culture is concentrated and alchemical. In that they possess incredible power. There is every chance that what is being done at Pitt Rivers today could be trailblazing.

I first visited St Fagans when I was in primary school and remember being equal parts confused and captivated. Everyone was in medieval costume and we followed them around seemingly real and habited houses and farms of a village.

Was this real? Did these people actually live in the village? Were there witches? It was such a vivid theatre experience that it sparked a lifelong love of the place. In the years since, St Fagans has constantly evolved, but the large refurbishment undertaken over the last year or so has been remarkable. Among other things they have created, with astonishing accuracy based on detailed archaeological evidence, a 13th-century Welsh prince’s court that will be available for overnight stays for school groups. As an immersive experience of what life was like 800 years ago, it will be hard to beat. The building of the court also allowed for the creation of apprenticeships in trades such as stonemasonry and carpentry and what was most striking when I visited recently was how these young craftspeople were just as enthralled by what they were learning as any schoolchild is going to be.

The way that the museum has engaged with Welsh history means an inordinate amount to the country and how it sees itself. Especially in parts of south Wales, the kind of rural life that had survived for so long was irrevocably changed by the industrial revolution. The population rapidly doubled and a traditional way of life ended almost overnight. For a time it seemed that the new, industrial Wales was the only one that people knew or cared about. But that longer, largely rural history is still an important element of who we are and the museum’s work in taking the rich tapestry of the past and giving it such a dynamic platform has been an invaluable gift.

There are precious things that belong in glass cases and behind gilded ropes in a museum. St Fagans has its share of them, but not many. Its attempt to present equally precious material, derived from ancient to modern history, in as visceral and hands-on way as possible, remains genuinely inspiring.