Saks Incorporated’s Saks Fifth Avenue OFF 5TH opened its doors in Garden City, NY. The new store is located in the Gallery at Westbury Plaza, which opened in August, and will be featured among a variety of premier retailers and restaurants, including The Container Store, Shake Shack, and Trader Joes.

The store will be remodeled in Saks Fifth Avenue OFF 5TH’s innovative ‘luxury in a loft’ store design. 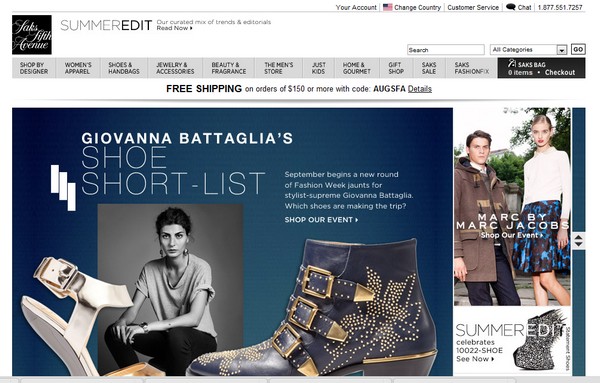 Women will find merchandise from top designer brands, including Celine, Valentino, Fendi, Alexander McQueen, St. John, and Donna Karan, as well contemporary options in line with fall’s most sought-after trends, like jewel-tones, printed denim, and woven tops, and gorgeous leather, wool, and down topcoats. The men’s assortment will highlight a range of contemporary designers such as Marc by Marc Jacobs, Vince, John Varvatos, Robert Graham, True Religion, Seven for All Mankind, Joe’s Jeans, Levis, and Hudson.