Mercedes is riding the big waves with MBoard. 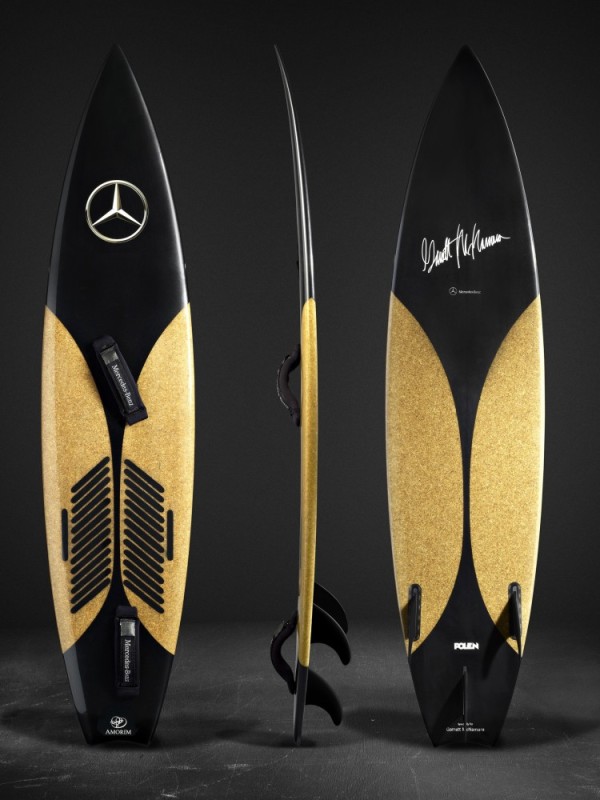 Mercedes-Benz introduced their new surf board made in partnership with world-class Hawaiian surfer Garrett McNamara. Mercedes-Benz designers began working together with McNamara on MBoard project 1.0 back in 2013. This gave rise to four surfboards, which were built in Portugal and are especially suitable for surfing giant waves. They all have different forms and are tailored to McNamara’s height and weight. 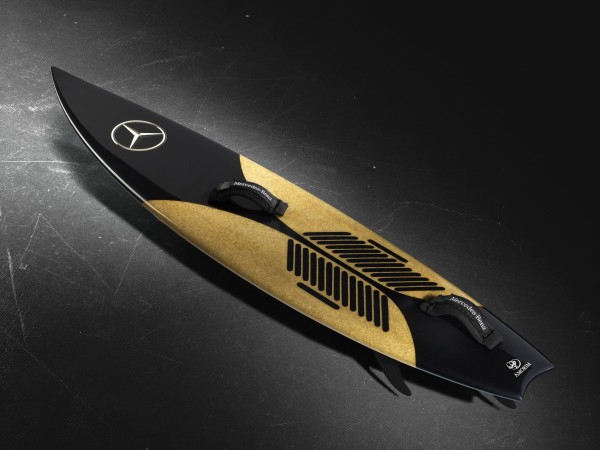 In the 2014 project, both partners are going one step further. The result is a surfboard produced entirely from the renewable raw material of cork, which has proved its efficiency, durability and stability in numerous other projects, notably in the aviation, automotive and textile industries. The construction of the surfboard made use of the experience of the world’s largest cork producer, the Portuguese company Corticeira Amorim. The decision to opt for a sustainable material was an obvious one for McNamara: “As Portugal is the world’s biggest producer of cork, it makes sense to use that material to produce high-performance surfboards. For surfing high waves, we need a flexible board that is also tough enough not to break.”

Mercedes-Benz and McNamara took a different approach when developing the second surfboard. They opted for a foam material used mainly in the aviation industry. This material allows the surfboard to be constructed without longitudinal reinforcements (stringers). McNamara expects “this board to offer maximum flexibility with no loss of strength, allowing it to withstand the high waves in the northern bay of Nazare”. The Portuguese company Polen Surfboards is responsible for production of the two boards MBoard 2.0 and MBoard 3.0. 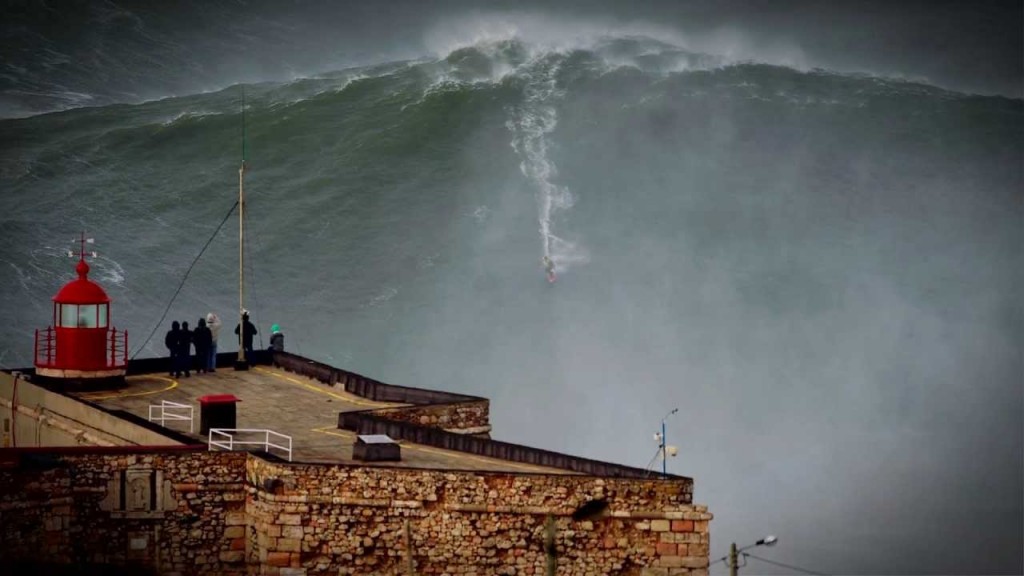 Garrett McNamara currently holds the record for the highest wave ever surfed. This guaranteed him a place in the Guinness Book of Records. McNamara surfed the high waves in Nazare using the “MBoards” developed by Mercedes-Benz in 2013. The breathtaking speed of 62.4 km/h was measured thanks to a telemetry system developed by Mercedes-Benz as part of the MBoard project. To give the surfing legend further support, Mercedes-Benz is this year’s official sponsor of the North Canyon project, which was held from October to November 2014 on Nazare’s north beach. International surfing greats took part in the event to ride the world-famous high waves in Nazare.