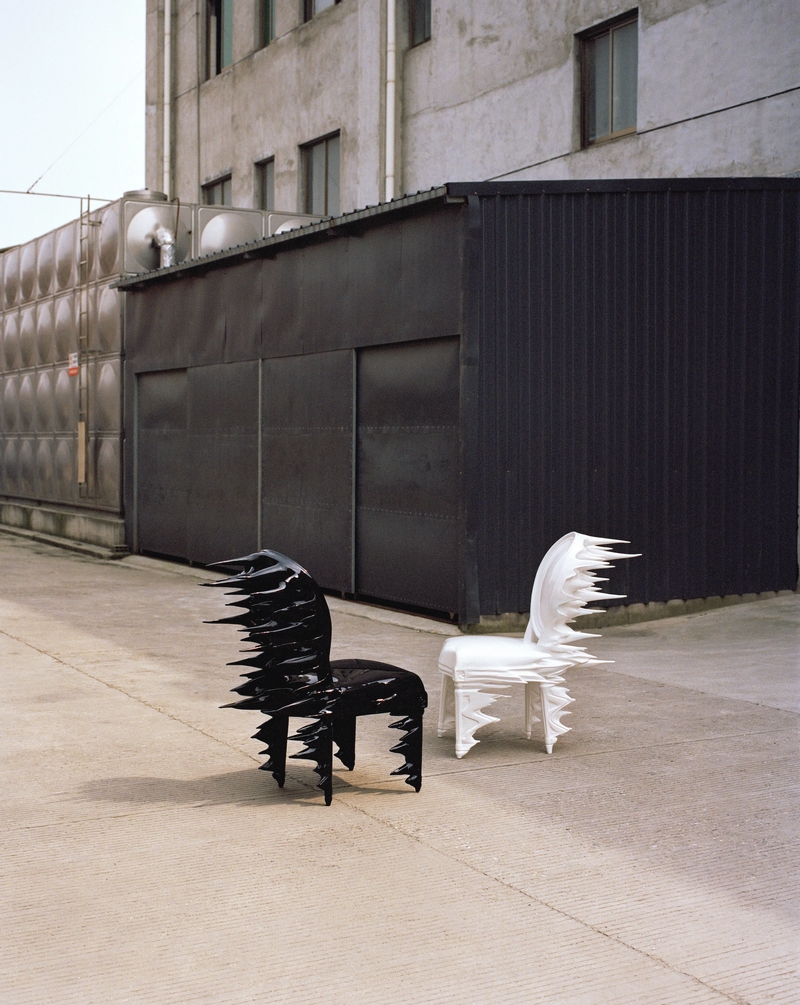 Dior Maison invited seventeen artists to reinterpret one of its iconic emblems: the Medallion Chair. A symbol of Louis XVI style that fashion designer Christian Dior chose as soon as he founded his luxury fashion House, in order to seat guests at his fashion shows in a “sober, simple and above all classic and Parisian” décor, as he recounted in his memoirs. The essential oval surmounted by a fontanges bow became one of the major codes of 30 Avenue Montaigne, the beating heart of Dior. Today, Sam Baron, Nacho Carbonell, Pierre Charpin, Dimorestudio, Khaled El Mays, Martino Gamper, Constance Guisset, India Mahdavi, nendo, Joy de Rohan Chabot, Linde Freya Tangelder, Atang Tshikare, Seungjin Yang, Ma Yansong, Jinyeong Yeon, Tokujin Yoshioka and Pierre Yovanovitch offer their visions and artistic and cultural sensibilities to reconceive this object of desire with boundless creativity.

On the occasion of Design Miami and Art Basel, legendary fashion house Dior makes a splash with the US debut of its Medallion Chair Exhibition, featuring reinterpretations of the chair.

The exhibition takes place in Superblue, Miami’s lauded new experiential art venue—which is, notably, the same space in which Dior presented its Pre-Fall 2020 men’s collection, prior to Superblue’s opening. The US debut is the follow-up to the exhibition’s launch during Milan Design Week earlier this year, which was staged in a mist-filled interior room and garden of the 18th century Palazzo Citterio in Brera.

The designers’ reimaginings are wonderfully eclectic: Ma Yansong designed his windswept-looking chairs to appear as though they are “traveling through time;” Sam Baron, meanwhile, reinterpreted the chair as an outdoor swing, a rocking chair, and a bench, resulting in “piece[s] that celebrate gathering and conviviality.”

India Mahdavi’s pattern-rich designs were envisioned as a family or tribe of sorts, and produced using Indian textile techniques from Kashmir, while Atang Tskhikare’s chair was handmade in collaboration with Xhosa craftswomen and features intricate beadwork.

Linde Freya Tangelder of Destroyers/Builders found inspiration in the original chair’s soft curves, which “remind me of sanded glass, shaped by the sea;” her elegant, aluminum “Sage” chair—which is first CNC-milled, then assembled and welded before being hand-brushed by the designer—intends to“explore silver in all its subtleties.” And Seungjin Yan’s delightful “Blowing Series” chairs were molded over balloons using epoxy resin. 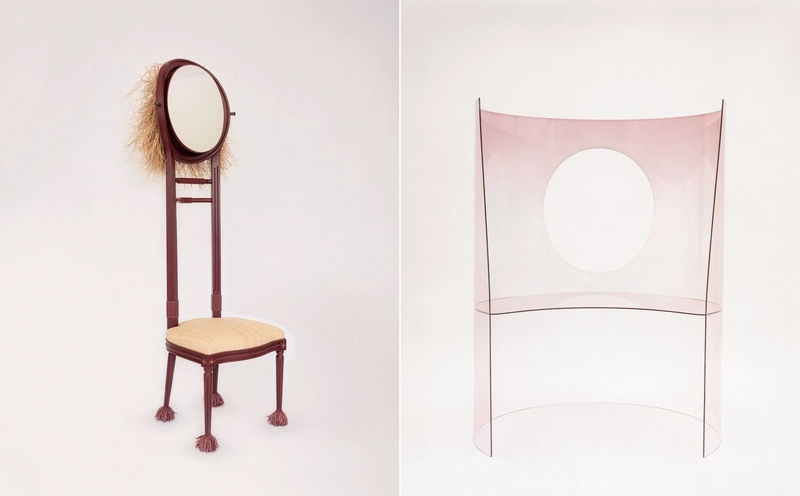 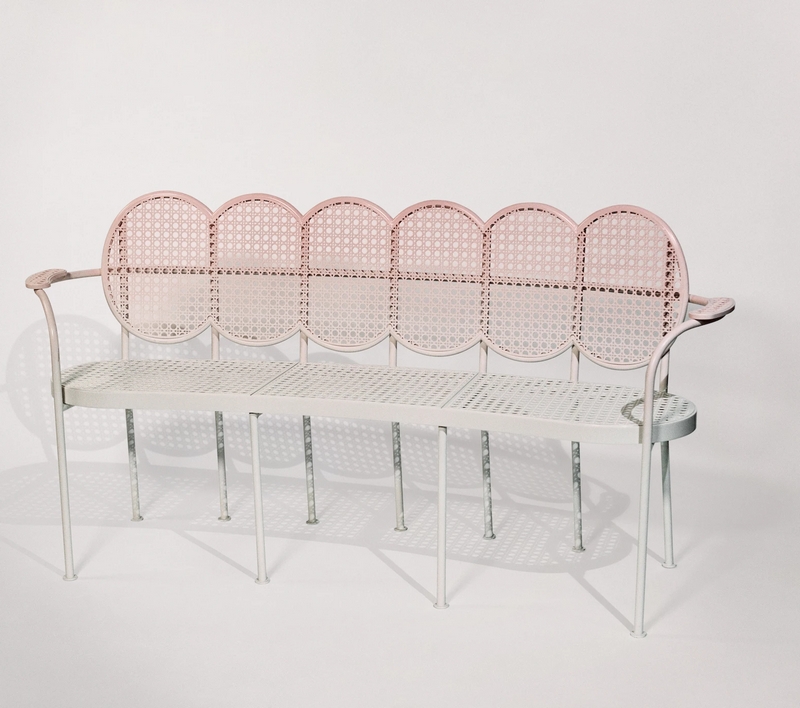 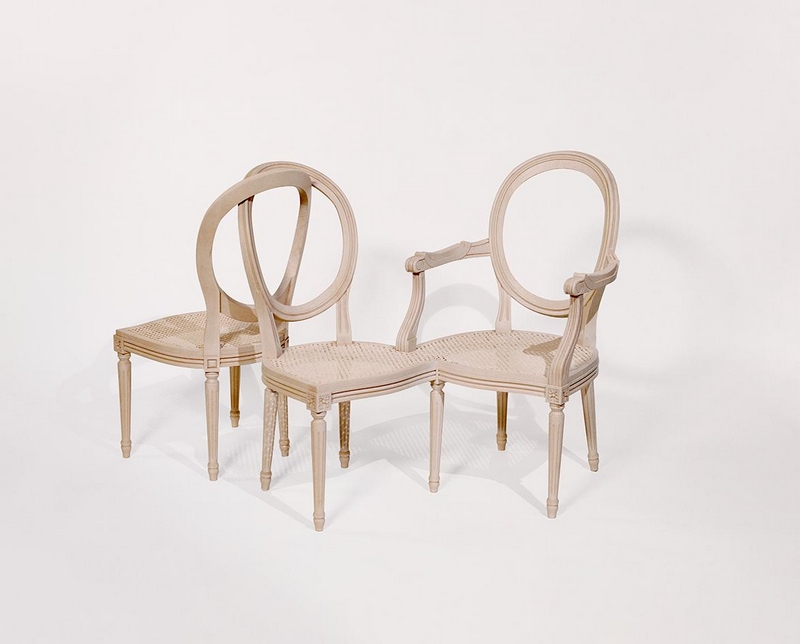 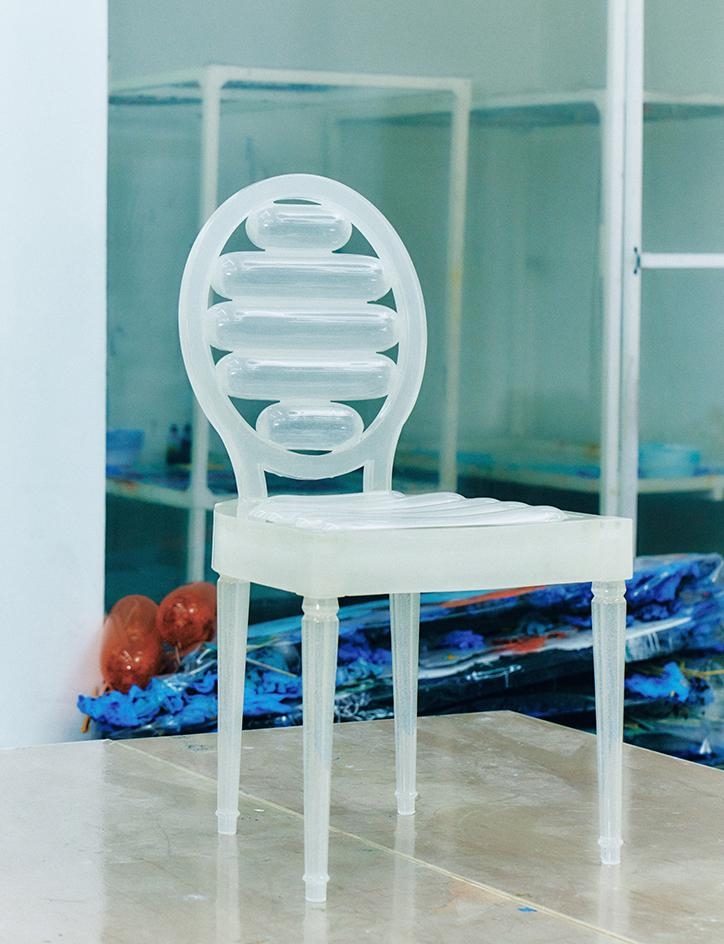 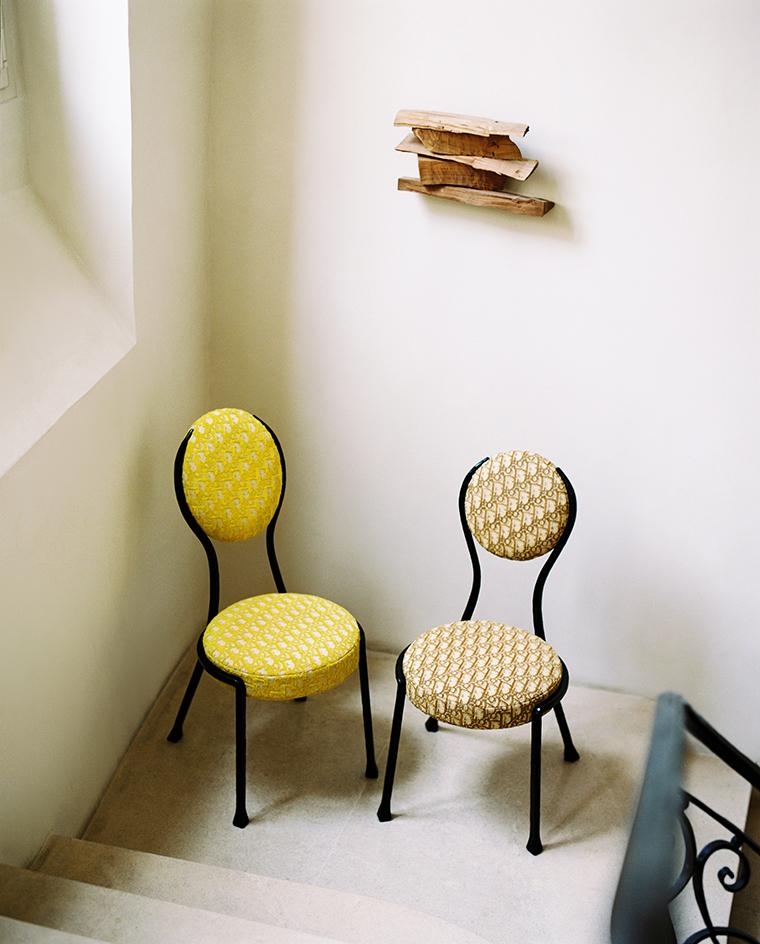 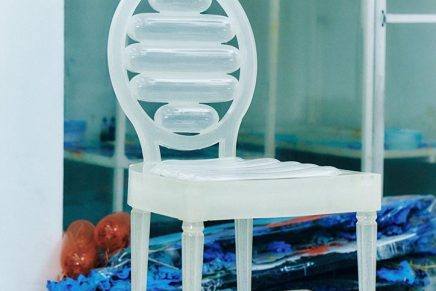 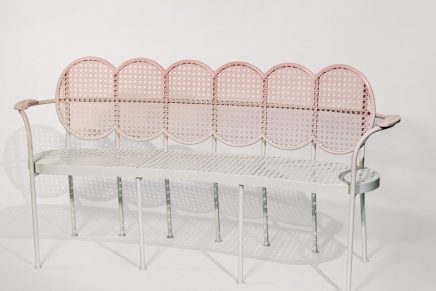 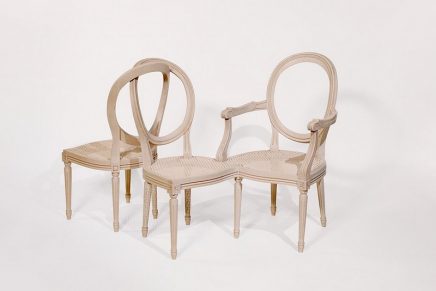 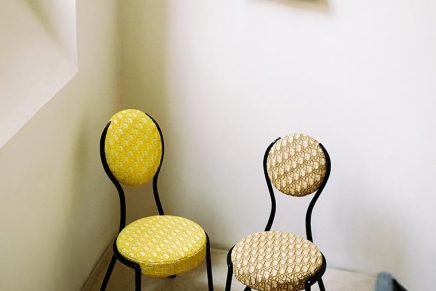 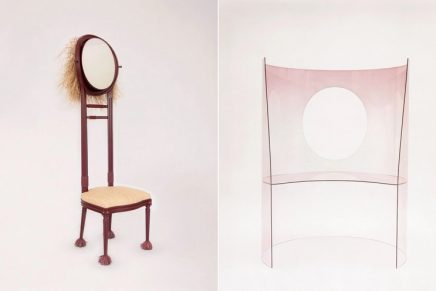 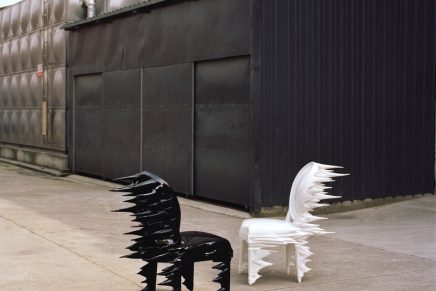 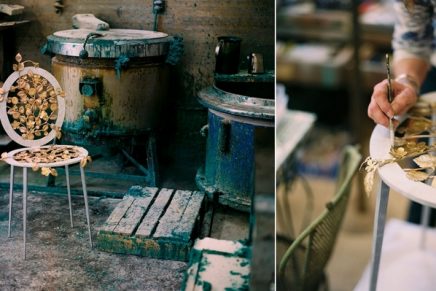