The new Ferrari Icona, the most aerodynamically efficient car ever built by Ferrari, debuts at 2021 Ferrari Finali Mondiali. 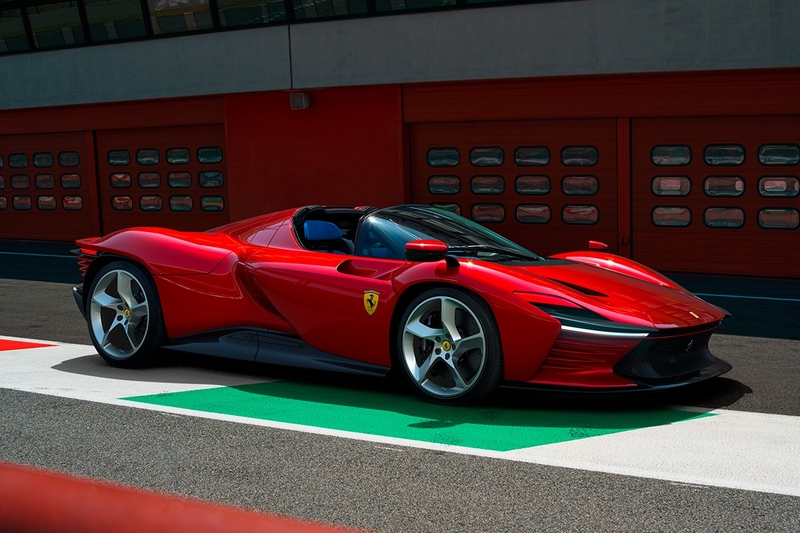 Flanking the Ferrari Monza SP1 and SP2, the new Ferrari Icona was unveiled at the Mugello Circuit as part of the 2021 Ferrari Finali Mondiali. The Ferrari Icona series was launched in 2018 with the Ferrari Monza SP1 and SP2, which were inspired by the competition barchettas of the 1950s that helped earn the marque its legendary status in motorsport with a string of prestigious victories.

Iconic, like the signature mid-rear-mounted naturally-aspirated V12.
Iconic, like the design inspired by the stylistic language of Prancing Horse’s 1960s racing cars, but clothed in modern forms.

The Icona cars all boast exclusive solutions not seen in the rest of the range and are aimed solely at Ferrari’s top clients and collectors, proud ambassadors for the Prancing Horse marque.

The bold choice of a ‘Targa’ body with a removable hard top was also inspired by the sports prototype world: consequently, the Daytona SP3 not only delivers exhilarating driving pleasure but also usable performance.

The Daytona SP3 sports a naturally-aspirated V12, mid-rear-mounted in typical racing car style. Undisputedly the most iconic of all Maranello’s engines, this power unit delivers 840 cv – making it the most powerful engine ever built by Ferrari – along with 697 Nm of torque and maximum revs of 9500 rpm.

The chassis is built entirely from composite materials using Formula 1 technologies that have not been seen in a road car since the LaFerrari, Maranello’s last supercar. The seat is an integral part of the chassis to reduce weight and guarantee the driver a driving position similar to that of a competition car.

Just like the cars that inspired it, the aerodynamic research and design focused on achieving maximum efficiency purely using passive aero solutions.

Thanks to unprecedented features, such as chimneys that extract low-pressure air from the underbody, the Daytona SP3 is the most aerodynamically efficient car ever built by Ferrari without resorting to active aero devices. Because of the clever integration of these technical innovations, the car can accelerate from zero to 100km/h in 2.85s and from zero to 200km/h in just 7.4s: exhilarating performance, an extreme set-up, and the intoxicating V12 soundtrack deliver completely unparalleled driving pleasure. 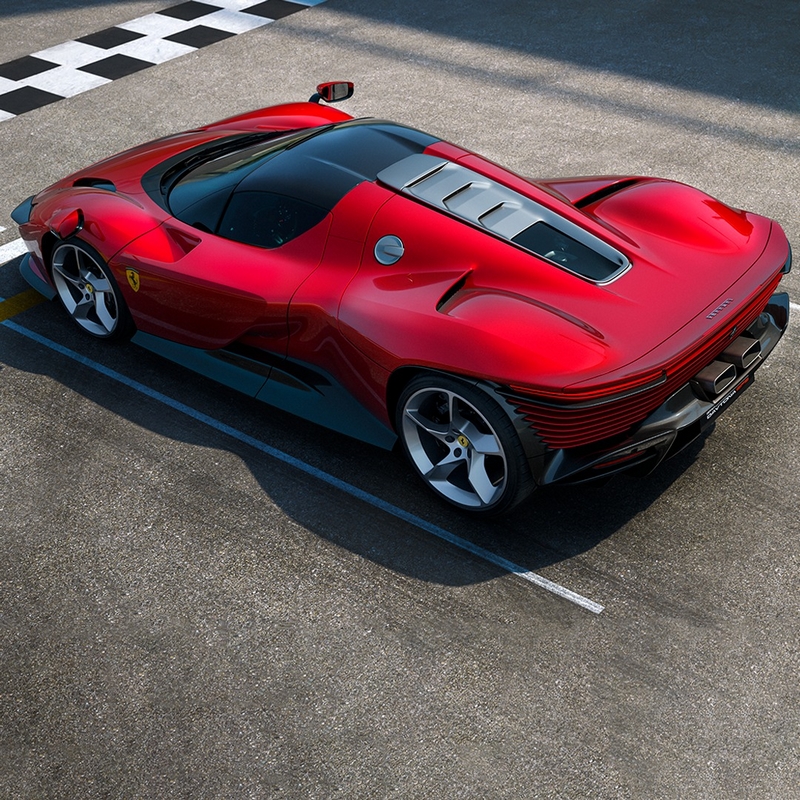 To give the Daytona SP3 the most exhilarating V12 on the market, Ferrari chose the 812 Competizione’s engine as its starting point, but relocated it to the mid-rear position to optimise the intake and exhaust layout as well as fluid-dynamic efficiency. The result is that the F140HC engine is the most powerful internal combustion engine ever built by Ferrari and deliver a massive 840 cv with the typical exhilarating power and sound of a Prancing Horse V12. 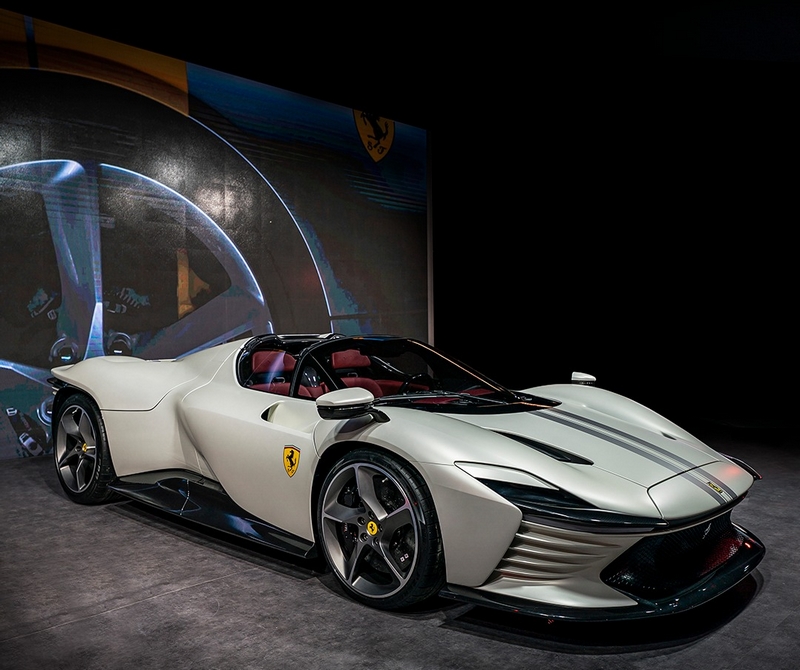 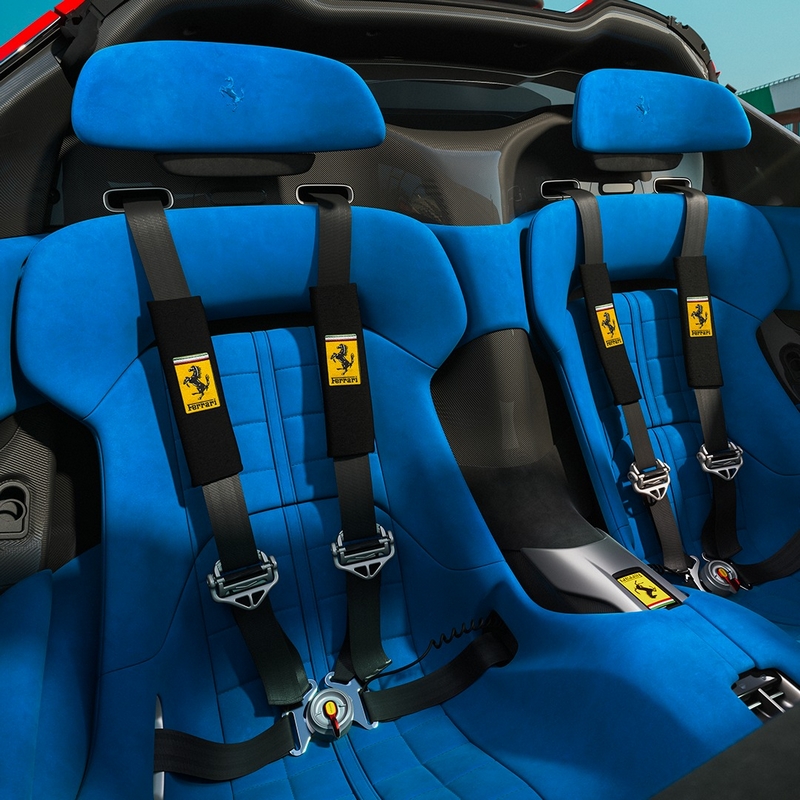 To ensure that Daytona SP3 drivers feel entirely at one with their car, its engineering draws heavily on the ergonomics expertise Maranello has developed in Formula 1. The fact that the seats are integrated into the chassis means that the driving position is lower and more reclined than in theother Ferraris in the range. In fact, the position is very similar to that of a single-seater. This helped reduce weight and keep the car’s height to 1142 mm, which in turn reduces drag. The adjustable pedal box means each driver can find the most comfortable position.

The Daytona SP3’s steering wheel features the same Human-Machine Interface (HMI) already seen on the SF90 Stradale, Ferrari Roma, SF90 Spider and 296 GTB, continuing the Ferrari “hands on the wheel, eyes on the road” philosophy. Touch controls mean that drivers can control 80% of the Daytona SP3’s functions without moving their hands, while a 16” curved HD screen relays instantly all driving-related information.

Ferrari’s unparalleled quality standards and increasing focus on client service underpin the extended seven-year maintenance programme offered with the Daytona SP3. Available across the entire range, the latter covers all regular maintenance for the first seven years of the car’s life. This scheduled maintenance programme for Ferraris is an exclusive service that allows clients the certainty that their car is being kept at peak performance and safety over the years. This very special service is also available to owners of pre-owned Ferraris. 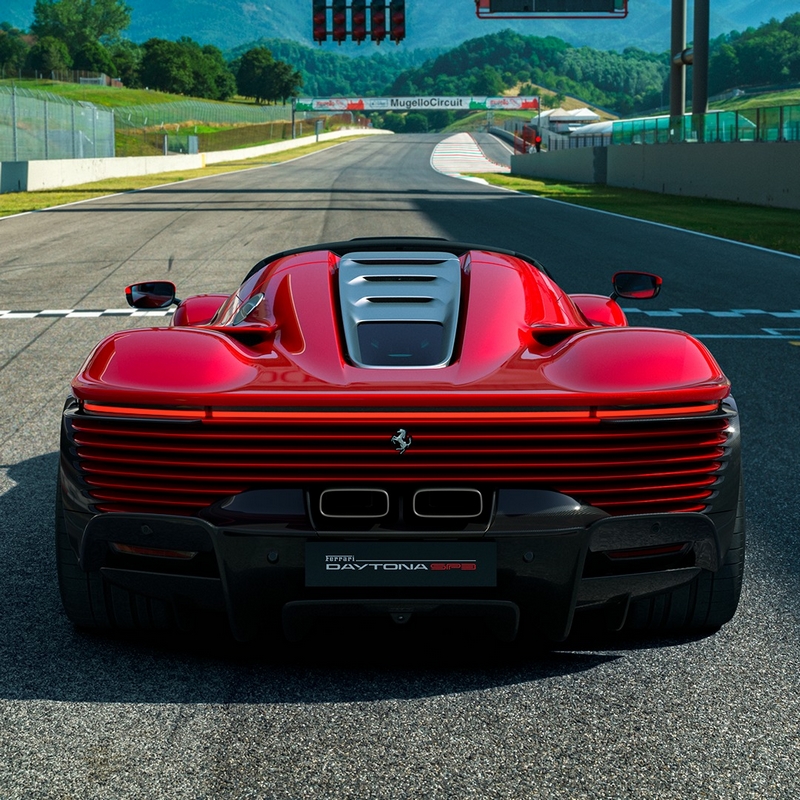 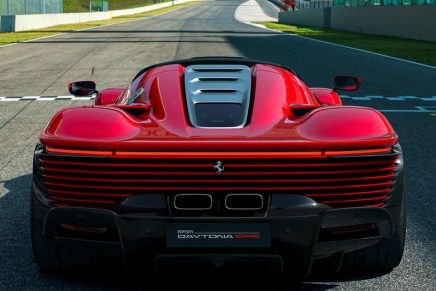 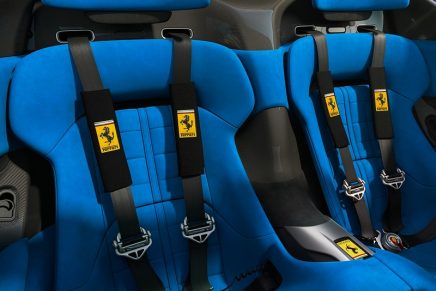 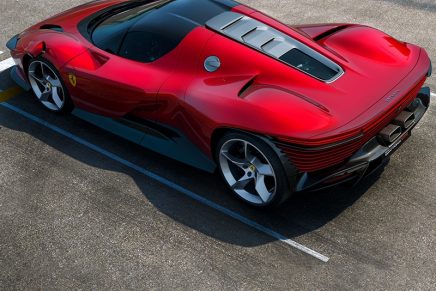 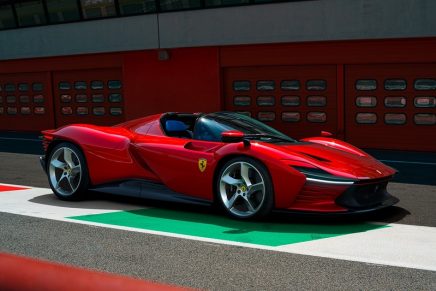 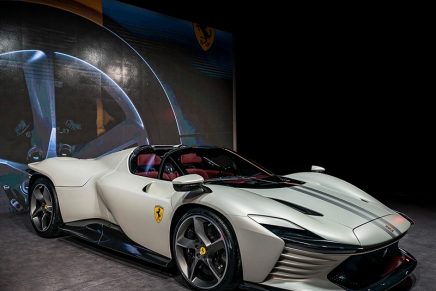