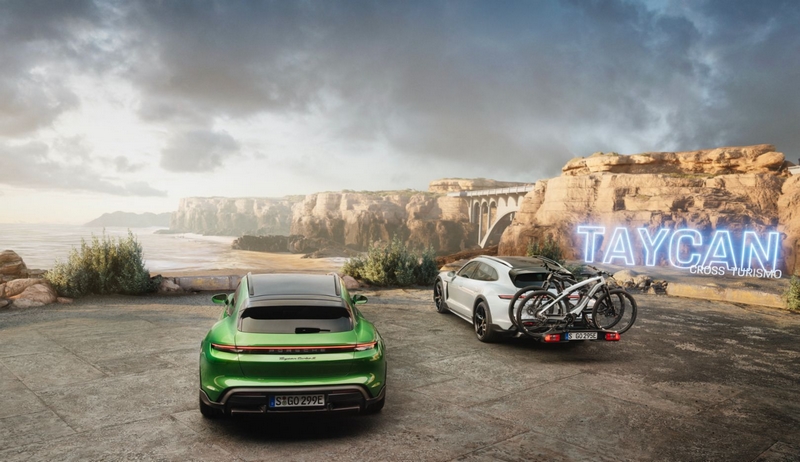 Porsche has presented the Taycan Cross Turismo to the public today with a virtual world premiere. The high-end sports car manufacturer is expanding the product portfolio of its first all-electric sports car range with the addition of this versatile off-road version. 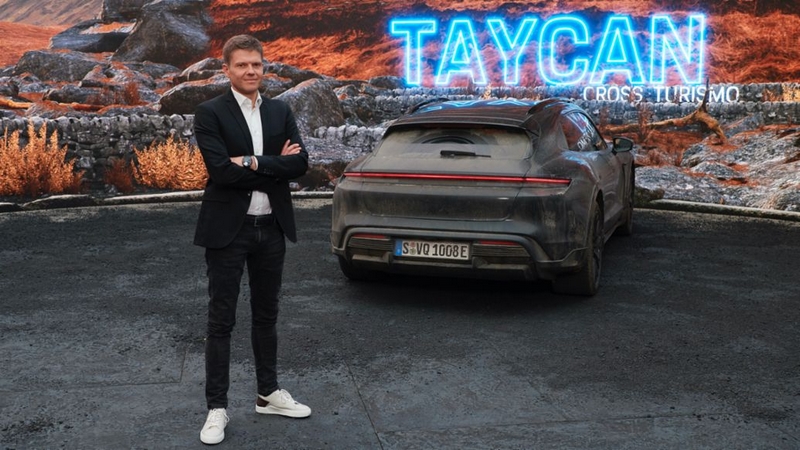 Long before the world premiere of the Taycan Cross Turismo, Porsche sent a prototype on an eight-week intercontinental test drive. At the wheel: selected journalists from different countries.

Porsche took the Cross Turismo to the Taycan’s five biggest markets, allowing it to perform in extremes of heat and
cold and on myriad different surfaces, underlining its all-terrain abilities to a select group of journalists who would be allowed to drive the pre-production car as part of its final shakedown.

The itinerary began with the US and specifically its deserts, before heading to the frozen wilds of a wintry Norway.
Next up was the United Kingdom, where gravel and mud offered their own unique challenges before the car returned
to mainland Europe and the narrow, cobbled streets of central Amsterdam. The fitting finale was a high-speed blast
on the asphalt of Germany’s unlimited autobahn.

Another highlight: After two months traversing some of the most inhospitable terrain the northern hemisphere has to offer, and wearing all the grime that such a trip had thrown at it, the very same Cross Turismo drove onto stage for
the live international launch event.

“To us it made perfect sense because you always have these super shiny cars on stage at world premieres,” Wienkötter explains, “so to have a dirty and partially camouflaged car is much more eye-catching. It’s been on different continents, in different climate zones and on different surfaces, and has collected different types of dirt and grime – all of which we wanted to preserve to tell the story of the car.” 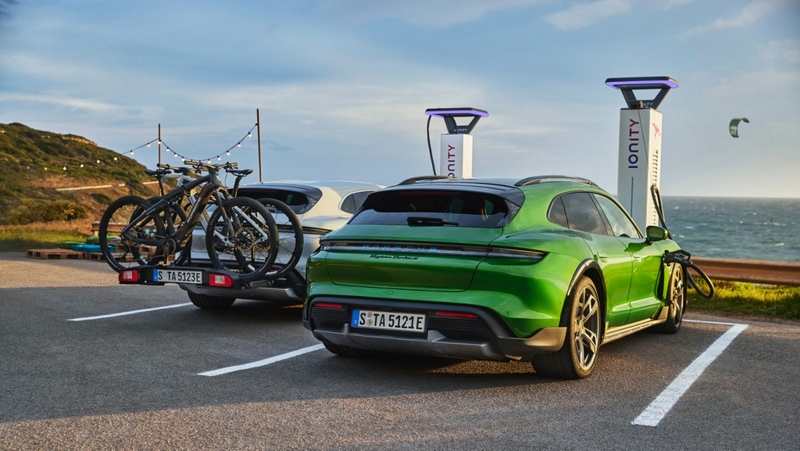 Porsche is also presenting two high-quality e-bikes at the same time – the eBike Sport and the eBike Cross, perfectly matched to the Taycan Cross Turismo.

Especially for the Taycan Cross Turismo, Porsche has developed a rear carrier for up to three bicycles that sets the
benchmark in terms of package size and handling. It can be used universally for different types of bikes. One of its
innovative feature is that the tailgate can be opened even when the rear carrier is loaded. Its silhouette is defined by the sporty roofline sloping downward to the rear – called a “flyline” by the Porsche designers. Off-road design elements include wheel arch trims, unique front and rear lower aprons and side sills. As part of the Off-Road Design package, the Cross Turismo has special flaps at the corners of the front and rear bumpers and at the ends of the sills.

The high-tech chassis with all-wheel drive and adaptive air suspension comes as standard on all four models. The
optional Off-Road package increases ground clearance by up to 30 mm. This means that the Cross Turismo can
also be driven on demanding off-road terrain. 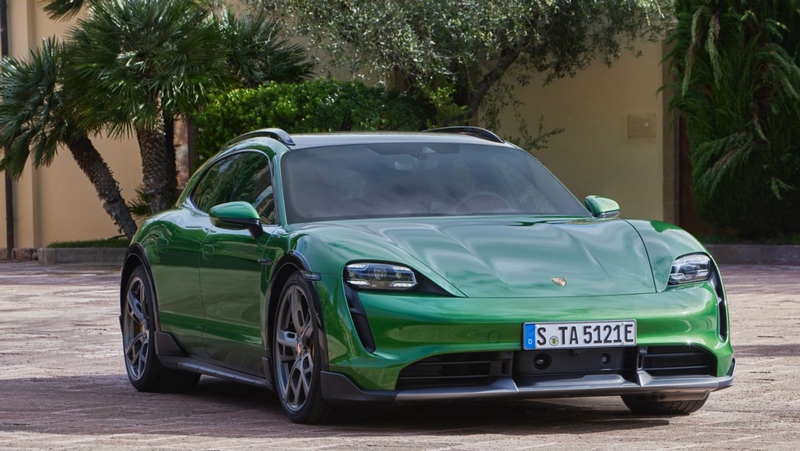 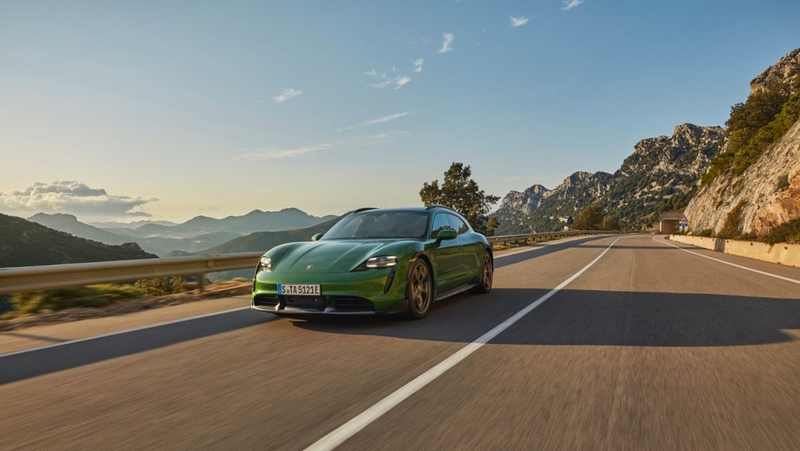 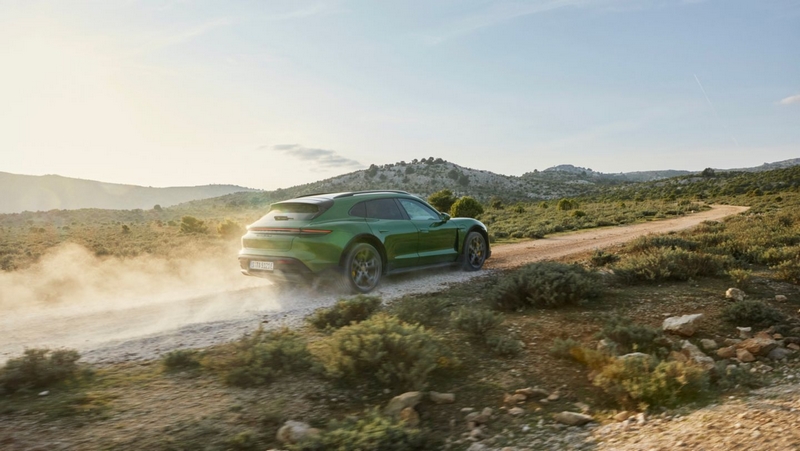 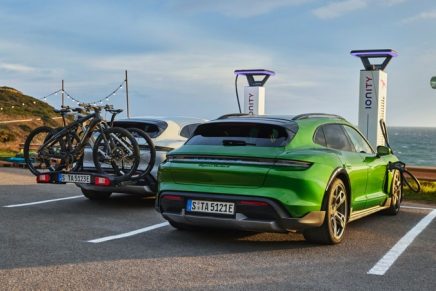 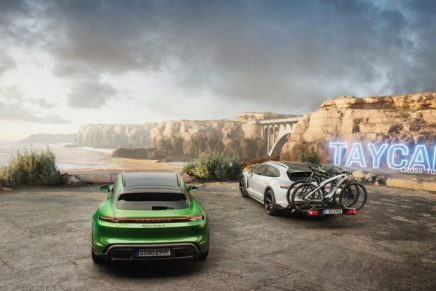 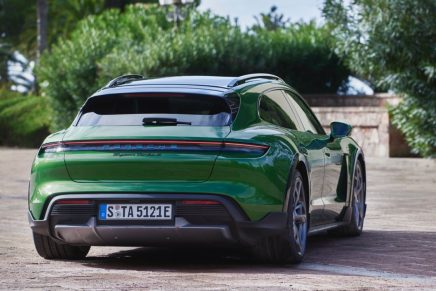 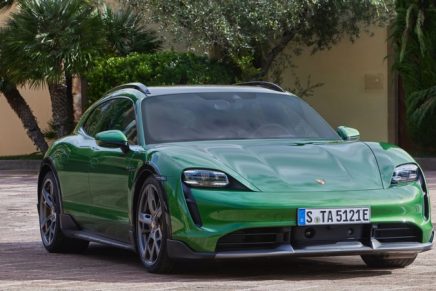 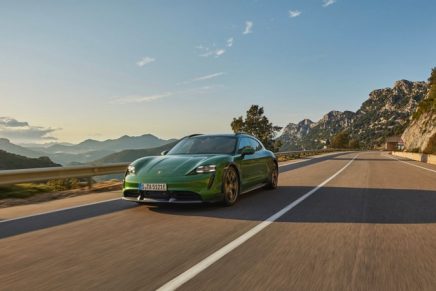 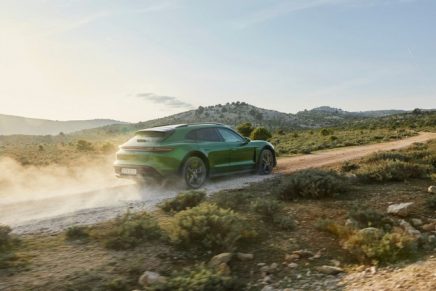 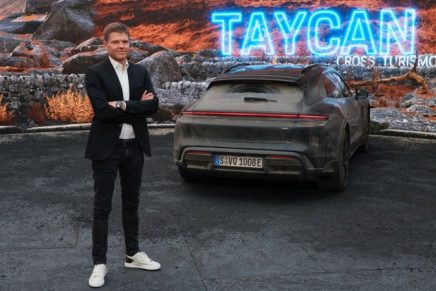