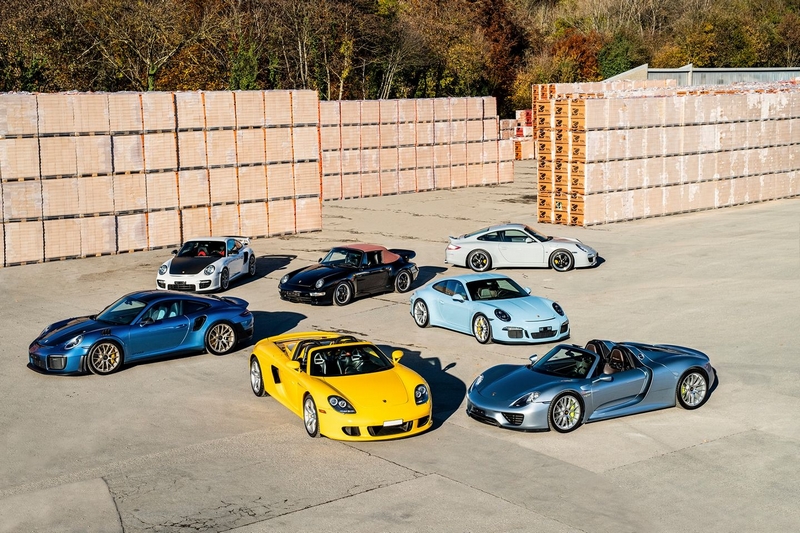 These cars are a rare opportunity for any collector.

RM Sotheby’s is offering a collection of seven rare, limited-production Porsches from a single-owner Swiss collection. All the cars are exceptional, low-mileage examples, and feature a range of Porsche Exclusive specification highlights and paint-to-sample colors. The collection will be sold as a stand-alone collection within RM Sotheby’s upcoming Online Only:Open Roads, February sale, and will be the only lots to be sold in Swiss Francs.

According to Oliver Camelin, Car Specialist at RM Sotheby’s, this collection of Porsches, offered by a discerning Swiss-based collector, represents one man’s passion for the Stuttgart marque and his desire to bring together some of the rarest and most desirable models produced over the last 25 years. 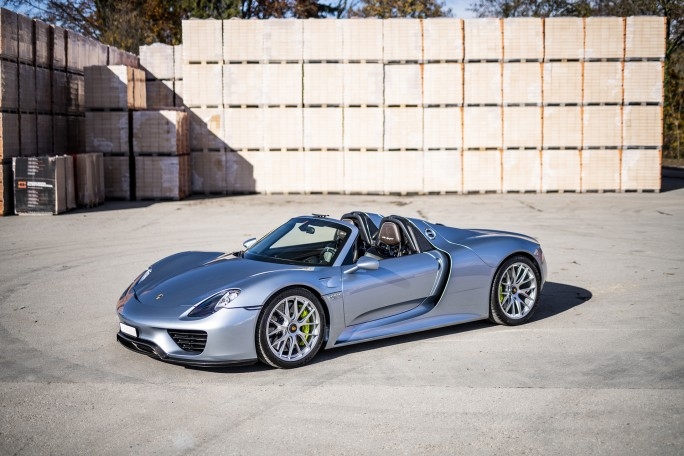 Leading this incredible luxury sports car collection is the 2014 Porsche 918 Spyder, the hybrid hypercar developed to compete with the Ferrari LaFerrari and McLaren P1. With single ownership and just under 5,500 km from new, the car was delivered through Porsche Centre Lausanne to the consignor in June of 2014 (Est. 975,000 – 1,100,000 CHF). 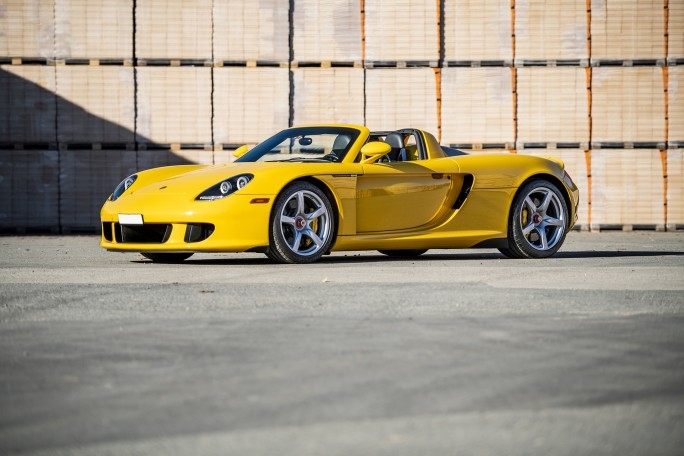 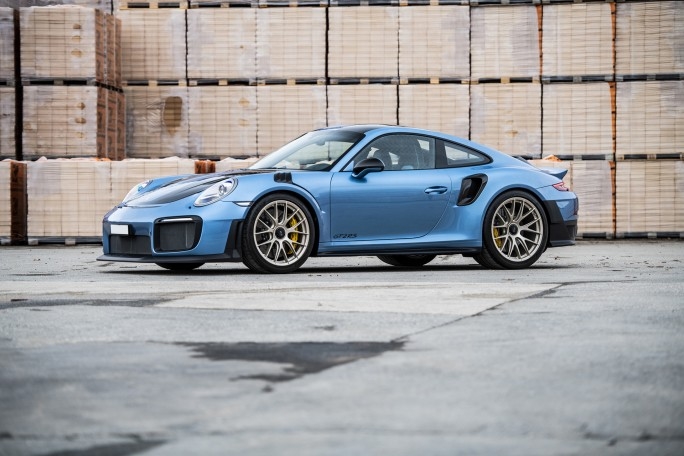 Nothing says ‘race car for the road’ better than a Porsche GT2, with the GT2 RS being the ultimate development of these incredible cars. On offer within the collection is a 2018 Porsche 911 GT2 RS, with just under 450 km from new and presented in beautiful, paint-to-sample Azzurro California Metallic. This GT2 RS is a rare opportunity to acquire one of the most legendary of all road-going 911s (Est. 390,000 – 450,000 CHF). 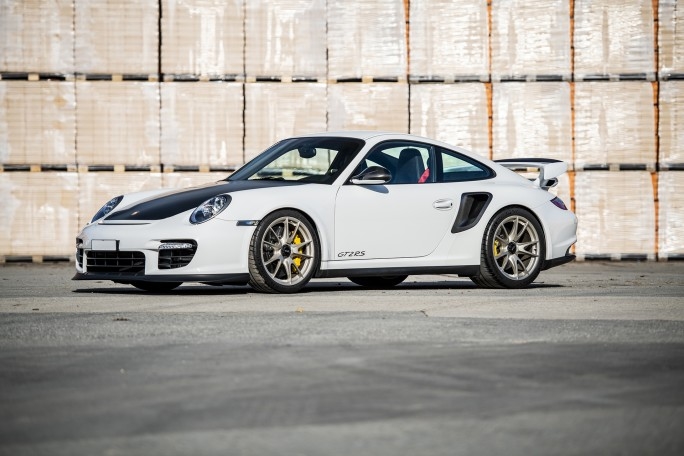 And if one GT2 RS isn’t enough, the collection features a second example. Also on offer is a 2010 Porsche 911 GT2 RS built for the 2010 model year and finished in Carrera White over a two-tone interior trimmed in black and red leather. Purchased new by the consignor and delivered new through Porsche Centre Lausanne in October of 2010, the car has only covered 6,000 km from new (Est. 400,000 – 450,000 CHF). 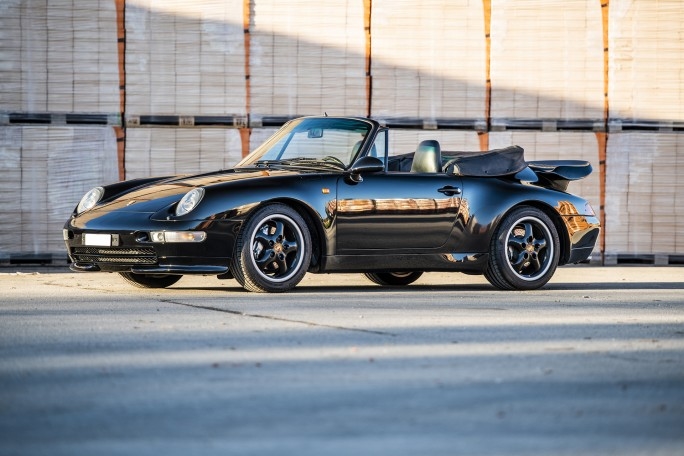 If performance and rarity appeal to you, the 1995 Porsche 911 Turbo Cabriolet ticks all the boxes. The collection features an outstanding example, which, as one of only 14 993 Turbo Cabriolets built by Porsche Exclusive, makes the model one of the rarest Porsche road cars produced. The brainchild of Fritz Haberl, owner of MAHAG Porsche in Munich, Haberl approached Porsche executives with the idea of a Turbo Cabriolet built as a limited-edition model. Porsche agreed to Haberl’s suggestion with a minimum order of ten cars, to which Haberl agreed. Amongst the rarest of 993s, this 32,000 km Turbo Cabriolet would be an excellent addition to the world’s finest Porsche collections (Est. 775,000 -875,000 CHF).

Also offered is a 2017 Porsche 911 R, in Gulf Blue over brown leather interior with pepita inserts. With under 2,800 km from new, this single-owner car is one of only 41 delivered to Switzerland, delivered new through Porsche Centre Lausanne, and even rarer in its paint-to-sample color. The car was fitted with Porsche’s adaptive sport seats, trimmed in brown leather with pepita inserts, and other extras include the desirable single-mass flywheel, 90-litre petrol tank, Bose sound system, side skirts painted in the exterior color, aluminium-look fuel filler cap, headlight washers painted in the exterior color, additional dashboard trim in leather, and over 14,000 CHF in CXX custom tailoring options (Est. 330,000 – 380,000 CHF). 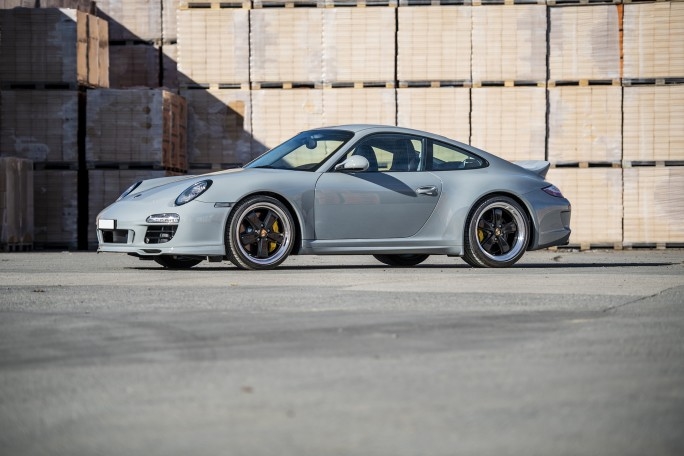 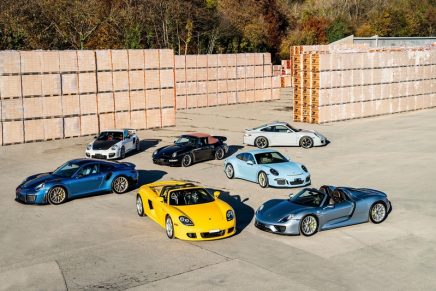 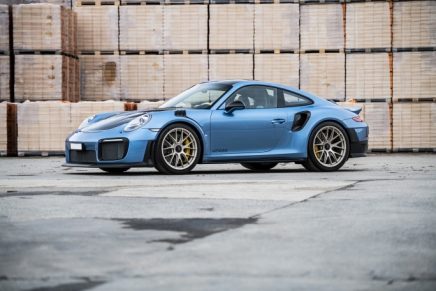 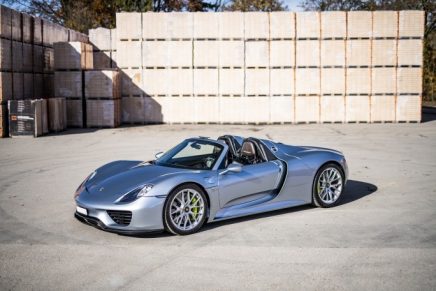 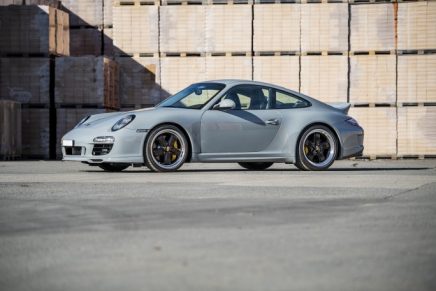 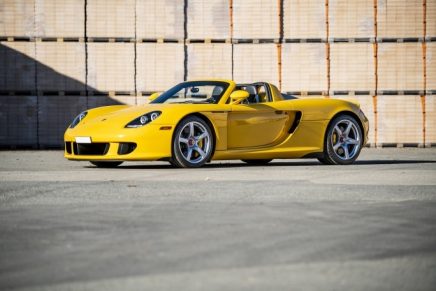 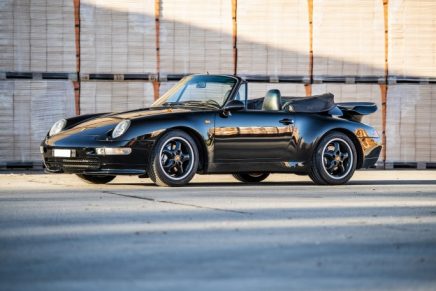