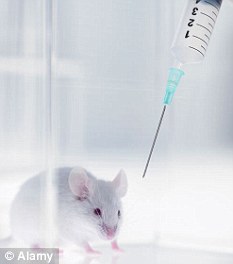 The People for Ethical Treatment of Animals revealed on their website that the skincare brands are no longer ‘cruelty-free’ as they are being forced to follow regulations enforced by the Chinese government. U.S. brand Mary Kay was also included in the list of companies that are said to harm animals in the Asian country.

For more than two decades, Avon, Mary Kay, and Estée Lauder have been among the largest mainstream international companies on PETA’s cruelty-free lists. Avon banned all tests on animals following PETA’s massive “Avon Killing” campaign, and Mary Kay pledged to go cruelty-free after cartoonist Berkeley Breathed mocked the company in his popular Bloom County comic strip. Since then, all three companies have enjoyed the support of PETA and millions of consumers who choose to buy cosmetics from companies that don’t harm animals.

“When we [PETA] learned that the Chinese government requires tests on animals before many cosmetics products can be marketed in China, we immediately contacted all three companies. While we understand that China is an enormous market that these companies aren’t willing to ignore, we had hoped they would take action to eliminate this requirement or push for non-animal test methods to be accepted. Mary Kay had taken some steps to work with officials in China, and at our urging, promised to continue this effort—but Avon and Estée Lauder appear to have gone along with the painful animal tests without objection,” said PETA on its website.

PETA is financially supporting the efforts of the Institute for In Vitro Sciences (IIVS), which is putting together a coalition of corporate experts, providing training for scientists in China in the use of non-animal test methods, and working with officials there to promote the acceptance of non-animal methods that are used in the U.S., the European Union, and much of the world.

“We would like to confirm that our commitment to end animal testing everywhere has not changed. Our products are not tested on animals except when absolutely mandated by law. We are committed to the universal acceptance of non-animal test methods with the goal of eliminating animal testing.We will continue to invest in scientific research to promote acceptance of non-animal test methods by authorities around the world,” said Estée Lauder in a statement.