“Boat industry Oscars“ presented at “Boot” 2018 in Düsseldorf, Germany.
This year’s “Oscars of the yachting scene” were again awarded at the bo0t 2018. Which boats deserve the title ” European Powerboat of  the year.” 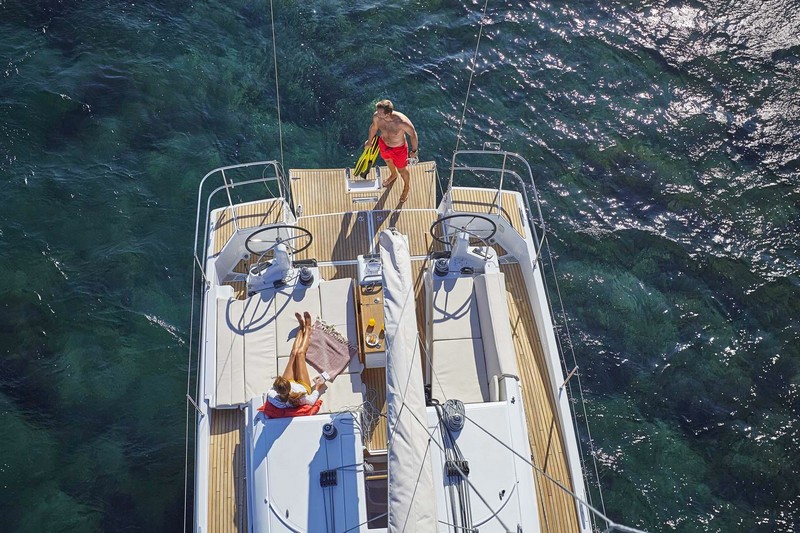 The two prestigious awards “European Yacht of the Year 2018” and “European Powerboat of the Year 2018” were the centre of attention at boot Düsseldorf‘s FLAGSHIP NIGHT. A jury of experts also presented the SEAMASTER Award to an athlete for outstanding achievements in water sports at the international maritime gala held at the beginning of “Boot” 2018.

The best motorboats and sailing yachts in Europe are presented the “Water Sports Oscar” in a total of ten different categories every year. The international award “European Yacht of the Year” was now presented for the fifteenth time, while the “European Powerboat of the Year” was chosen for the twelfth time. A jury consisting of test managers and editors-in-chief from the twelve leading European sailing magazines and nine European motorboat magazines decides who receives the prestigious prizes. The coveted trophies were presented on the first weekend of the trade fair at the industry get-together known as FLAGSHIP NIGHT, which is organised by Delius Klasing Verlag and boot Düsseldorf. Publisher Konrad Delius and “Boot” Director Petros Michelidakis welcomed almost 500 prominent guests from the international water sports community to the maritime gala this year.

Some 70 new sailing boats come onto the market every year in Europe. But only five shipyards have the privilege of winning the title “European Yacht of the Year 2018”. The first tests took the jury members from the twelve sailing magazines from Norway, Sweden, Great Britain, the Netherlands, France, Denmark, Austria, Switzerland, Italy, Spain, Germany and – a recent addition – Finland to the marina in La Rochelle in mid-September. The second round followed in October off Port Ginesta, south of Barcelona. All 15 candidates were tested and analysed intensively in this context. In total, the trade journalists sailed almost 2,000 nautical miles on the nominated yachts.

All the decisions are taken by a majority vote of the jury members; a nationality rule makes sure that the jury members do not give an unfair advantage to candidates from their own country. The choice of the yacht of the year always reflects the development of the market as a whole, where the current trends are, on the one hand, towards increasingly large yachts and, on the other hand, to more and more individual and special designs.

European Yacht of the Year 2018 winners: 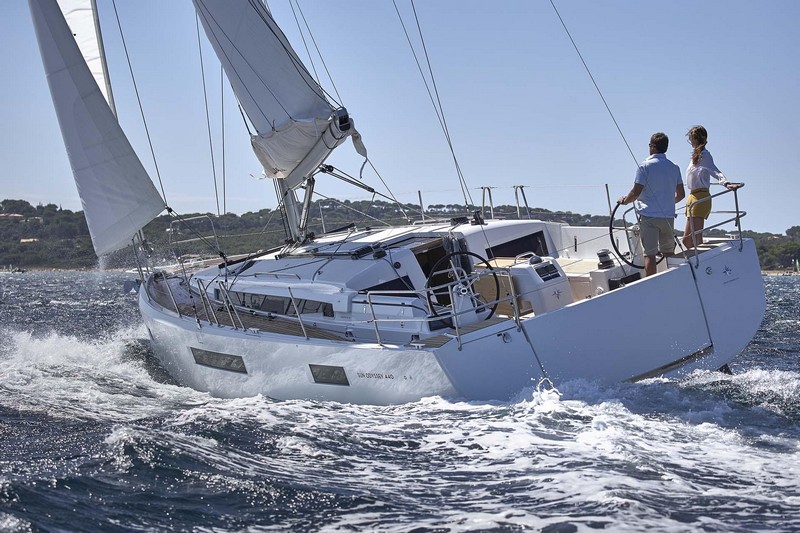 European Yacht of the Year 2018 – Best Family Cruiser of the Year: Sun Odyssey 440

The winner in the Family Cruiser category this year was the Sun Odyssey 440. One of the surprising features of this cruiser from Jeanneau is a completely different, clever cockpit design and decks that slope considerably towards the stern. It is a very good all-round yacht that is comfortable and lively under sail.

The ClubSwan 50 won in the Performance Cruiser category. Although it already attracted a great deal of attention when it was launched last autumn, it was not available for tests by the Yacht-of-the-Year jury at the time. The boat is available in a slightly optimised series version in the meantime, so that it was now able to demonstrate what it is capable of. It is a masterpiece of design and construction. The jury called it a sailing machine at its best. 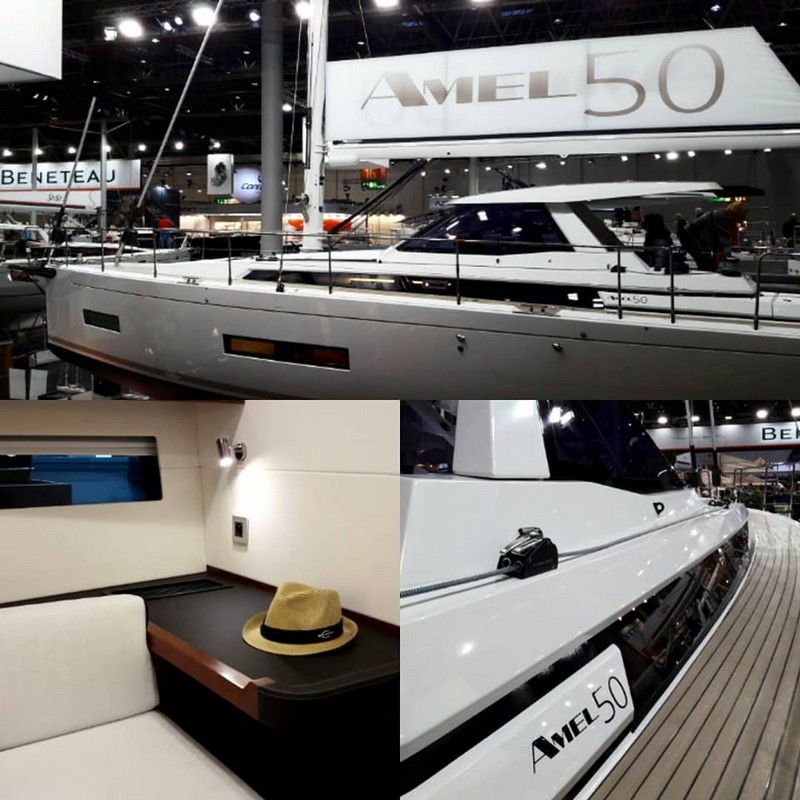 The Amel 50 came out on top in the Luxury Cruiser category. The modern long-distance sailing yacht impressed the jury with its protected cockpit, plenty of space for sunbathing, very safe operation and every imaginable comfort. It also has a lavishly built and exceptionally tastefully designed interior. 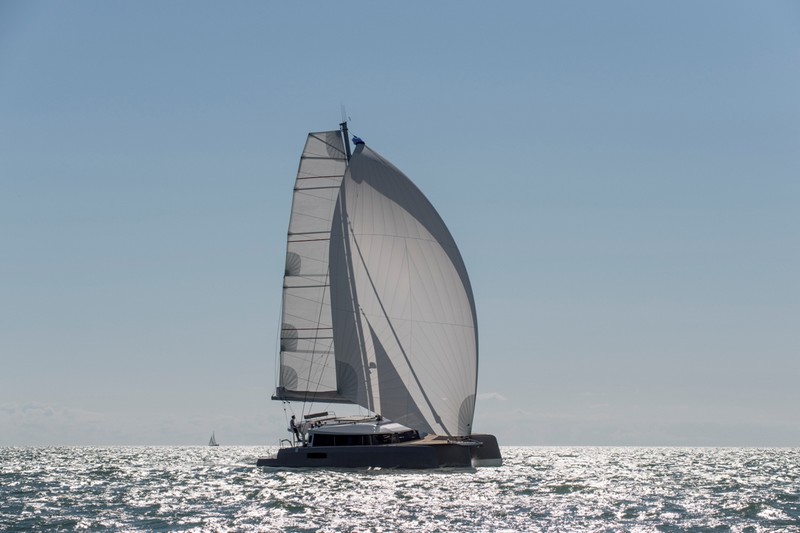 The coveted award went to the Neel 51 in the Multihulls category. This trimaran is a lightweight structure and is very different from most of
the catamaran cruisers on the market. The jury was enthusiastic about the very good way the boat handled while sailing during the tests as
well as about the large volume of the three hulls. It has up to ten cabins in addition to an imposing 10-square-metre owner’s suite on the
main deck, which provides spectacular views of the ocean. 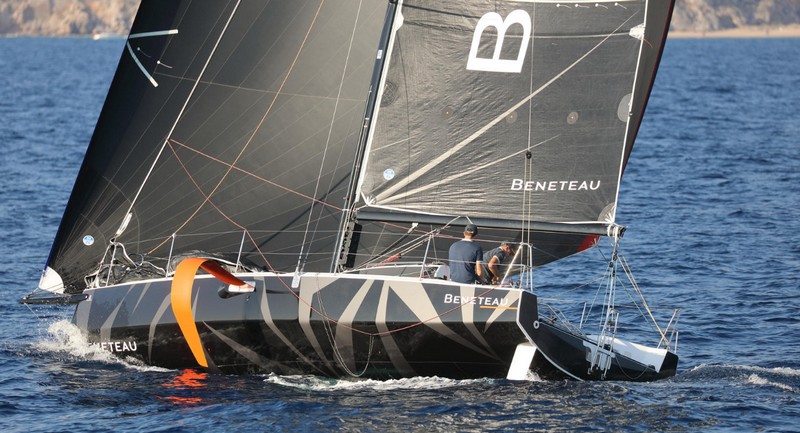 The Beneteau Figaro 3 took first place in the Special Yachts category. The new model from Beneteau is considered to be the first hydrofoil yacht that is produced on a large scale and is said to sail up to 25 per cent faster than comparable boats. An interesting feature: the innovative design with foils that slope downwards and can be retracted and extended at deck level. The yacht is amazingly simple to sail fast.

European Powerboat of the Year 2018 winners:

The presentation ceremony for the “European Powerboat of the Year 2018” awards for motorboats was at least just as exciting. The jury here consists of the editors-in-chief and testers from the nine European motorboat media in Norway, Italy (2), France, the Netherlands, Spain, Switzerland, Austria and Germany. This jury started off by nominating the five most interesting new models per category at the Cannes Yachting Festival.

Apart from the standard quality characteristics of a boat – such as the workmanship or performance – the layout, the overall concept and the value for money also play a crucial role in the jury’s assessment and decision-making process. It is frequently the case too that innovative, unusual ideas lead in the end to an award that delights the shipyard concerned. European Powerboat of the Year 2018 – Best small boat up to 25 feet long – Bella 620 Cabin.

Five fascinating concepts competed with each other in the category of small boats up to 25 feet long. The Bella 620 Cabin finally came out victorious. The reasons given by the jury: “The Bella 620 cabin was helped by a new design, in which the focus is on practical use of the boat. It has everything that can be expected of a boat in this category. The effective deck layout also makes sure that there is a maximum of safety when moving around on the boat.” 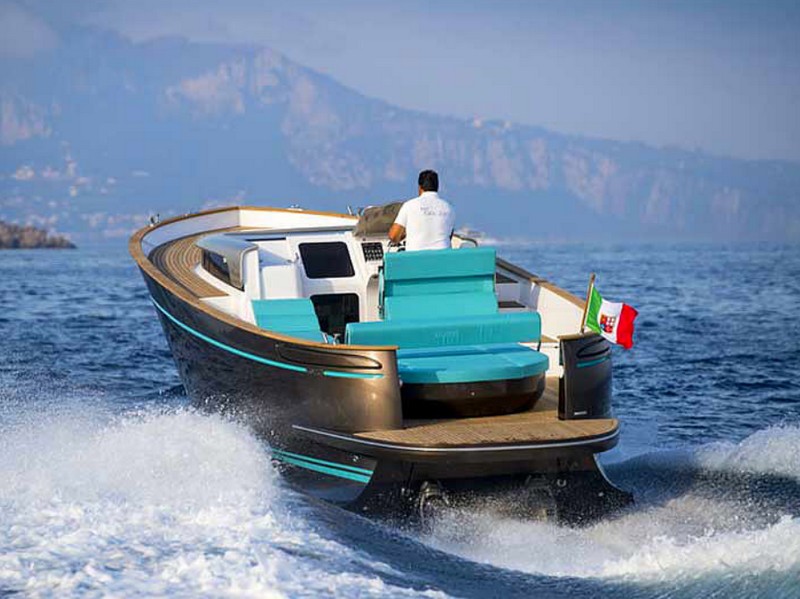 Boats in the 35 feet category need primarily to combine practicality with good workmanship and safe handling in all waters. The Apreamare Gozzo 33 received the prize in this category. The jury’s opinion about it: “Classic lines coupled with modern functionality – that is what the Apreamare Gozzo 33 has to offer. In spite of the flat lines of the boat, Apreamare has succeeded in creating comfortable living space for up to four people. The Gozzo 33 moves fast and safely at a top speed of 31 knots as well.” 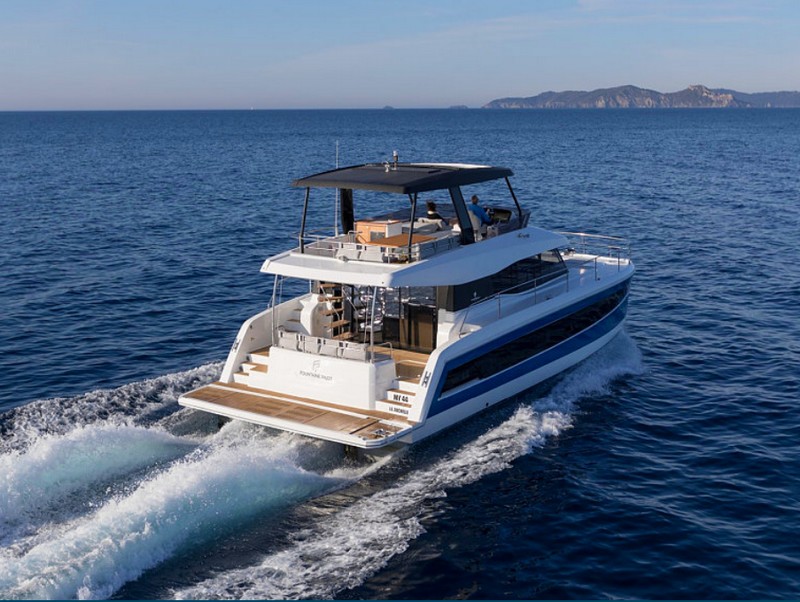 The Fountaine Pajot MY 44 proved to be the most convincing model in the category up to 45 feet. With it, the shipyard has created a fast power catamaran specially designed to meet the requirements of motorboat enthusiasts. In addition to plenty of space – with up to eight cabins – the MY 44 has a long range, handles well and boasts a top speed of up to 25 knots. 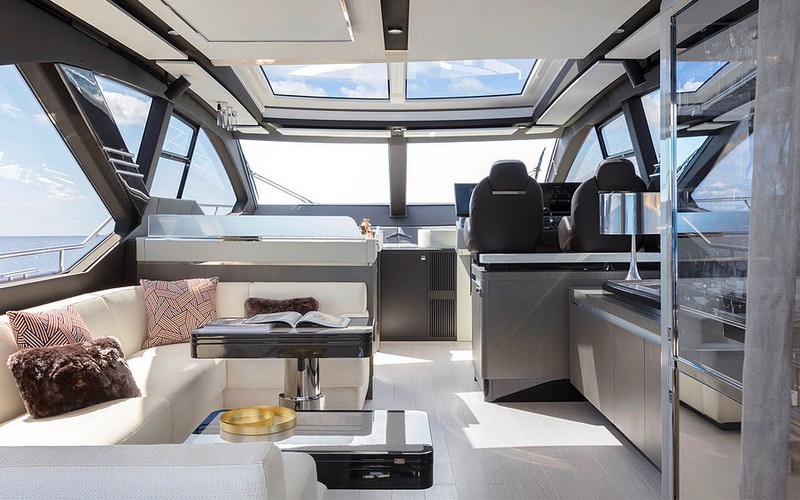 In the category over 45 feet, the jury chose the Azimut S 7. With it, carbon has entered series boat production once and for all. The jury’s assessment: “The new structure makes the S 7 considerably lighter than its rivals, while the centre of gravity moves deeper inside the  boat. The consequences are lower fuel consumption and reliable performance. The innovative “Auto Balance System” guarantees  optimum weight distribution on the move too, which also increases the boat’s safety performance.” 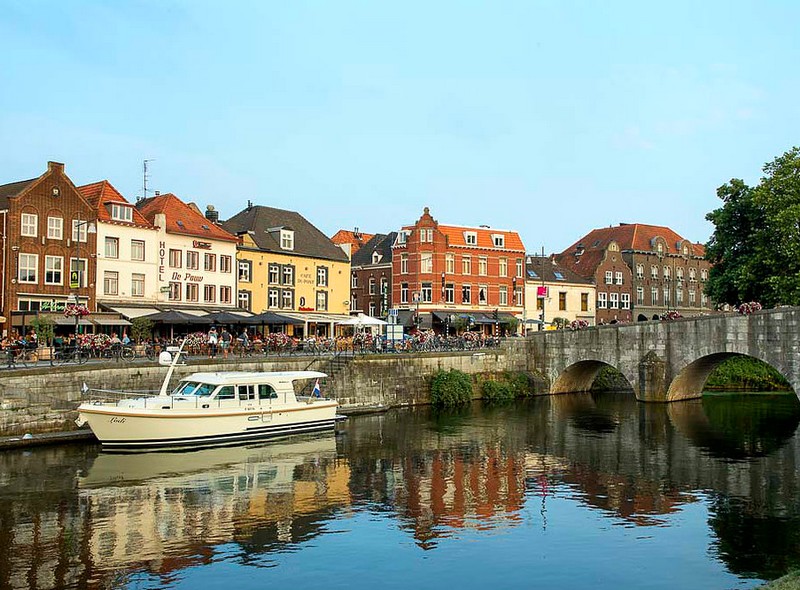 In the category with no length specification, the “European Powerboat of the Year 2018” Award went to the Linssen Grand Sturdy 40.0 Sedan.

The SEAMASTER Award was presented for the sixth time at FLAGSHIP NIGHT 2018 too. The Award honours an athlete for his or her special achievements in water sports. In 2018, the prize goes to the outstanding Frenchsailor François Gabart. In December last year, the 34-year-old set a new world record for the fastest single-handed circumnavigation of the world. Gabart cut as many as six days off the previous record – a time that not even he himself had thought possible. In his case, the clock stopped after 42 days, 16 hours, 40 minutes and 35 seconds. 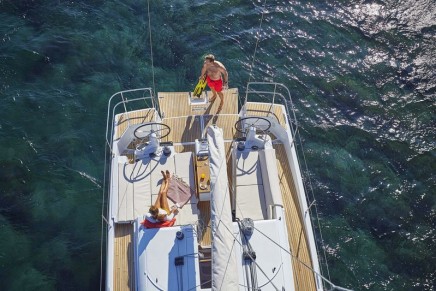 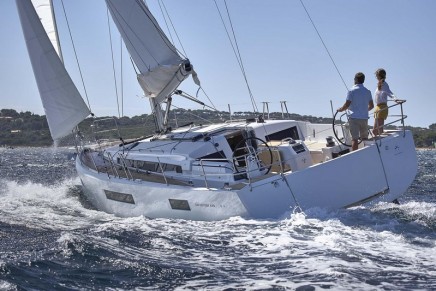 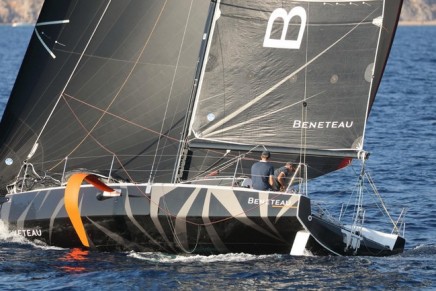 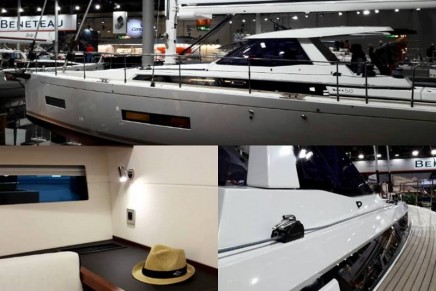 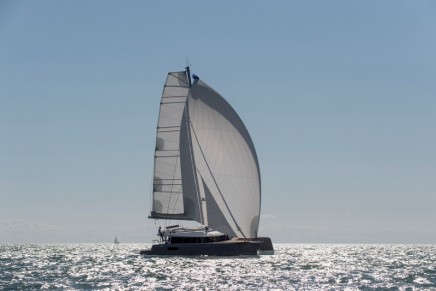 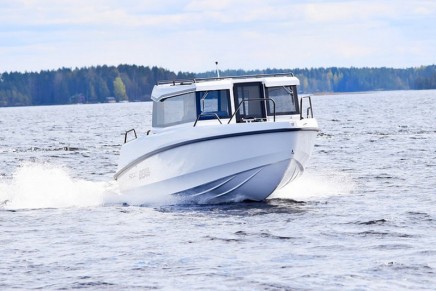 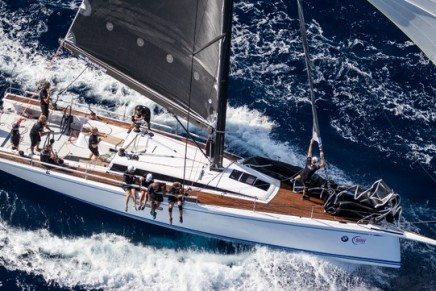 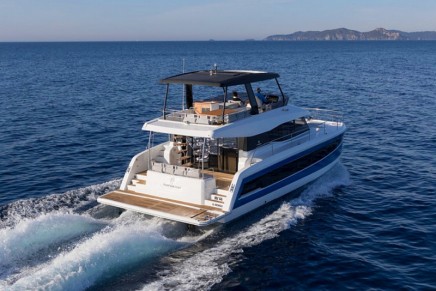 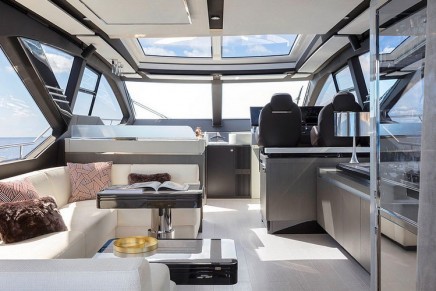 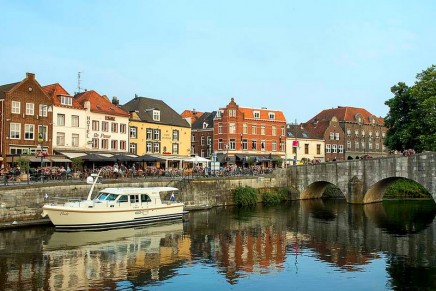