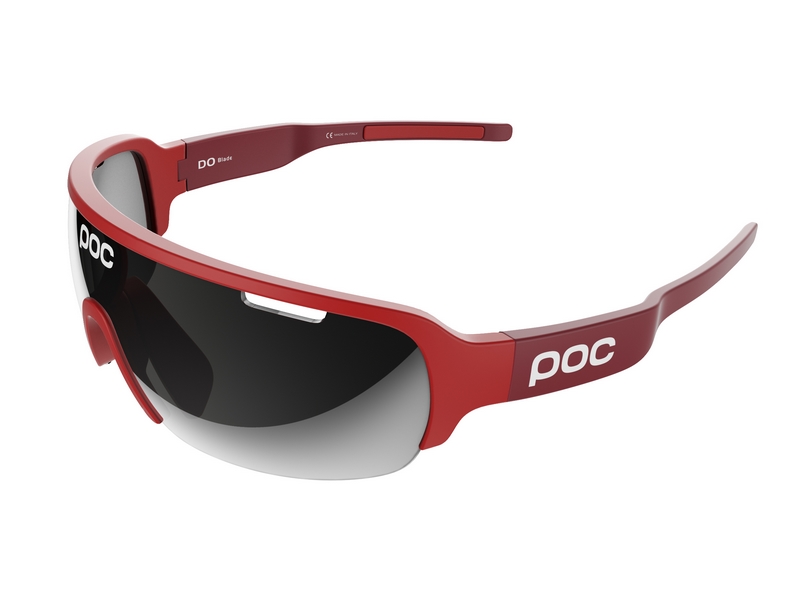 This article titled “On your bike: how high fashion adopted cycling sunglasses” was written by Lanre Bakare, for The Guardian on Tuesday 10th July 2018 16.24 UTC

Cycling’s sartorial reinvention is nothing new. Brands such as Rapha, CHPT3, Pas Normal Studios, Isadore and MAAP have offered style-conscious cyclists an alternative to poorly fitted fluro gear for a decade. The fashion world has paid attention too, with Moschino taking cycling style to the catwalk in 2015, and caps becoming essential wear for Williamsburg’s hipsters. But recently, a specific piece of cycling apparel has become co-opted by the fashion crowd: sunglasses.

At men’s fashion week last month in Paris, Bella Hadid, Rita Ora and Kim Kardashian were spotted in high-end performance sunglasses: Hadid in Heron Preston x Nike Visions, Ora in Oakley Jawbreakers (as worn by Mark Cavendish) and Kardashian in Alpinas. Vetements – one of the most influential brands in the world – put them on models on the catwalk. Stella McCartney makes Turbo Wrap sunglasses that would be at home on Mont Ventoux. American Vogue has even started running editorials on them.

“It’s bizarre,” says cycling journalist Stuart Clapp, who edits Rouleur’s apparel section. “Princess Anne wore some to the royal wedding. It’s like a 90s throwback thing. In cycling terms, you wear cycling sunglasses when you’re on the bike, but no one wants to wear them off it. Not even when you’re in the cafe.”

But perhaps it’s not that strange. Brands such as Off-White have been designing cycling shorts for a while and, as the Guardian’s fashion editor Hannah Marriott tells me, “they go with the ironic ugly trainer vibe permeating fashion. They’ve never really been fashionable before so they make early adopters feel a bit clever on Instagram.”

Cycling sunglasses have had some distinct eras. In the early pre-war years, riders would don the kind of goggles you would expect to see in a cockpit rather than in the peloton. In the 50s and 60s, innovators such as Fausto Coppi and Britain’s most stylish cyclist, Tom Simpson, began wearing aviators. But it was the 80s and the introduction of Oakley that broke the mould.

The story goes that when American pro-cyclist Greg LeMond wanted a pair of performance glasses, Oakley, until then mostly known as a motocross brand, delivered the Factory Pilots: huge yet minimalist wraparound glasses, which provided protection from flies and grit flicked up from the road, as well as the sun. Their ungainly aesthetic caused ripples of laughter in the peloton at first, but became must-haves among pros soon after.

In the 90s, Oakley’s dominance was challenged by Briko’s extreme big-and-bold styles, worn by the late, great Italian Marco Pantani.

It is exactly these large styles that are being embraced by the fashion crowd now: the Alba Optics I try out engulf your entire field of vision.

They are most in demand with cyclists who want to make a statement, according to Clapp. “Cycling had that thing with the statement socks,” he says. “You had to have really lairy socks. Now it’s all about wearing sunglasses and them being outrageous.” No wonder fashion’s front row are road-testing them.