MGM Springfield, New England’s first integrated luxury resort, officially opened its doors. The new resort combines the excitement and energy of Las Vegas with the rich historical context of Springfield, a city steeped in innovation and the arts. 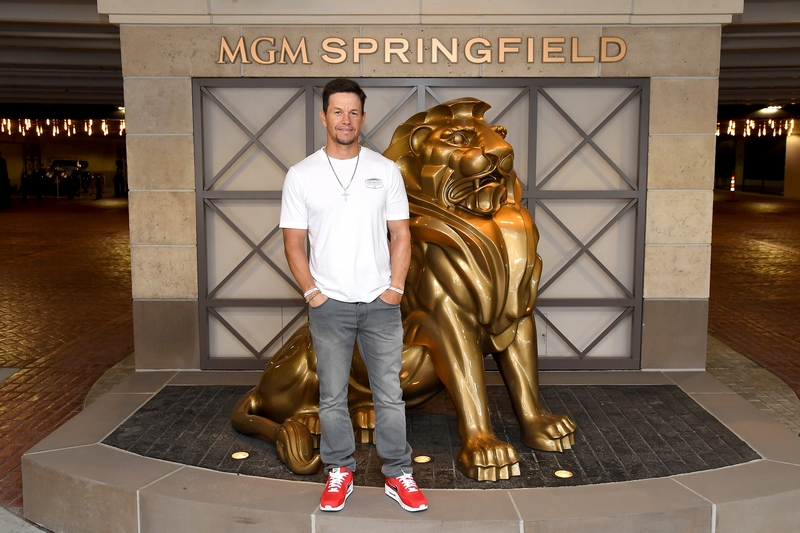 From the Basketball Hall of Fame — a shrine to the sport in its founding locale, to The Amazing World of Dr. Seuss Museum — Springfield is home to unique and unexpected cultural attractions. MGM Springfield is surrounded by landmarks such as HH Richardson Courthouse and City Hall, counting the riverfront, MassMutual Center, Symphony Hall and Union Station among its prestigious neighbors. The central downtown location allows guests to explore spontaneously or navigate a more robust travel experience aboard The Loop, a new free-to-ride transportation service linking downtown tourist spots, hotels, restaurants and cultural districts. 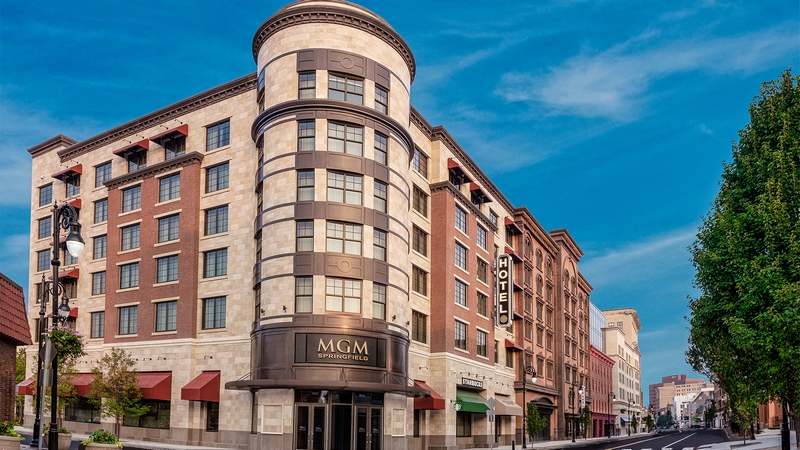 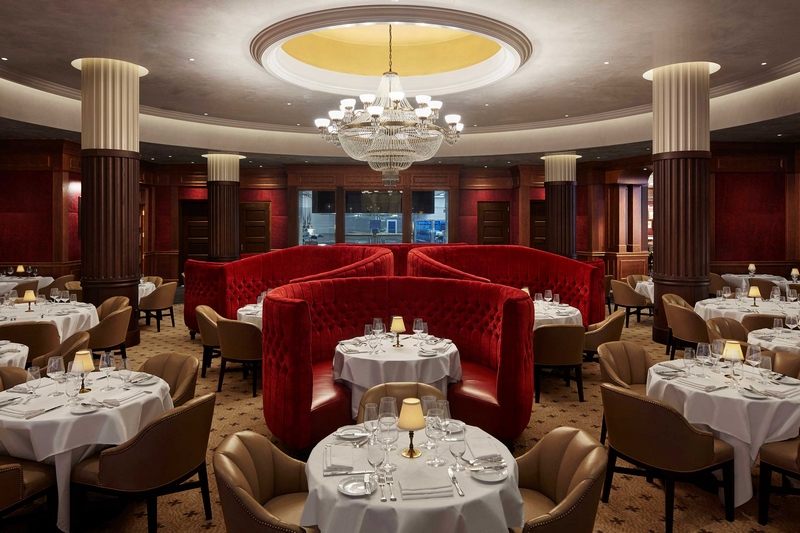 “Travelers seeking authentic, local experiences are rediscovering small cities across the U.S. that fuse small- town charm with the allure of big-city culture,” said Jim Murren, Chairman and CEO of MGM Resorts. “With a 375-year legacy as a major crossroads of New England, Springfield is poised to join the likes of such hidden gems with the development of MGM Springfield leading a fresh wave of rediscovery in The City of Firsts.”

From recasting the former hotel to Presidents Polk and Buchanan into a sophisticated steakhouse to restoring a 19th century arsenal and a High Gothic-style church, the development thoughtfully merges new building with historic architecture.

As a surprise during the opening week, actor Mark Wahlberg stopped by to announce that he will be bringing his family’s famed Wahlburgers to the resort. It will be located on the corner of Main and Union Streets on the southeast corner of the MGM Springfield campus, and is expected to open in late 2019.

Drawing inspiration from the city’s legacy rich in art and culture, MGM Springfield features a curated collection from local and national artists. From large-scale sculptures to intriguing paintings, talent is displayed through dozens of commissioned and procured works throughout the resort. Mia Pearlman’s The Flying Tidings Whirled sculpture commemorates the resilience of Springfield following the devastating 2011 tornado, while contemporary artist Jeppe Hein’s bright red Bench of Expectation catches the attention of passersby in The Plaza with its winding loops and slides, inviting them for a sit or to marvel at its creativity. 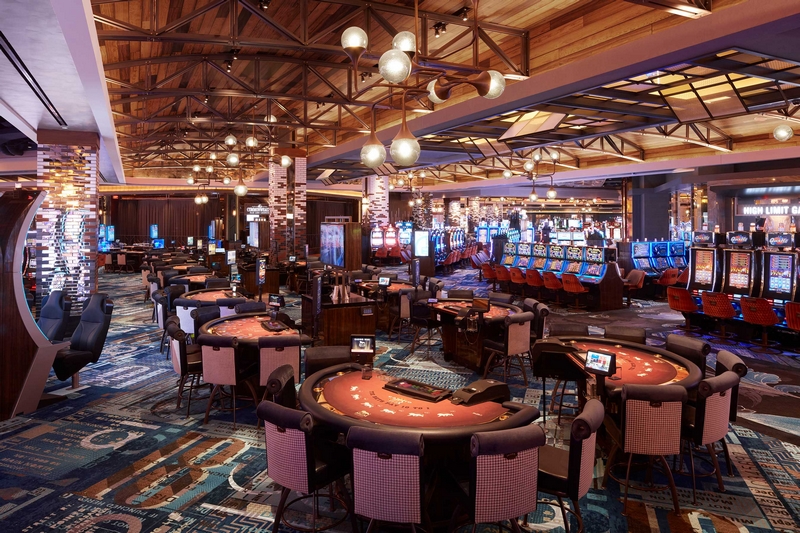 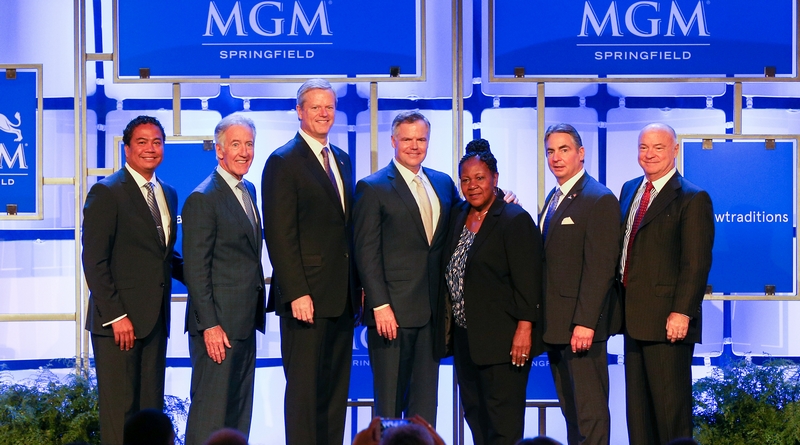 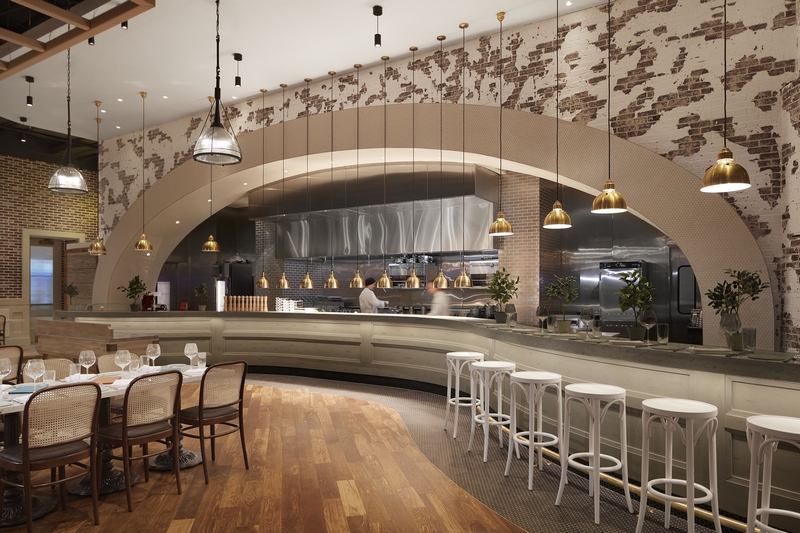 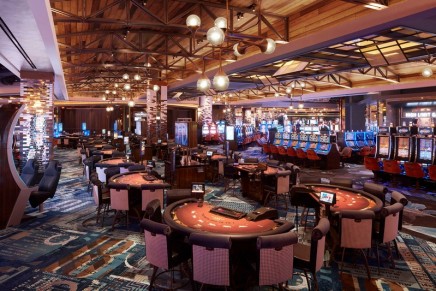 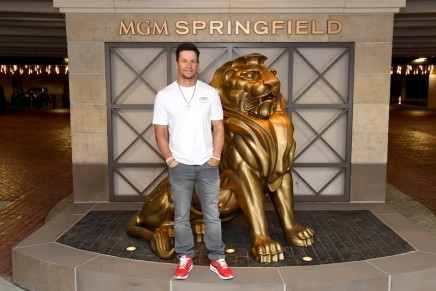 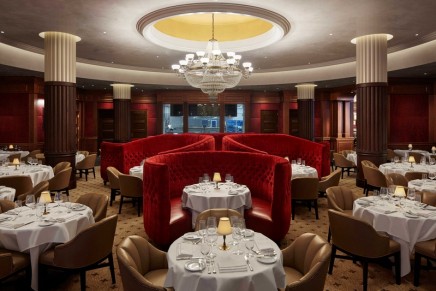 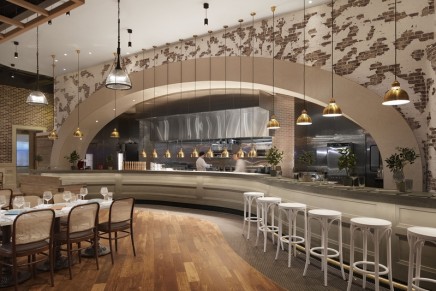 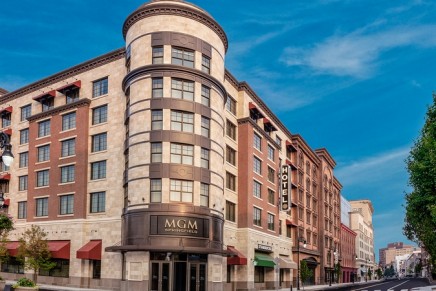 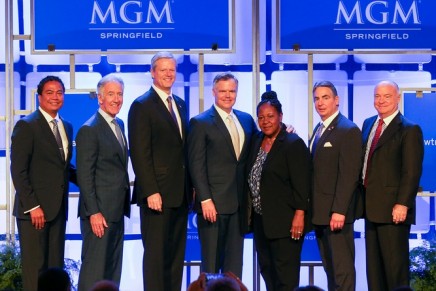