A Huracan Evo Expedition above the Arctic Circle to Explore Norway’s Lofoten Islands.

This incredible journey saw seven Lamborghinis traveling through an archipelago of islands connected by tunnels and roads that appear to float on water, with picturesque bridges, cliffs and mountains formed of the oldest rocks in Europe. This untouched landscape beyond the Arctic Circle, sculpted by glaciation, features spectacular alternations of scenery where peaks give way to coastal plains washed by crystalline waters.

The convoy of seven Huracáns set off from Harstad to complete the first stage of the journey, connecting Norway to the archipelago. The first stopover was in Henningsvær, a fishing village built on a group of small islands at the foot of a cliff overhanging the sea, known for what many consider to be the most beautiful football ground in the world that almost touches the sea.

The Lamborghinis then continued south, passing landscapes studded with the typical pyramid-shaped wooden racks used by locals to dry cod from February to June. The first day ended in Nusfjord, one of the oldest and best preserved fishing villages in Norway, known for its rorbus, the historic red dwellings built over the water where fishermen of old used
to spend their time when not out in their boats.

The next day the journey continued to the north, with a stopover in Ramberg on the island of Flakstadøya, which boasts the island’s largest beach whose white sands and crystalline waters are reminiscent of the Caribbean. Passing breathtaking scenery along coastal roads, the convoy entered Svolvær, population 4700, considered to be the oldest town in the Arctic Circle.

Setting off from Svolvær, the journey concluded after 630 kilometers at the starting point, Harstad in northern Norway – a return to civilization following mile after mile of nature and silence – with an unforgettable view of the midnight sun from the summit of Mount Keipen. 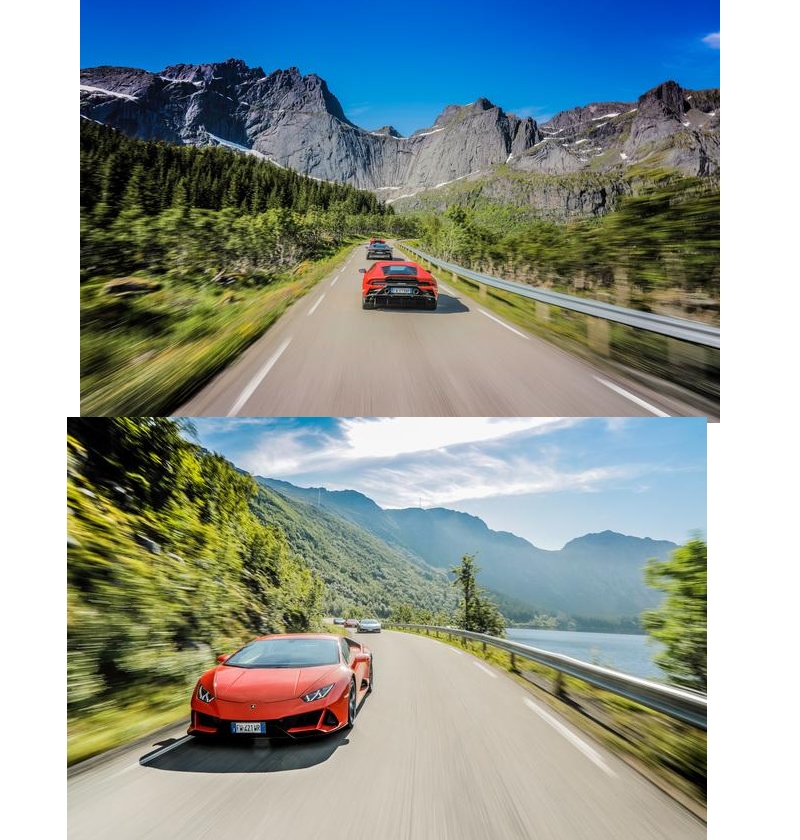 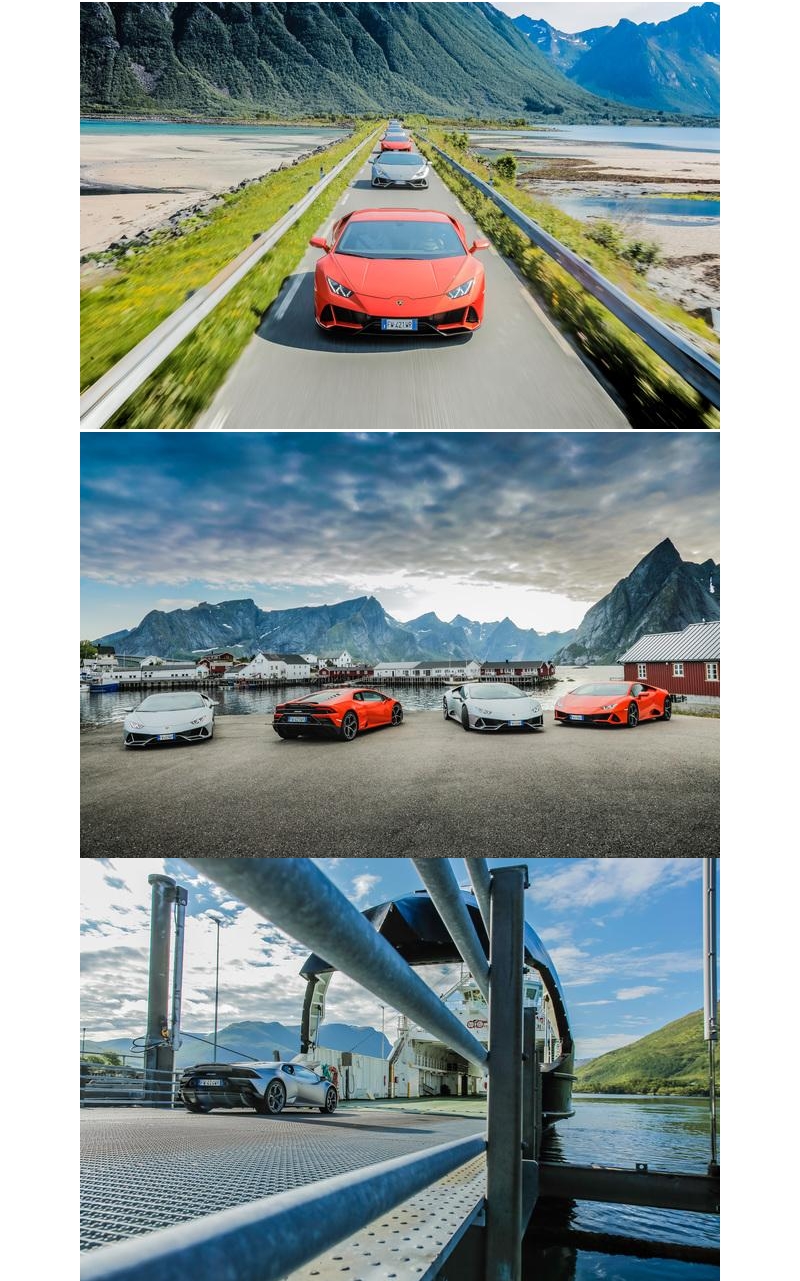 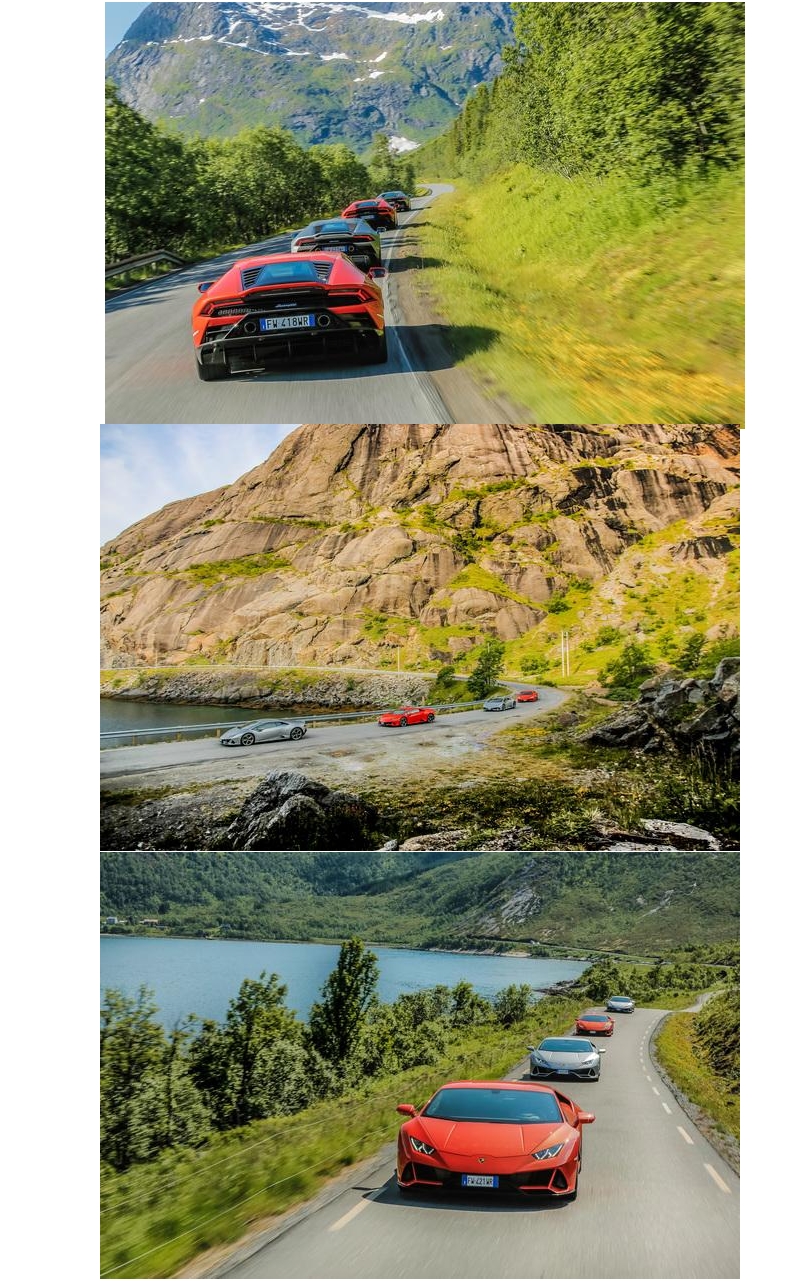 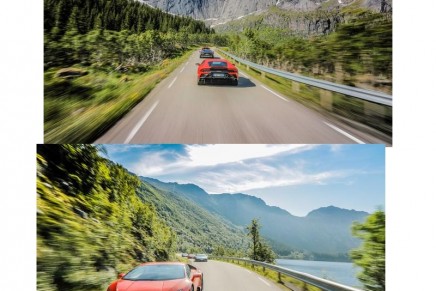 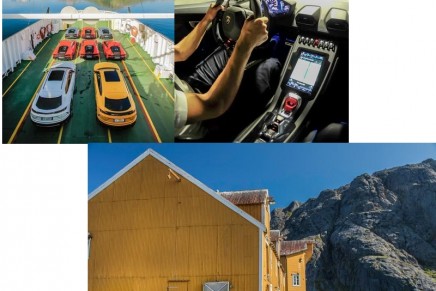 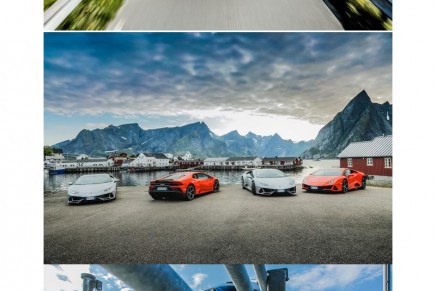 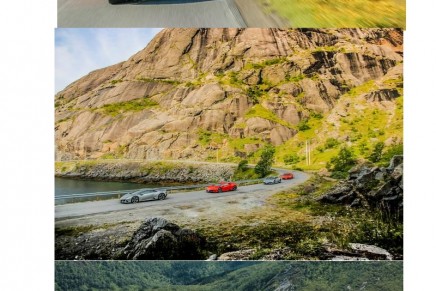