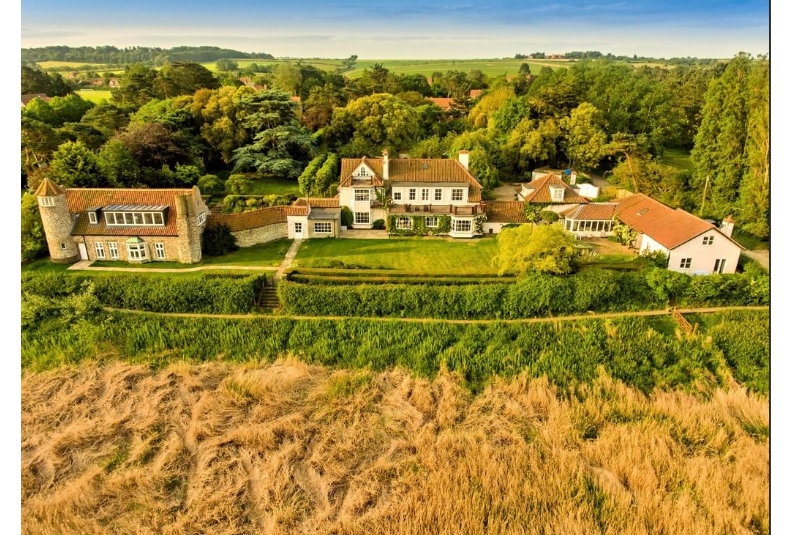 This article titled “Norfolk, Wiltshire and Cornwall emerge as £1m property hotspots” was written by Julia Kollewe, for The Guardian on Thursday 24th September 2020 23.01 UTC

Norfolk, Wiltshire and Cornwall have emerged as hotspots for properties on sale at £1m or more, as wealthy buyers hunt for larger homes near the sea or in the countryside.

Traditionally, more expensive homes have taken far longer to sell than properties in the wider market, but the race for more space and leafier locations as more people work from home in the wake of the Covid-19 pandemic has led to a sales boom in the £1m price bracket, according to the UK’s biggest property website, Rightmove.

Houses priced at £1m or above are selling more quickly than this time last year by 18 days – and at the fastest pace since 2014. It is taking 63 days, on average, to find a buyer for such houses, compared with 81 days in August last year. For the market as a whole, it is taking 50 days, or nine days fewer.

The research also found that £1m homes are outperforming the rest of the market for the number of sales being agreed. The number of £1m-plus houses finding a buyer more than doubled, while in the market as a whole, sales agreed of houses rose by 61% year-on-year.

The million-pound hotspots are in Norfolk, Wiltshire and Cornwall, according to Rightmove. In Norfolk, the number of sales being agreed by agents more than tripled in August, up 244% compared with the same month in 2019, while sales in the two south-western counties soared by 174% and 165% respectively.

Tim Bannister, Rightmove’s director of property data, said: “Unsurprisingly, the counties seeing the biggest annual rise for sales agreed of million-pound homes all benefit from beautiful coasts and countryside. Available stock in this price bracket is up around 2% compared to this time last year, which is the first time since 2018 that there’s been an annual jump, meaning there’s a little bit more choice for this group of buyers.”

Property experts said high-income buyers are evidently seeking more space. Wealthy people who need not worry about losing their jobs and are less constrained by the mortgage market have been able to act on their desire for a bigger house, said Tom Bill, head of UK residential research at the upmarket estate agent Knight Frank.

By region, the east Midlands and south-west have seen the biggest increases in sales agreed for such homes, of 132% and 123% respectively, according to Rightmove. At a local level, the fastest sales are in Hackney, Stoke Newington and the leafy south London areas of Balham and Tooting, while outside the capital the fastest markets are in Cambridge, Berkhamsted, Harpenden and Epsom.

Lucian Cook, head of residential research at the estate agent Savills, said the home-working trend had also fed demand for good-quality family homes in places such as Guildford, Winchester and St Albans, or villages close to a train station and what he described as “lifestyle relocation markets” such as Devon, Suffolk and north Yorkshire.

Renters have also been moving out of city centres in search of leafier areas, as fewer of them have to commute to work, forcing landlords in London and other cities to slash rents in order to attract tenants.