The 2018 MICHELIN Guide Spain & Portugal selection has a total of 20 new two-star establishments, with 15 in Spain and 5 in Portugal. Among the newly starred restaurants are:

Maralba in Almansa (Albacete), where chef Fran MARTINEZ offers regionally inspired cuisine and surprises with the talent he employs in his vision of the produce combined with great technical skill;

Dos Cielos in Barcelona, where brothers Sergio and Javier TORRES serve creative food that perfectly masters the blends of flavours, and Disfrutar, also in Barcelona. Chefs Eduard XATRUCH, Oriol CASTRO and Mateu CASAÑAS, trained in the kitchens of elBulli, united their forces and talents in this restaurant where fantasy and creativity underpin a cuisine that is distinguished bythe great purity of flavours.

In Madrid, the restaurant Coque also gets a second star: in this new space that increases and elevates the customer experience, Mario SANDOVAL and his brothers continue to offer the wonderful cuisine they previously offered when their restaurant was in Humanes de Madrid.

This year TWO luxury restaurants in Portugal receive their first star: Gusto, in Almancil, which offers dishes with Mediterranean and international influences, and Vista, in Praia da Rocha (Portimão), where the cuisine showcases regional and local produce from the sea.

177 high-end establishments receive one star in the 2018 MICHELIN Guide Spain & Portugal, including 17 new restaurants in Spain and 2 in Portugal.

In Andalusia, the restaurants Alevante in Chiclana de la Frontera / Novo Sancti Petri in Cadiz and Bardal in Ronda (Malaga) receive one star, as does the restaurant Caelis, which has just moved, and Enigma, both in Barcelona, and Castell Peralada
(Peralada) a restaurant in the towers of a magnificent medieval castle in Girona.

In the heart of Madrid, two restaurants have been awarded one star: La Candela Restò where chef Samy Ali RANDO offers fusion cuisine, and Cebo, the Urban hotel restaurant, where chef Aurelio MORALES serves food that combines the flavours of Madrid and Catalonia.

In the Basque Country, two establishments receive one star this year: Amelia in San Sebastián (Guipúzcoa) and Eneko in Larrabetzu (Biscay), where the kitchen is supervised by Eneko ATXA.

Three establishments in the Valencia region have been awarded one star: Sucede, in Valencia itself, along with Audrey’s by Rafa Soler (Calp) and El Rodat (Xàbia), both in the province of Alicante. 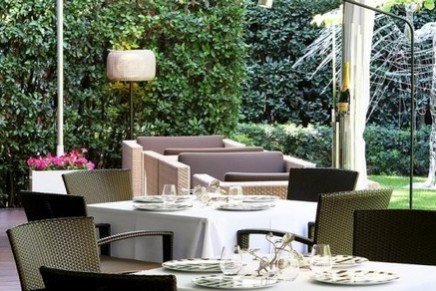 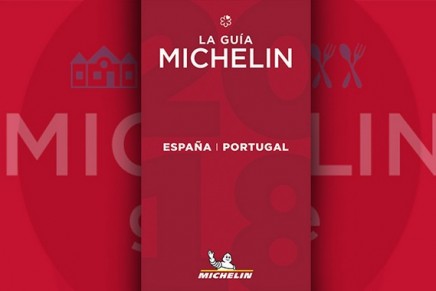