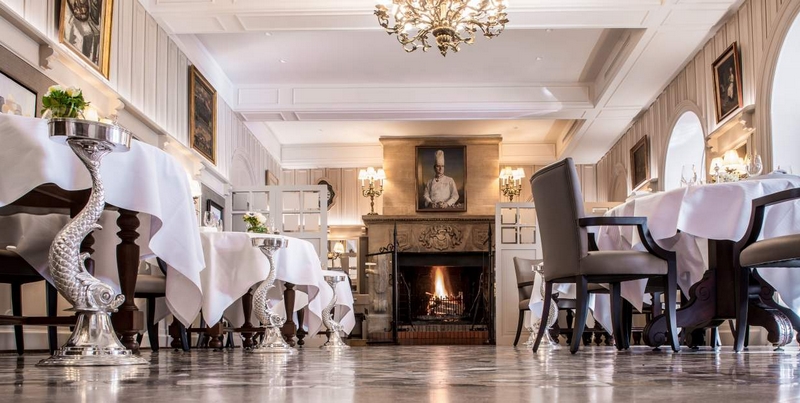 This article titled “Michelin launches 2020 guide amid controversy over Bocuse downgrade” was written by Kim Willsher in Paris, for theguardian.com on Monday 27th January 2020 18.58 UTC

The 2020 edition of the Michelin guide, the “gastronomy bible” that can make or break restaurant reputations, has been launched amid fresh controversy over a leak that revealed it had downgraded the oldest three-star restaurant in the world.

After a year in which the little red book’s ratings have been challenged in court, the loss of a coveted third star for the late chef Paul Bocuse’s Auberge du Pont de Collonges near Lyon sparked anger in the restaurant world.

Gwendal Poullennec, the head of the Michelin guide, defended the move by insisting stars were not “inherited” and “must be earned every year”.

“We obviously understand the emotion that the loss of a star can provoke, but there is no exceptional treatment,” he told Agence France-Presse.

The new guide, which received a relatively low-key launch in Paris, contains 3,439 restaurant listings in France and Monaco, 628 of them starred. New three-star ratings went to Christopher Coutanceau, who has a seafood restaurant in La Rochelle, Kei Kobayashi, the Japanese-born chef at Kei restaurant in Paris, and L’Oustau de Baumanière, a family restaurant at Les-baux-de-Provence that lost its third star in 1954.

There were 11 restaurants given two stars for the first time and 49 new one-star restaurants.

The star ranking for restaurants was introduced in 1931. One for “high quality” cooking, two for “excellent”, and three for “exceptional cuisine”.

Michelin’s turbulent last 12 months followed its downgrading of three of its three-star restaurants in the 2019 guide: Auberge de l’Ill in Alsace, which had boasted three stars for half a century, the Parisian restaurant l’Astrance and – most controversially – Marc Veyrat’s Alpine restaurant La Maison des Bois, which had been given a third star just a year previously.

Veyrat sued the guide after he said one of its inspectors made the “profoundly offensive” suggestion that he had used British cheese in a soufflé and demanded to see the inspector’s notes. He lost the case to Michelin, who called Veyrat a “narcissistic diva”.

The guide was started 120 years ago by the tyre company founders André and Édouard Michelin, who published a travel book to encourage motorists to explore more of France. The first run of 35,000 copies including maps, advice on changing tyres, a list of petrol stations, garages and hotels, quickly sold out and similar guides were produced for Belgium, Germany, Portugal and Spain.

Today, of the 30,000 restaurants listed, only 130 have the highest three-star ranking but a handful of French restaurant owners have in recent years given up their three stars, saying the pressure and cost of maintaining top-level kitchens is too onerous.

For some it is literally a matter of life and death. In 2003, the celebrated three-star chef Bernard Loiseau shot himself after rumours his Burgundy restaurant was about to lose a star.

Critics also argue that fewer and fewer diners are willing to spend a fortune on a meal.

“Good gastronomy shines way outside our own borders. It is part of the art de vivre of which we are so proud,” Poullennec said at the launch. “Our inspectors regularly eat your dishes which gives our stars a real value.”

Since 2005, the Michelin guide has produced editions for New York, San Francisco, Las Vegas, Los Angeles and Tokyo, in English and Japanese. The company says more than 30m Michelin Guides have been sold worldwide.